“It’s Okay” to “Crash Land” on “Itaewon” in “Beloved Summer”

Although these dramas have ended, the emotions linger on in the hearts of many drama fans. For those who still aren’t ready to let go, visit the drama’s filming locations to trick yourself into believing in a chance encounter with your favorite drama characters. Even if you can’t meet the fictional characters in real life, it’s a nice feeling to rekindle the stirring emotions and revisit scenes in your mind through the perspective of your favorite characters at recognizable drama locations.

Filming Locations of Our Beloved Summer

A coming-of-age romantic comedy depicting two ex-lovers who reunite after years and engage in a summer-like romantic affair. The drama captured the hearts of the audience by featuring neighborhoods that portray Korea’s classic beauty and intriguing scenic locations.

Many scenes and settings from the drama were filmed at Haenggung-dong in Suwon: Choi Ung’s (Choi Woo-shik) pretty white-walled house, the park where Choi Ung and Kook Yeon-su (Kim Da-mi) dated, the alleyway where Yeon-su spilled jujubes, Yeon-su’s mural house, and the walled street where the awkward interview was held. Haenggung-dong is also the neighborhood where the UNESCO-registered Temporary Palace at Hwaseong Fortress is located. Due to its historical significance, the streets and alleys are lined with cafés and buildings resembling or designed as hanok buildings. The house of Choi Ung was once a café, but is now only available for viewing. 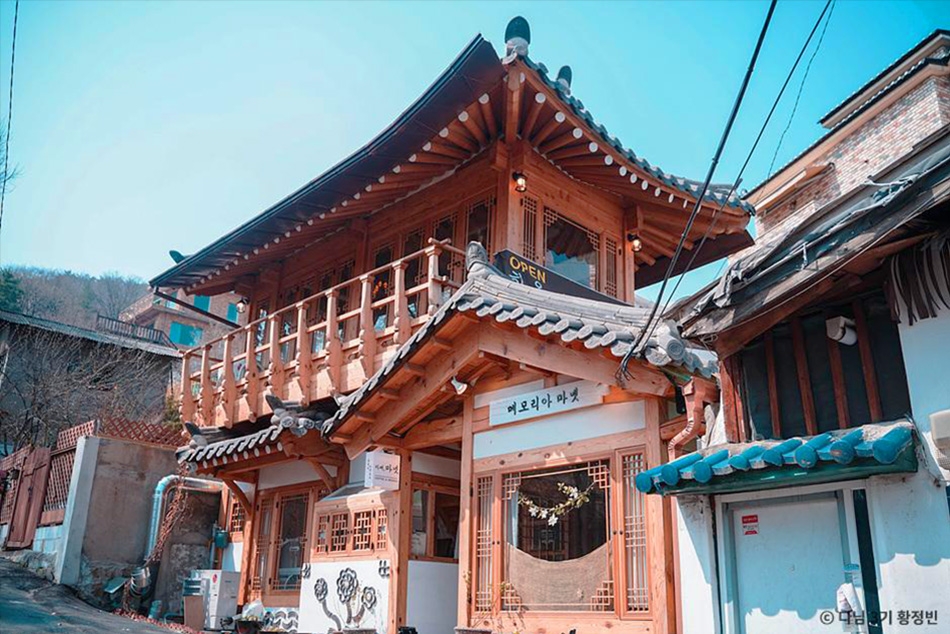 The first and the last travel destination visited by Choi Ung and Kook Yeon-su. The ocean sunset, gentle waves, and the wooden deck over the water all come together to create a scenic view. Follow the coastal road for five minutes to reach the filming location. The port is also a popular sunset viewing spot in the Seoul metropolitan area.

In episodes 7 and 8, friend Kim Ji-Ung (Kim Sung-cheol) takes the couple-to-be to a vacation house to film his documentary film. In real life, this building is not a lodging facility but an administration office open to authorized personnel. This building is located in a private forest created in a voluntary effort to slow down global warming. The picturesque scenery of the yellow western-style building among the tall metasequoia trees is a sight you would only expect to see in a distant land in Europe. 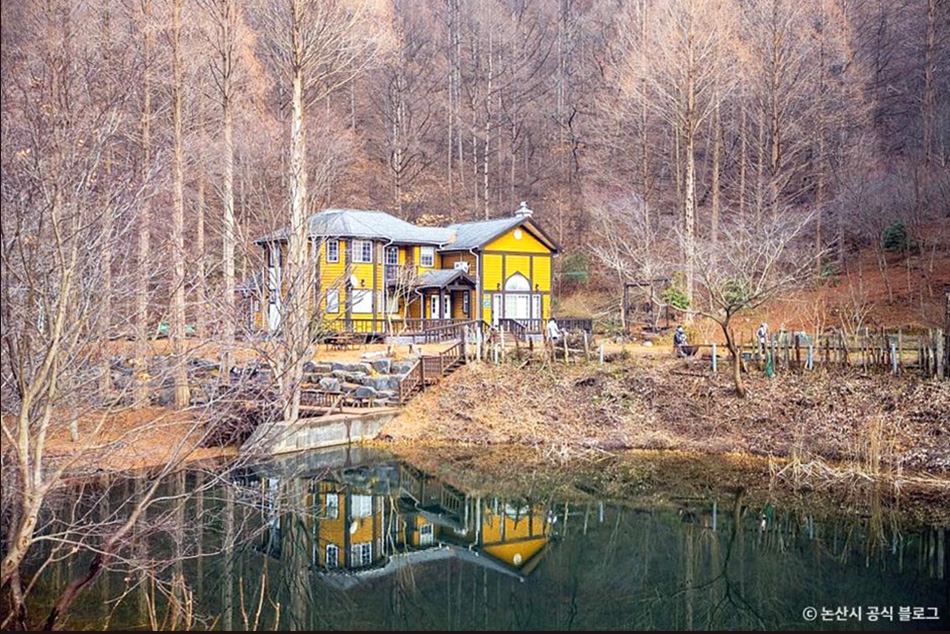 Itaewon Class depicts ambitious youngsters who go head-to-head with the injustice brought onto their lives. As the title suggests, majority of the scenes were filmed in Itaewon. In particular, the streets of Itaewon and the area nearby Noksapyeong Station where Seoul Namsan Tower comes into view are well-known scenic nightscape spots.

This is where Park Saeroyi (Park Seo-joon) opened his pub “DanBam.” Many viewers may recall the last scene in episode 2 where Saeroyi and Soo-ah (Kwon Na-ra) stumbled upon each other right in front of this pub, ending the episode with a surprised smile on their face. The pub since then became a pivotal setting for the events that followed. The fictional pub is now a restaurant in business, accepting customers under the new name “TanBam.” However, the name is registered as “Seoul Bam” on online maps so take note if you’re planning on visiting the place. The restaurant serves foods that made appearances in the drama series, like sundubu jjigae (soft bean curd jjigae) and doeji sukju bokkeum (stir-fried pork and mung bean sprouts). 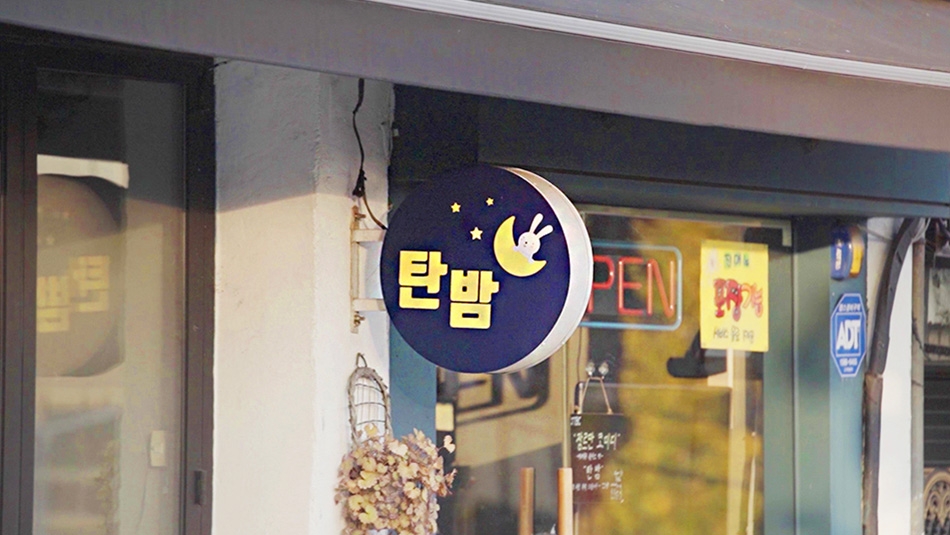 Many scenes were filmed on this bridge, including one of the most memorable moments of the series when Saeroyi admitted he needs Yi-seo in episode 6. This overpass is known to show great nighttime photo results with Seoul Namsan Tower in view in the background along with city lights from the streets, vehicles, and nearby buildings.

This rooftop lounge bar is where Yi-seo kissed Saeroyi while sharing drinks. The bar consists of two floors, located on floor 3 and 4, with the latter being where the rooftop scene was filmed. The interior resembles that of a luxurious hotel, making the evening mood even more romantic. The bar sells a diverse range of alcohol including house wines, whiskey, cocktails, and vodkas.

Filming Locations of Crash Landing on You

Crash Landing on You focuses on the encounter and events of a South Korean female CEO and a North Korean male army officer who become star-crossed lovers. The filming locations of this drama are as romantic and fascinating as the couple’s love story. These locations are especially recommended to couples who are planning on a romantic getaway.

Jungangtap Park is where Ri Jeong-hyuk (Hyun Bin) and Yoon Se-ri (Son Ye-jin) reunite with Ri’s men while in South Korea. With Jungangtap Pagoda at the center, there is a walking path that follows along the Namhangang River. The walking path is dotted with sculptures and dimensional photo zones for taking memorable photos. In particular, the giant moon replica set against the 7-story pagoda is picked as the best evening photo spot in the area. You can also find the “Crash Landing on You bench” that appeared in the drama. 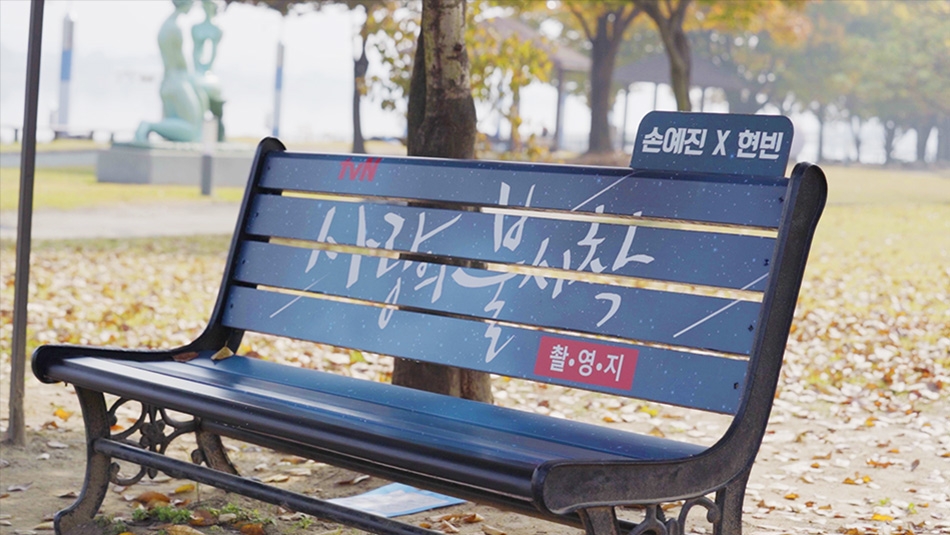 This is where the “GuDan” couple, the popular second love arc in the series, expressed their true feelings for each other. The 1.4-kilometer bridge becomes adorned with colorful lights at night, making it feel as if you’re walking over a rainbow. Next to the colorfully lit bridge is a big, bright moon replica floating on the river that adds a mysterious touch to your photos. If you’re planning to visit in summer, don’t miss out on the entertaining musical fountain show.

The drama begins with Yoon Se-ri, the main character, accidentally landing on North Korean territory when she meets an unexpected gust of wind while paragliding. She is helplessly stuck in a tree in a forest in the middle of nowhere until she is encountered by her lover-to-be Ri Jeong-hyuk, and from then on the story takes off. This forest, which was portrayed to be a part of the Demilitarized Zone (DMZ) in the drama, is actually located in Ara-dong in the northern region of Jeju Island. The forest is part of a 5.5-kilometer walking trail and the tree Se-ri was stuck in can be found near Kaldaripokpo Falls. In addition to Ara-dong’s natural forest, you will also come across many historical and cultural heritages while following this path.

Filming Locations of It’s Okay to Not Be Okay

It’s Okay to Not Be Okay is a romantic comedy that looks into the lives of Gang-tae (Kim Soo-hyun), a caretaker who works at a psychiatric hospital, and Mun-yeong (Seo Yea-ji), a successful children‘s book author, and how they overcome their emotional wounds through their relationship. Not only did this drama draw the attention of many viewers with beautiful blue ocean scenery, but also for featuring a café and a restaurant that are both popular in real life.

The OK Psychiatric Hospital in the drama is currently a bakery and café that operates under the name “Jeongwon,” which means garden. Although the hospital is fictional, its pretty and relaxing garden that often made appearances is indeed a real garden by the café’s yard. The café has also kept the bench where the patients would sit and relax, the photo of the main cast hung by Gang-tae, and the mini garden tended by Sang-tae (Oh Jung-se), allowing fans to recollect scenes from the drama.

Remember that blue ocean that often appeared beyond the hospital hill? Its name is Ayajin Beach, and its presence in the last scene of episode 8 made Gang-tae’s smile seem even brighter as he tells Mun-yeong that he wants to go on a trip with her. Ayajin Beach is popular among vacationers for its shallow emerald waters, perfect for snorkeling, and fine sand.

Viewers may remember this place from the scene where viewers were introduced to Mun-young. She was seen eating steak in a sunlit dining area until she was interrupted by a young fan, who left crying at Mun-yeong’s cynical words. This place is actually a light bulb-themed café named Light House. Formerly used as a hospital, the building was renovated and decorated with hospital props along with items related to light bulbs, such as a device that makes light bulbs and a huge mirror ball. The scene from the drama was filmed on the 2nd floor of the annex building.

The chicken restaurant owned by Gang-tae and his friend Jae-su that appears in episode 2 is a real chicken restaurant located in Gaehang-ro. The place was already a popular restaurant even before its appearance in the drama for its retro atmosphere. The restaurant’s signature menu consists of oven roasted rosé chicken with Gaehang-ro beer and cheese chicken roast. The sign sticker of the name used in the drama, “Assa Jaesu Chicken,” still remains on the window.

This column was last updated in April 2022, and therefore information may differ from what is presented here. We advise you to check details before visiting.