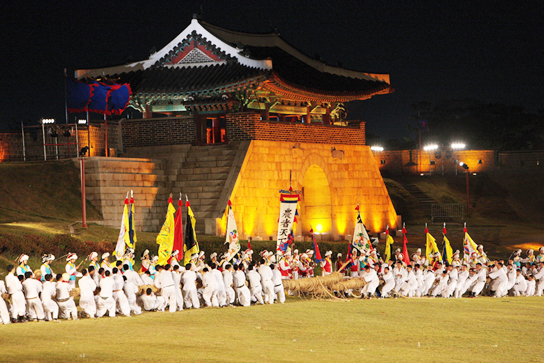 Juldarigi is a tug-of-war game in which many people divide into two teams, grab hold of a long rope and try to pull the rope in the opposite direction. This game was generally played before rice harvesting to wish for a good harvest. Juldarigi is not only a game, it is also seen as a ritual promoting solidarity and communication among the villagers. The villagers would gather their hopes as one to start the new agricultural cycle and elders called the youth into the community. Through the tugging on the rope, the farmers were able to show all the strength they had for the coming labor. Tugging rituals and games were inscribed on the UNESCO Intangible Heritage of Humanity List due to the high value in traditional rice farming culture that they carry.