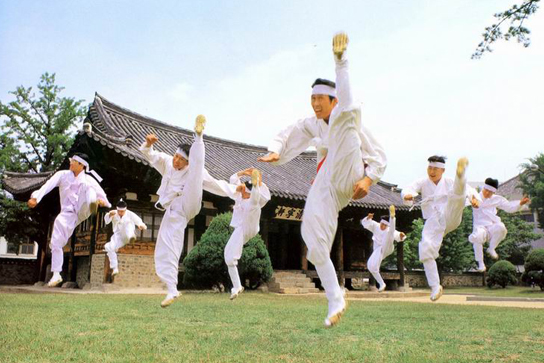 Taekkyeon is a traditional Korean martial art that dates back to the Three Kingdoms Era (57 BC - 676 AD). Although it teaches fighting skills, the movements are graceful and gentle rather than straight and rigid. Taekkyeon also requires enormous flexibility and inner strength, and uses a broad variety of offensive and defensive skills so as to not hurt one’s opponent. In that sense, taekkyeon has not only played a significant role in offering an accessible sport to a vast audience, but also in promoting public health and community integration.