The Love Story in Gongjin is Still Ongoing! 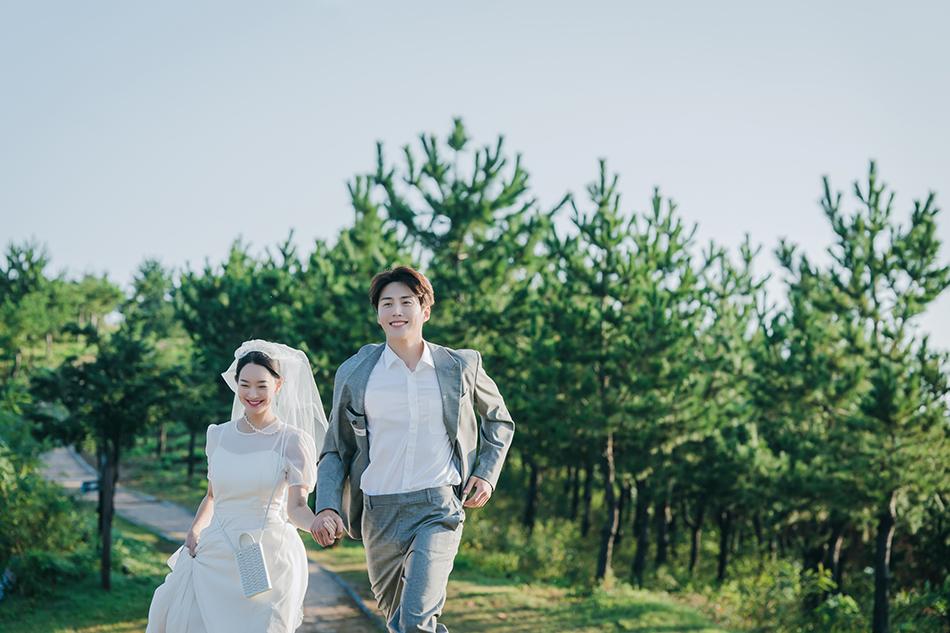 Gongjin is a small fishing village in Gangwon-do. It feels like any other fishing village in Korea, except it is home to a boat on a mountain and a dental clinic with a better ocean view than any seaside café. Gongjin is a fictional village in the tvN drama “Hometown Cha-Cha-Cha (2021).” Although this village isn’t real, the drama’s filming locations exist in Cheongha-myeon and Guryongpo of Pohang, Gyeongsangbuk-do. Indeed, traces of the charming Gongjin village can still be found there. Wander into your television screen with this trip into Hometown Cha-Cha-Cha’s filming locations. 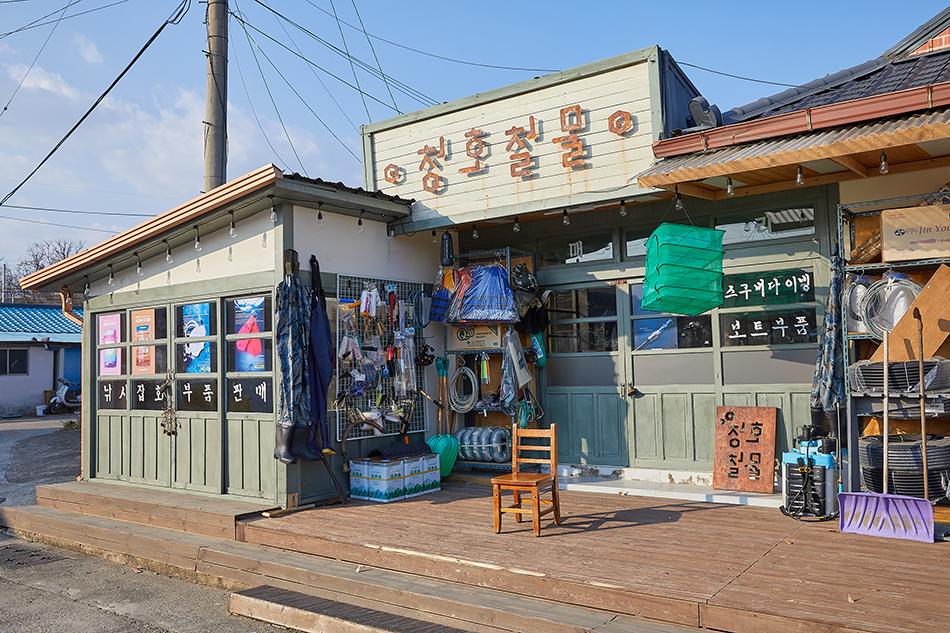 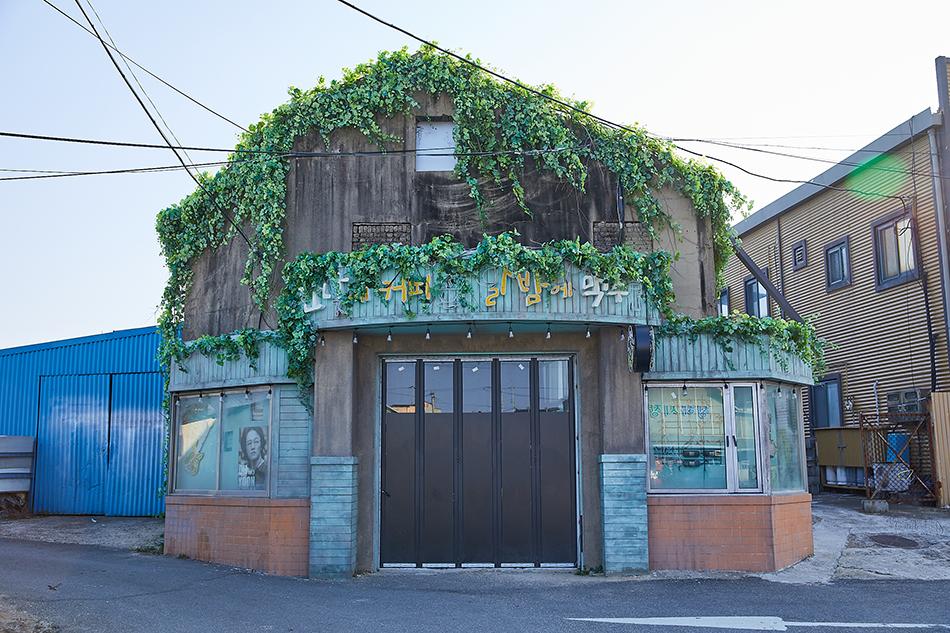 Scenes in Gongjin Market, where the people of Gongjin go on with their lives, from the Oyun Café to Bora Supermarket and Cheongho Hardware Store, were filmed at Cheongha Market in Pohang. Cheongha Market is a simple, little market that retains the atmosphere shown in the drama, including a squid statue located at its center. When you walk between the stalls, you will feel as if you can hear the drama’s signature song, “Romantic Sunday.” Note that the filming location for the Oyun Café is an aluminum factory currently in business, so make sure to wait until the factory closes for the day before visiting the Oyun Café you know and love. 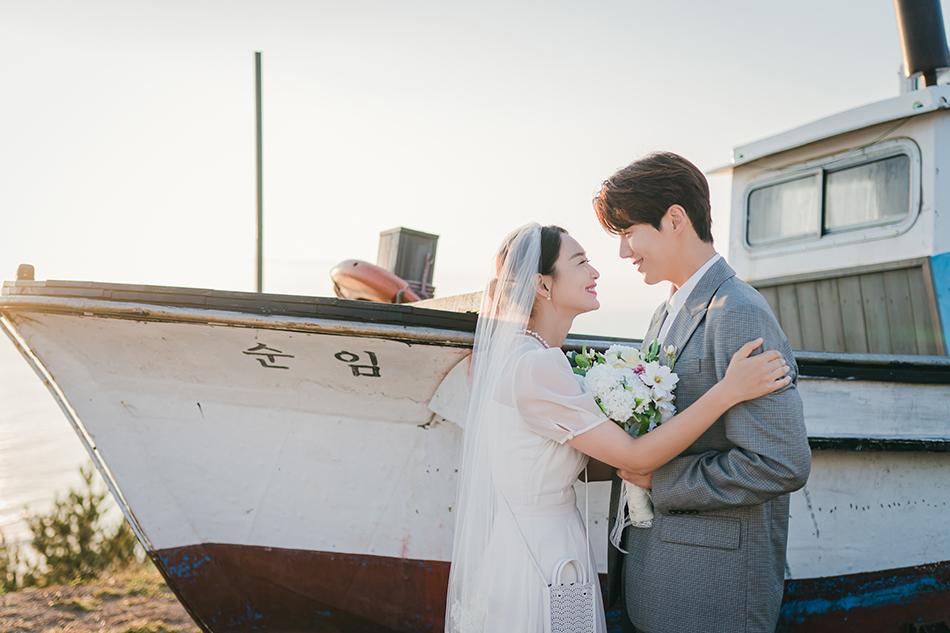 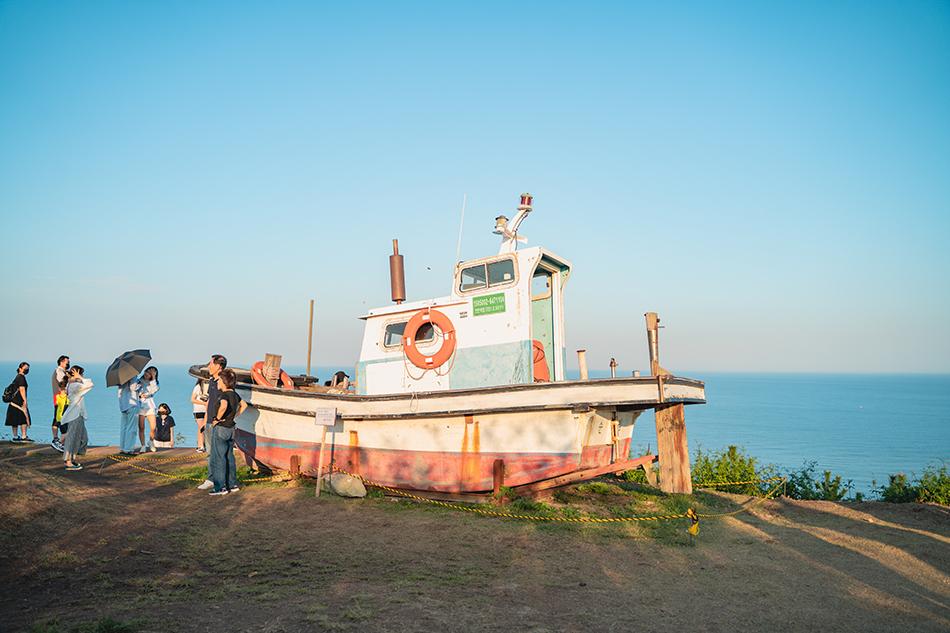 The hill where Chief Hong’s boat is seated is at the Sabang Memorial Park. This park was already a visit-worthy destination for its wonderful sea view and landscape with beautiful plants and cultural artifacts. Its popularity skyrocketed with its appearance as the hideout of Chief Hong in Hometown Cha-Cha-Cha. The Boat on the Hill was a set created for the drama, but now, it is one of the most popular locations in this park. 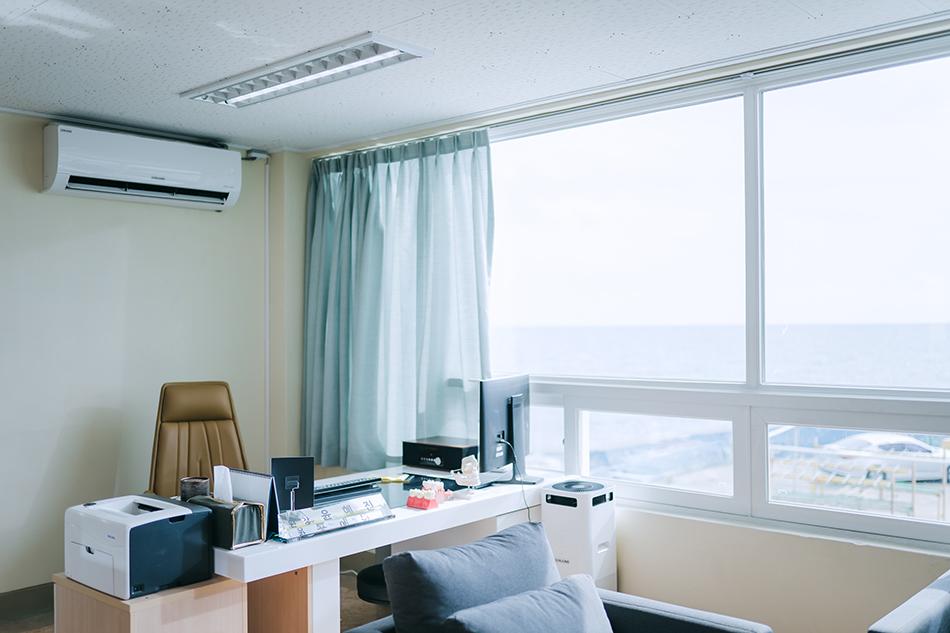 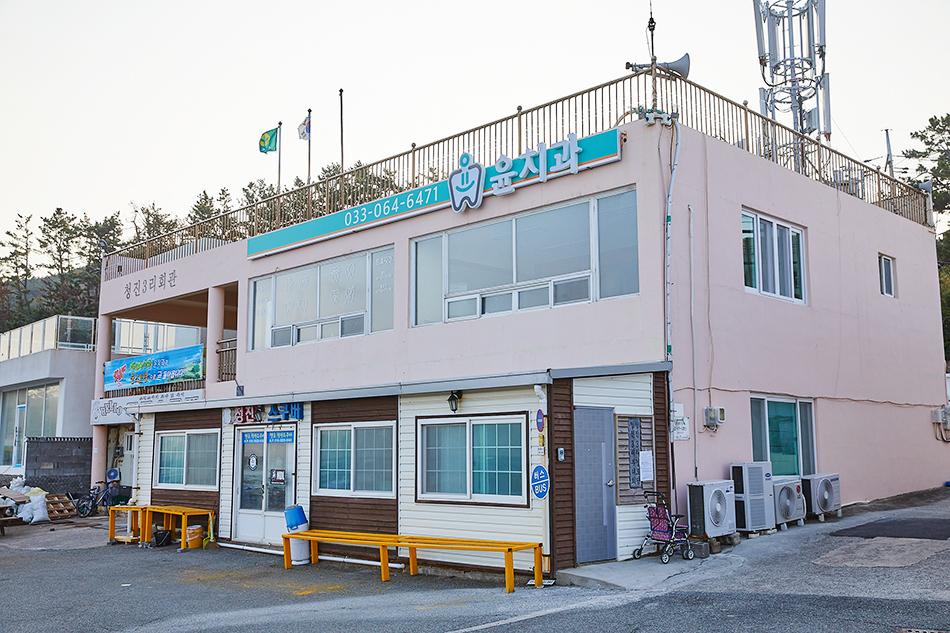 Yoon Dental Clinic, which boasts a better ocean view than most cafés or hotels, was created by remodeling the Fishermen’s Welfare Center located at Cheongjin Port seaside. The building still has the green signboard for the dental clinic. Unfortunately, visitors are not allowed to go inside the building. However, there is a café next door and a shop on the first floor that sells scuba gear. So, visitors can make up for their disappointment with the ocean view from the café or a trip underwater. 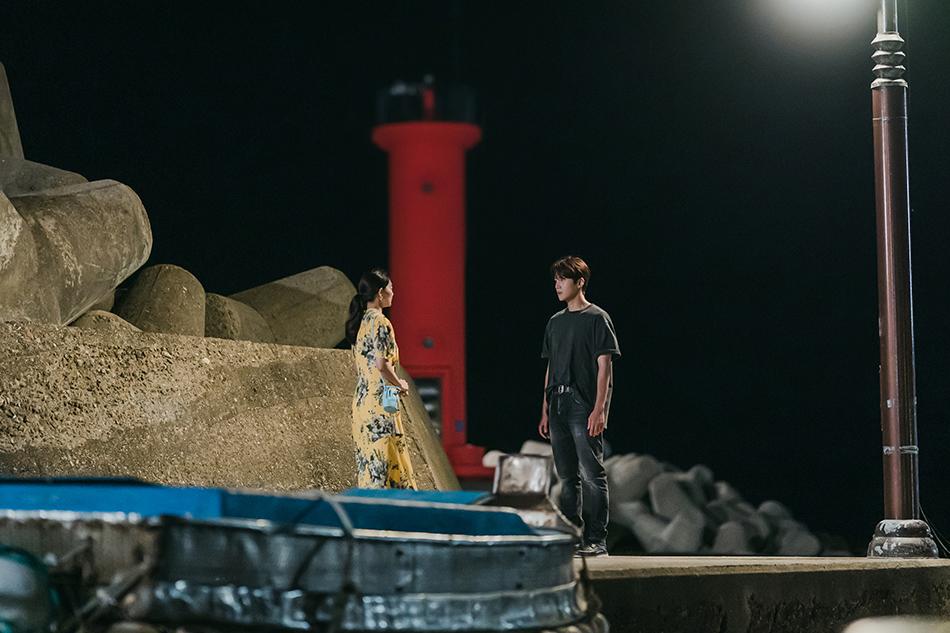 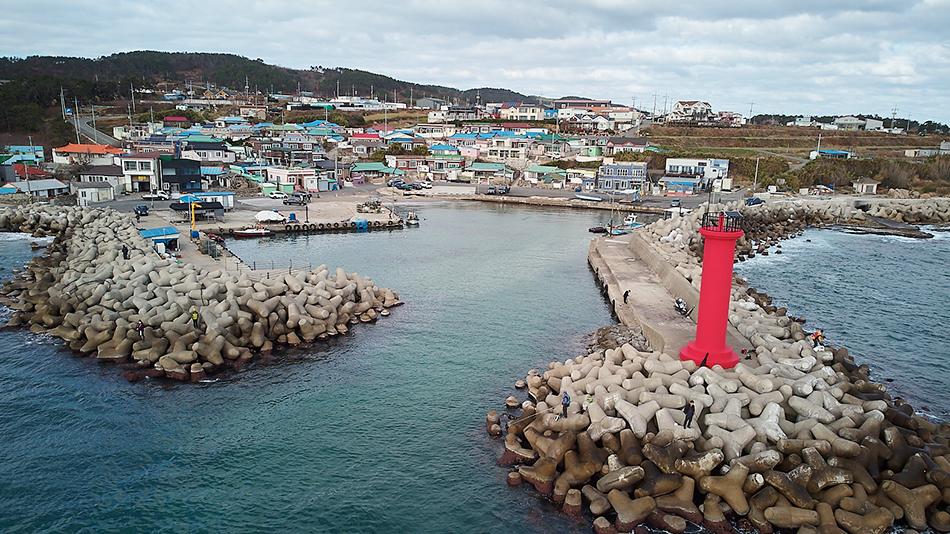 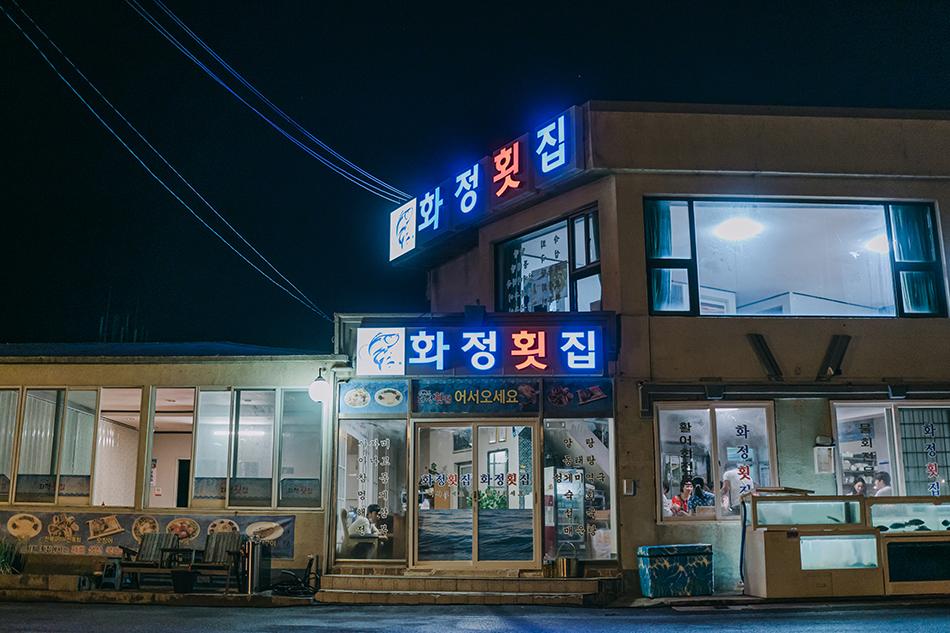 Ji Seong-hyun’s mouthwatering dining scene was filmed at Hwajeong Hoetjip, a restaurant with the same name and appearance as the restaurant from the drama. Unfortunately, the restaurant is no longer in business. Although visitors cannot enjoy the restaurant’s fresh sliced raw fish (hoe) and seafood dishes, you can still see the restaurant as it was seen in the drama. How about a walk along the beach or some photos of the amazing scenery? 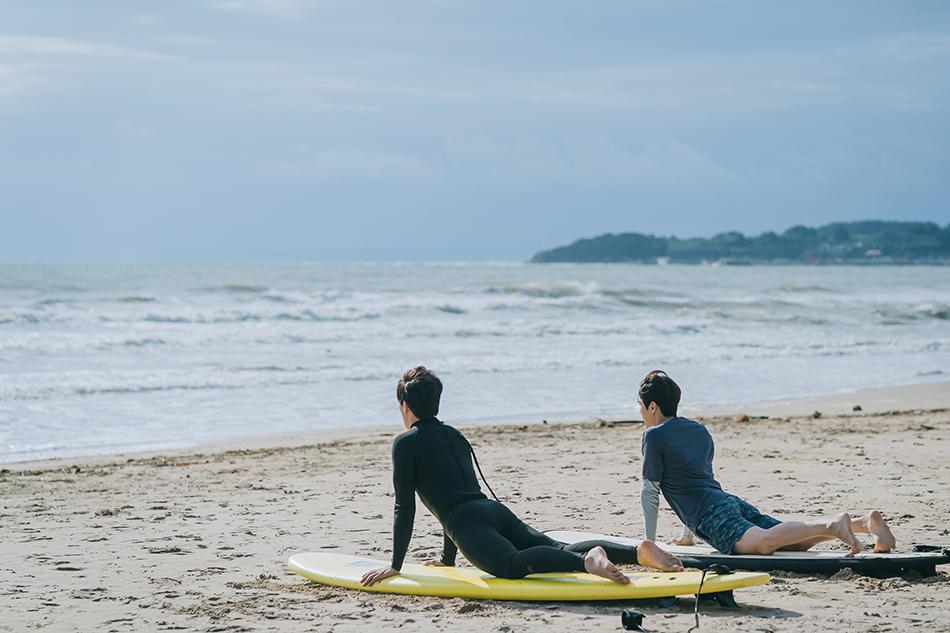 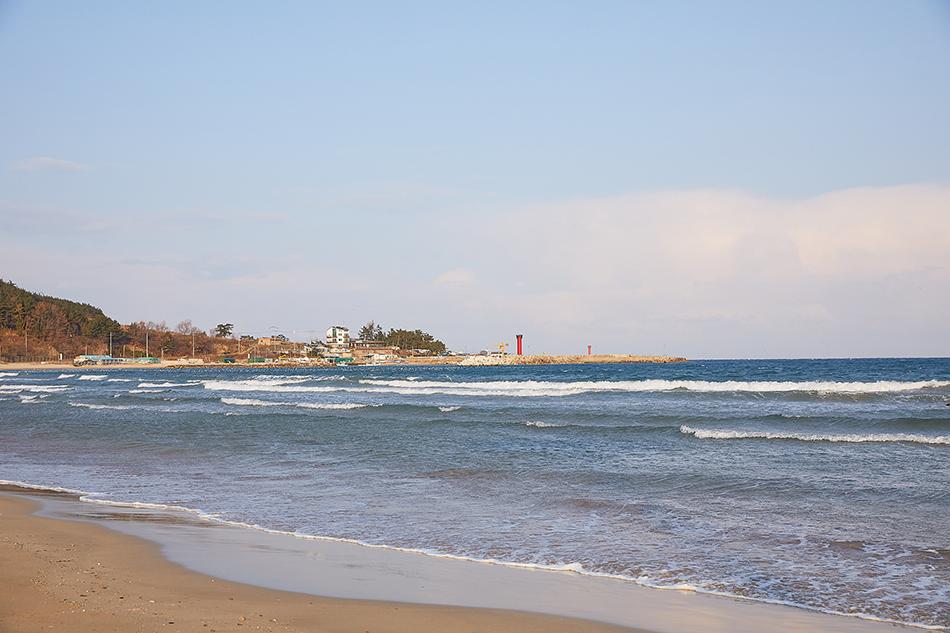 Chief Hong’s surfing scene on the emerald sea was filmed at Wolpo Beach. The beach’s name tells us that the sea is clear enough for the moonlight to be reflected off it. Indeed, a moon sculpture can be found at the entrance to the beach. An auto campground and a shop that rents out surfing equipment are located near the beach, making it a very popular destination in summer. 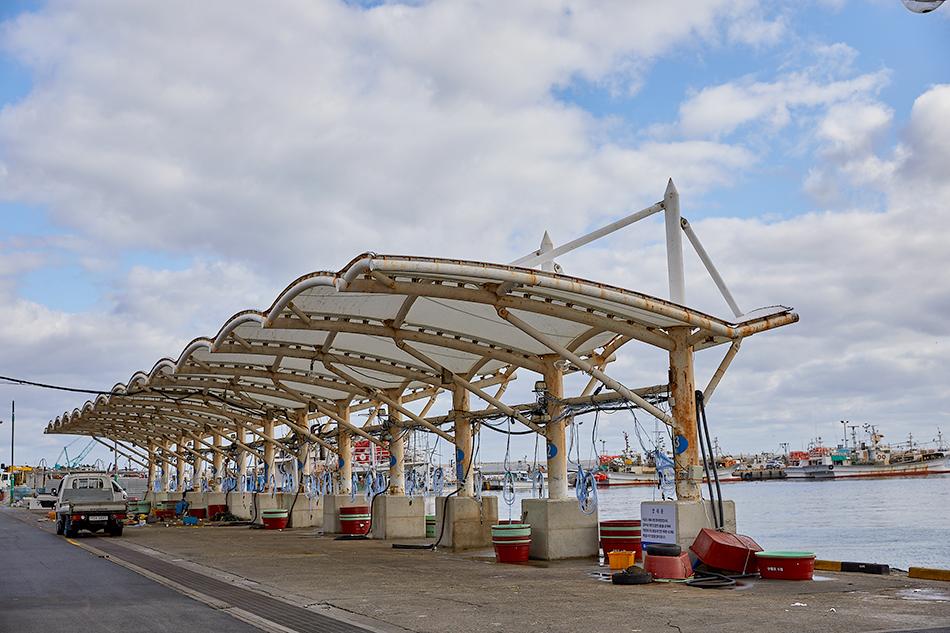 Gongjin Port, the charming port where Chief Hong presides over the auction and Hye-jin prepared squid with the grannies of the village, is actually called Yangpo Port. Just like the series, an auction is held every morning at 5 AM, where you can score some fresh seafood at lower prices. The port is also a famous spot for fishing enthusiasts. Nearby stalls also offer raw fish sliced by the grannies of the neighborhood, so go there if you want to try some fresh sliced raw fish.

Do you still hear the show’s original soundtrack or feel your heart jump when you see a picture of a fishing village? For those who are suffering from the lingering aftereffects of Hometown Cha-Cha-Cha’s finale, program director (PD) Ji Seong-hyun is back in Gongjin from this trip through a VR (virtual reality) program. Go to the following VR page to join PD Ji Seong-hyun on his return to Gongjin. He will also be sharing behind-the-scene stories of Hometown Cha-Cha-Cha.