Goryeo Palace, a Royal Palace That Resembles a Peony Blossom 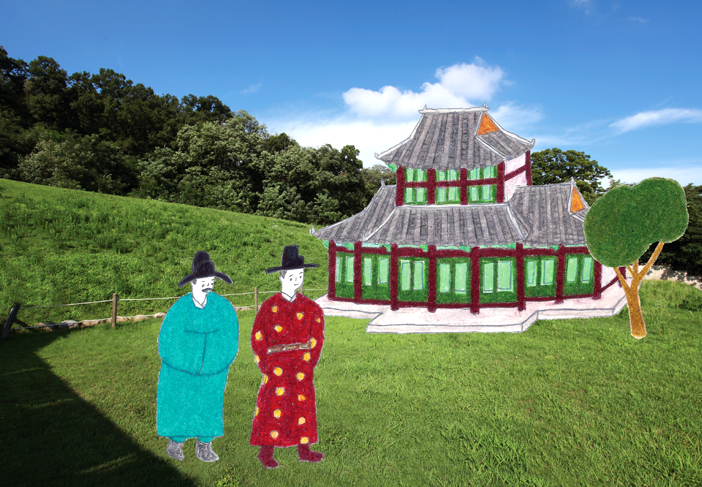 【 An image of Goryeo Palace Site 】

On a warm, blooming spring day, the first son of King Gojong*, the 23rd king of Goryeo Kingdom (A.D. 918-1392), was born in the capital Gaegyeong. Everybody in the place loved the baby prince, and laughter filled the palace. One day, the Mongol army invaded Goryeo from the north. The Mongol kingdom built by Genghis Khan rapidly grew into a large, powerful force. The Mongol army was so notorious for devasting the entire cities and villages they attacked that those who faced the army had only two choices: death or surrender. In 1232, the Goryeo Kingdom rapidly moved the capital to Ganghwado Island, and King Gojong, Prince Sik and 100,000 households evacuated to the island within 20 days. Surrounded by the sea, the island was a natural fortress since Mongolians, who were born and raised on grasslands, feared the sea. 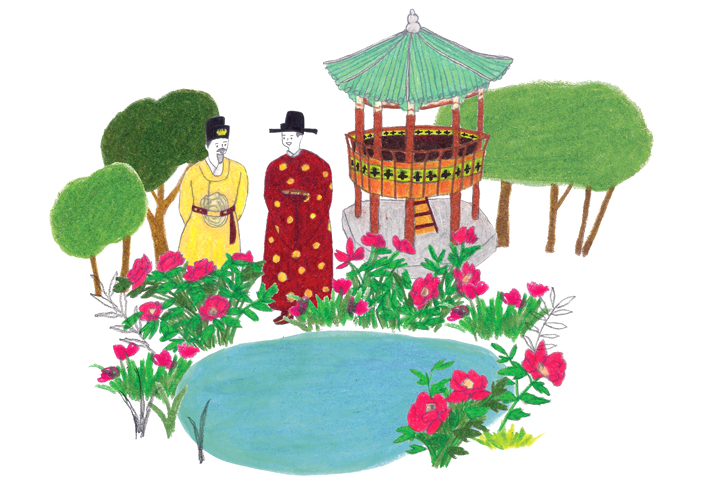 Prince Sik led the Goryeo army along with a group of young people mobilized from across the country, and they worked day and night to build Goryeo Palace in two years. They built Seungpyeongmun Gate (the south gate of the palace) next to a large courtyard. Seongyeongjeon Hall (the principal office of the king ) and Yeongyeonggung Palace (the main building) stood behind UIbongmun Gate. Among the 14 attached buildings including Ganganjeon Hall, Yeongsujeon Hall, and Gyeongryeongjeon Hall, Sanhojeong Garden located on the backside of the palace was Sik’s favorite place in the palace.

However, the war continued for more than 30 years. The Mongol army’s pressure on Goryeo intensified, the Goryeo subjects suffered, and Sik's father King Gojong became old and feeble. Sik visited the king of Mongol to end the long and tedious fight. However, his father died while he was in Mongol. Sik hurriedly returned to Goryeo Palace on Ganghwado Island and ascended the throne as King Wonjong*, the 24th King of Goryeo. The Goryeo Kingdom had to remove entire facilities that were built to fight against Mongol, in return for maintaining Goryeo’s name and system. In 1270, before leaving Ganghwado Island, which was the capital of the kingdom for 39 years, Sik (now King Wonjong) had to burn down Goryeo Palace the place where he spent his youth. The fire engulfed the palace for several days and nights. As he watched the palace burn to ashes, Sik shed tears of blood. Would this be the end of Goryeo Palace?

*The titles Gojong and Wonjong: In ancient Korea, when a king died, civil servants gave him a temple name and enshrined the king’s ancestral tablet in Jongmyo Shrine. The kings were called different names when they were alive, but here we use the temple names Gojong and Wonjong to help readers understand the story with ease.