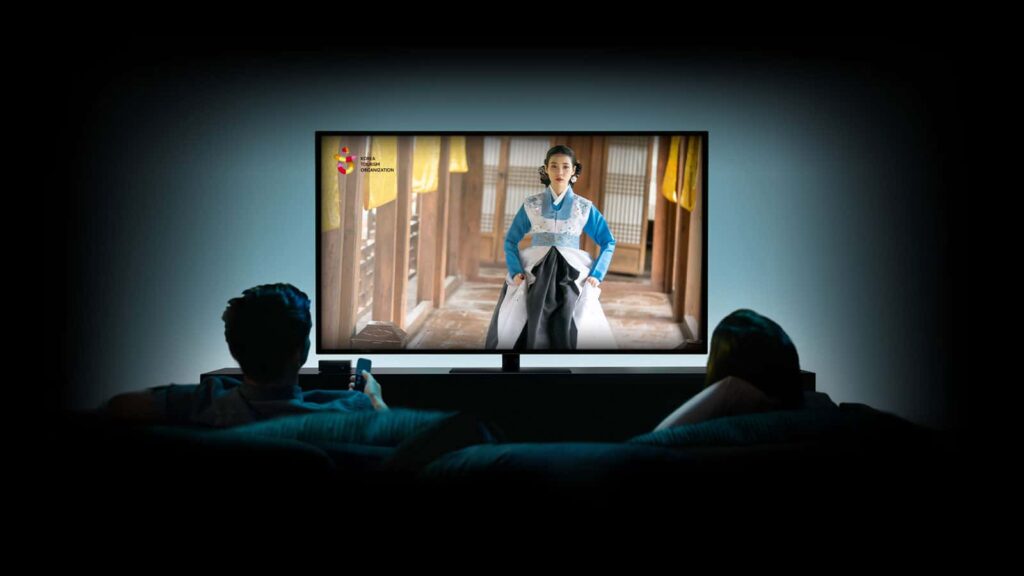 On Monday 2 November, the Korea Tourism Organization London Office announced a special prize giveaway encouraging UK followers to visit Korea from the comfort of their living rooms by exploring Korean content on popular streaming site Netflix. The announcement came as the UK went into a second lockdown for a month to prevent the spread of COVID-19, with the hope that K-Films and Dramas would provide an alternative form of travel in these restrictive times.

Inspired by the Korea Tourism Organization’s global campaign to Explore Korea Through Netflix, the giveaway asks participants to take a selfie watching their favourite K-Film or Drama and upload it to their personal social media accounts. They are also asked to complete a simple survey about their favourite K-Films and Dramas, which cities they’d most like to visit in Korea, and which activities (seen in Korean films or dramas) they’d most like to try. The aim of this survey is to provide new insight into the role of Korean Netflix content in promoting travel to Korea.

The top prizes, of course, are Netflix-themed and include a Samsung UHD TV 65” and LG Home Theatre Speaker System, designed to provide the ultimate K-Film and Drama viewing experience at home. There are a variety of smaller prizes available for as many as 35 winners, including a Samsung Galaxy Watch, Samsung Galaxy Buds Live and John Lewis Vouchers.

The database of Korean content on Netflix is growing and is increasingly popular among UK viewers, with films like Okja (Bong Joon-ho, 2017) and Time to Hunt (Yoon Sung-hyun, 2020) gaining widespread attention – especially after the success of Parasite at the Oscars earlier this year. K-Dramas such as Itaewon Class, Hotel Del Luna and Netflix original Kingdom (to name a few) have also attracted avid fans in the UK.

Korean films and dramas have always been instrumental in attracting tourists to Korea, with visitors keen to explore the shooting locations that have captured their imaginations on screen. It is hoped this event will encourage more people in the UK to explore Korean content on Netflix, as an inspirational starting point for planning their next trip to Korea.

Please remember that despite these difficult times, #OurHeartsAreAlwaysOpen and we look forward to welcoming you to Korea as soon as it’s safe again.

To find out more and enter the giveaway, visit the event page here.*

*Entries are restricted to UK residents only and must be submitted by 22 November 2020.