After almost two years, the Korea Tourism Organization – Manila Office has once again held what used to be an annual travel event, the Korea Travel Fiesta 2021. It was held at the Ayala Malls Manila Bay Activity Center last December 4 and 5, and livestreamed simultaneously on YouTube and Facebook accounts of KTO Manila Office. 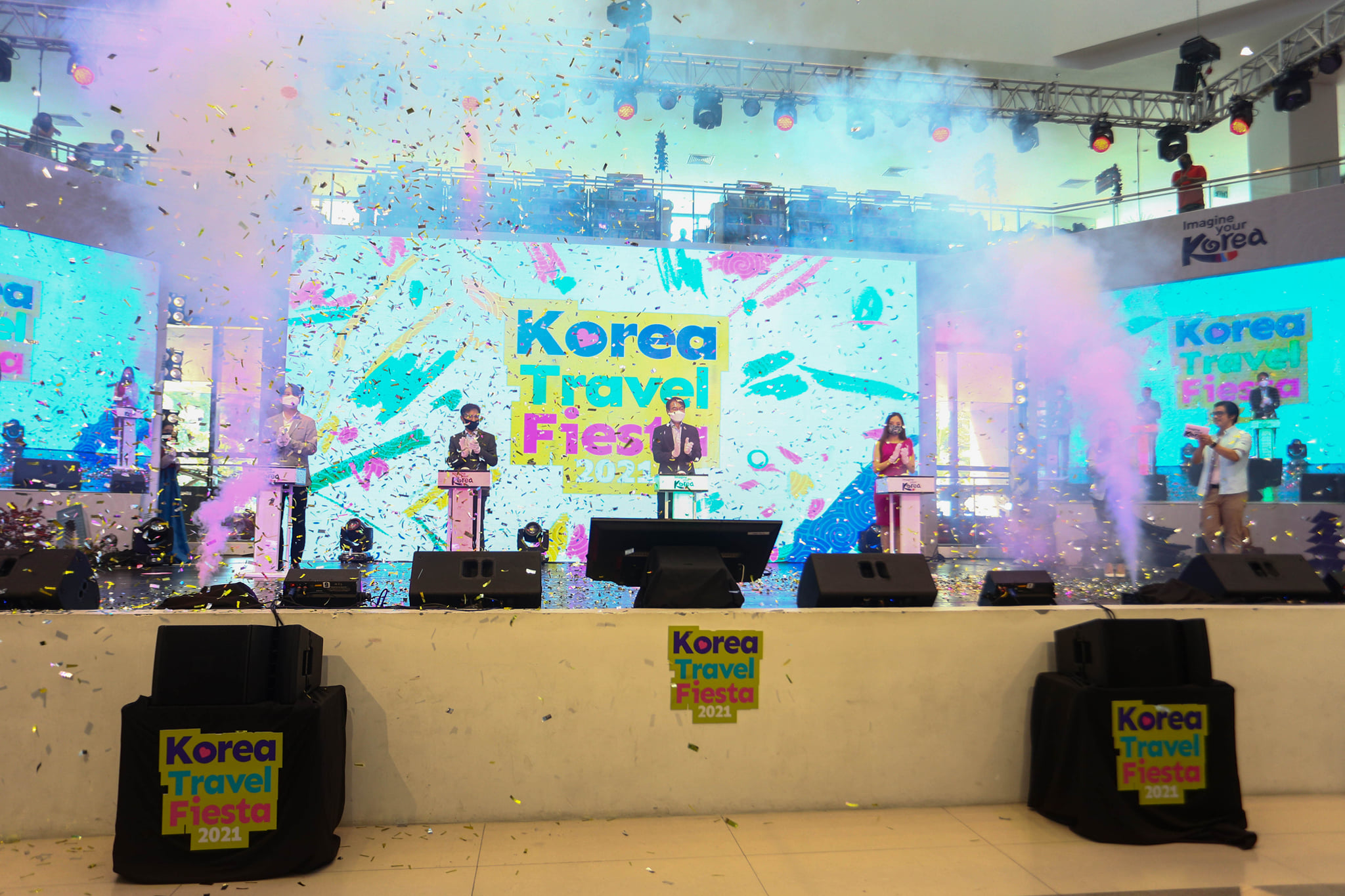 The two-day event was filled with musical performances, games and activities for both onsite and online audience. To officially signal the start of the event, a push-button opening ceremony was held. For the first time, Kingdom Friends ~ Hojong, Mugo and Kawoo, met the Filipino audience.

Dubbed as the K-Drama Day, the first day of the event was filled with segments that focused on the popularity of Korean dramas in the Philippines. An interview with hallyu content creator, Ana Gonzales revealed about her previous trips to various filming locations. A pre-taped performance from Filipino singer, CJ Navato singing three K-drama OSTs was played to the delight of the audience. A cover dance of two K-drama songs were made by the group, Alpha PH. Two local-Korean celebrities, Ryan Bang and Jinho Bae made a live appearance. On the venue, there were installations of Red Light/Green Light and Dalgona games. 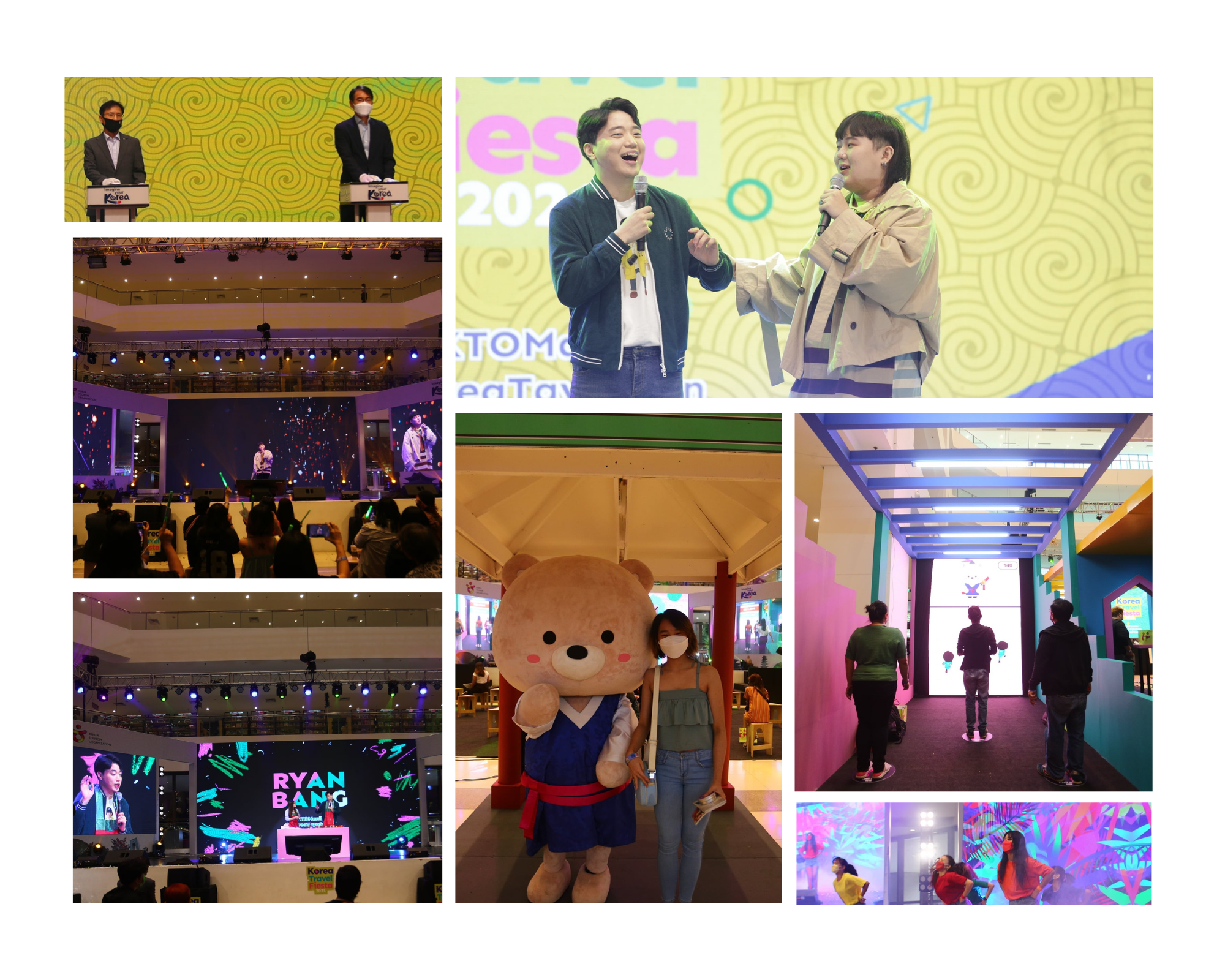 During the K-Pop Day the next day, various segments about K-pop were held. The interview with Kring Kim, one of the most notable Filipino K-content creators, talked about her journey as a K-pop fan to becoming an event MC. Aside from the live performances of cover groups, A2F, Neverglow and Teenage CG, the pre-taped performances of local celebrities, Kyline Alcantara, Ella Cruz, Julian Trono and Bini draw positive reactions from the crowd. One of Korea’s newest K-pop groups, Purple Kis,  made a virtual appearance and became the main highlight of the event, with MCs and fans interacting with them virtually. The audience also participated through a random play dance activity. 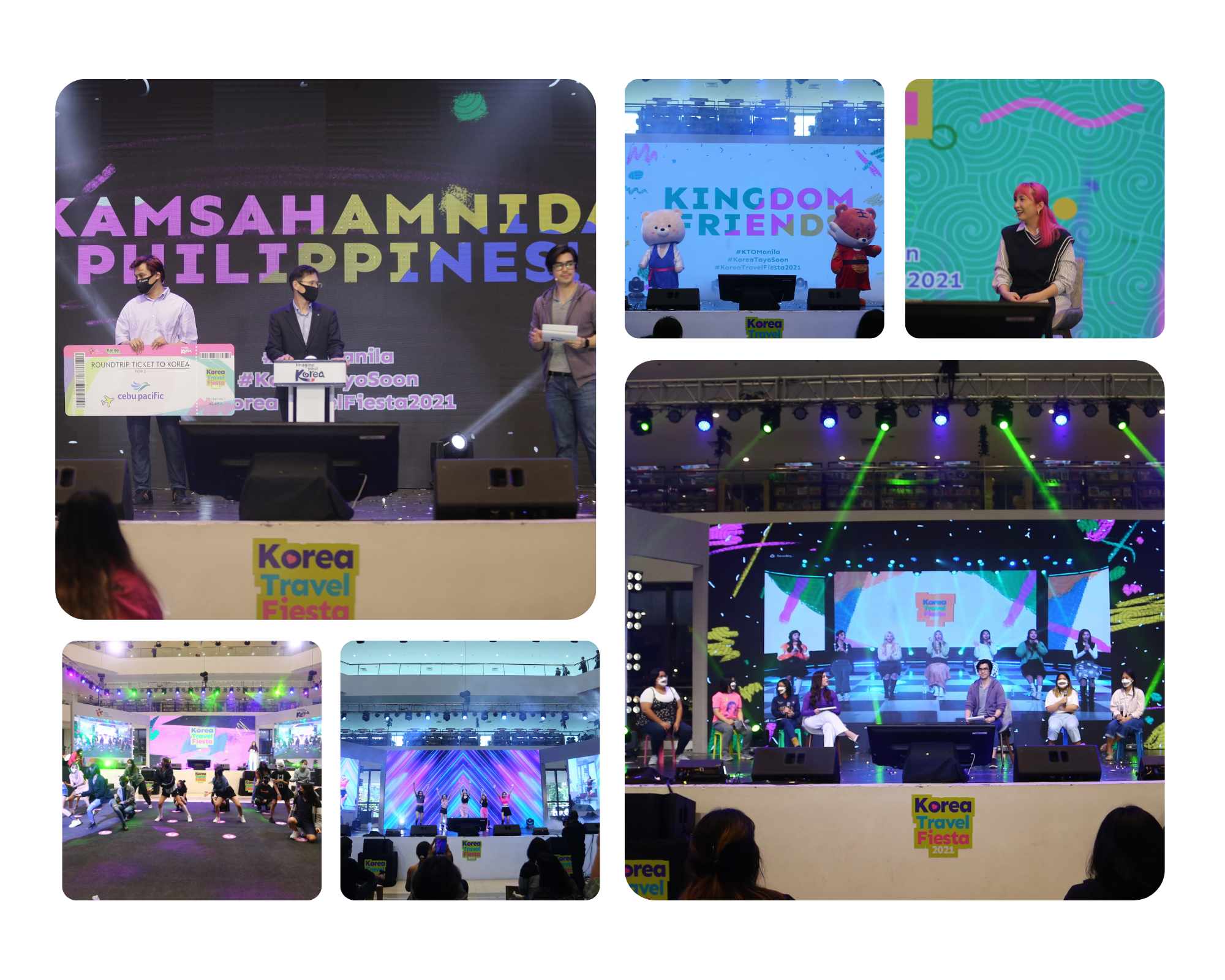 The event culminated with the raffle draw of a roundtrip-ticket to Korea for two people, given to one of the online viewers.