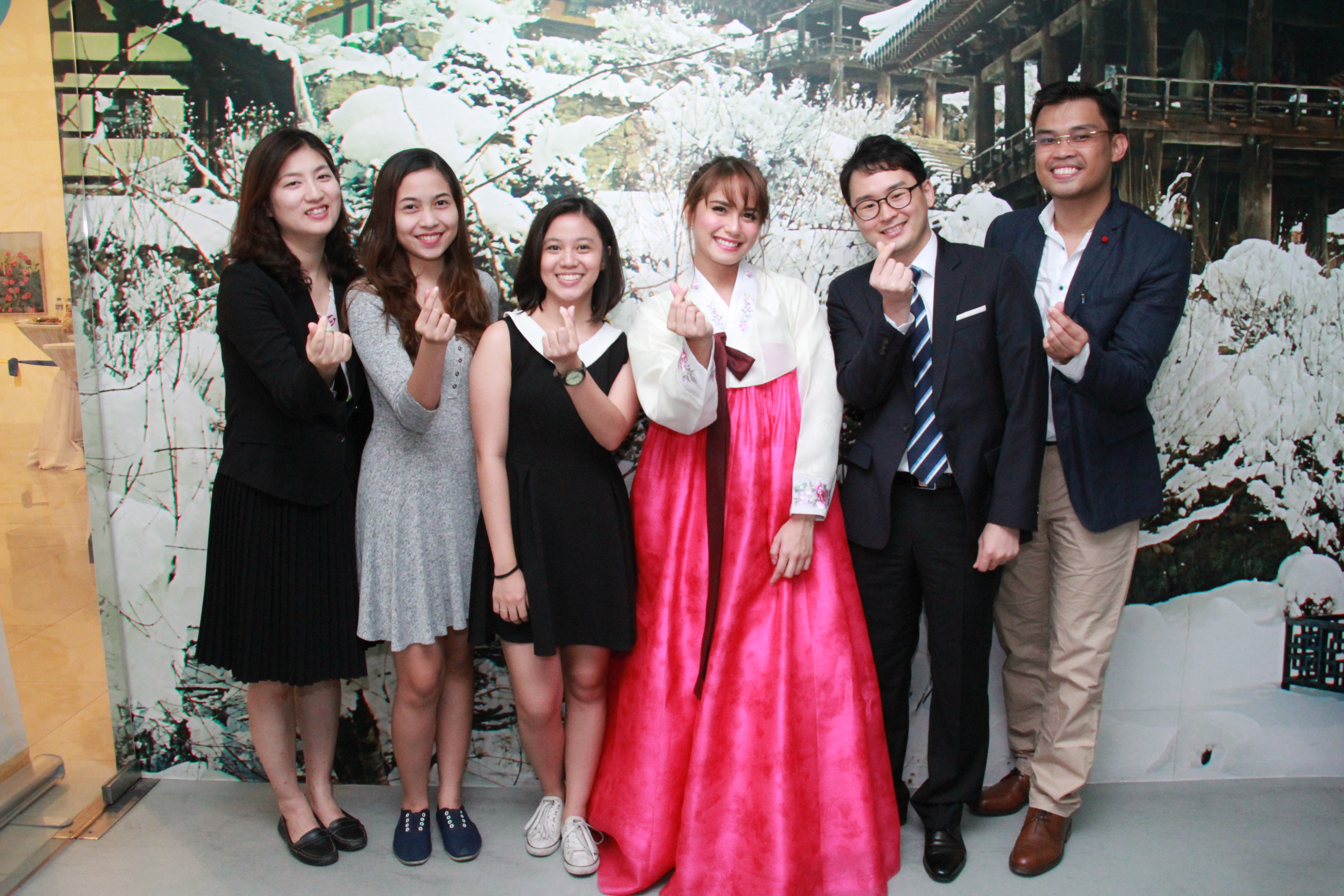 A Guide to the Travel of Your Dreams
by Lei Reyes, KCC Supporter

For Korean culture and entertainment enthusiasts, Korea is definitely at the top of their must-visit countries list. Just imagining yourself walking down the streets of Seoul or basking in the beauty of Jeju is enough to make your heart flutter. Not to mention being able to go to the exact places where your favourite Korean drama was shot or greater yet, being able to see your favourite actors and Kpop idols — traveling to Korea is truly a dream a lot of people want to achieve.

But what happens when you finally booked that plane ticket? The Korea Tourism Organization (KTO), in coordination with the Korean Cultural Center (KCC), organized the Let’s Go Korea Travel Seminar for those who will travel to Korea this year. It was held last May 14, 2016, at the KCC. Hosted by Mr. John Bonifacio, the event brought together travellers of all ages, both male and female, mostly whom are first-time travellers to Korea.

Mr. Jinho Park, Manager of KTO Manila, gave the Opening Remarks. He expressed his gratitude to all the attendees for supporting the event with much enthusiasm since they originally intended to invite only 60 people but approximately 110 people attended the seminar.

The first part of the program was Basic Information about Korea which was brought by  Ms. Hyejin Jang, Senior Assistant Manager of KTO Manila. She talked about essential things a traveller needs to prepare before his or her trip to Korea including flight options, visa guidelines, local transportation information, and even useful smartphone apps, websites and hotline numbers for tourists. Of course, she also highlighted must-visit attractions, including the recently very-popular shooting locations of Descendants of the Sun. 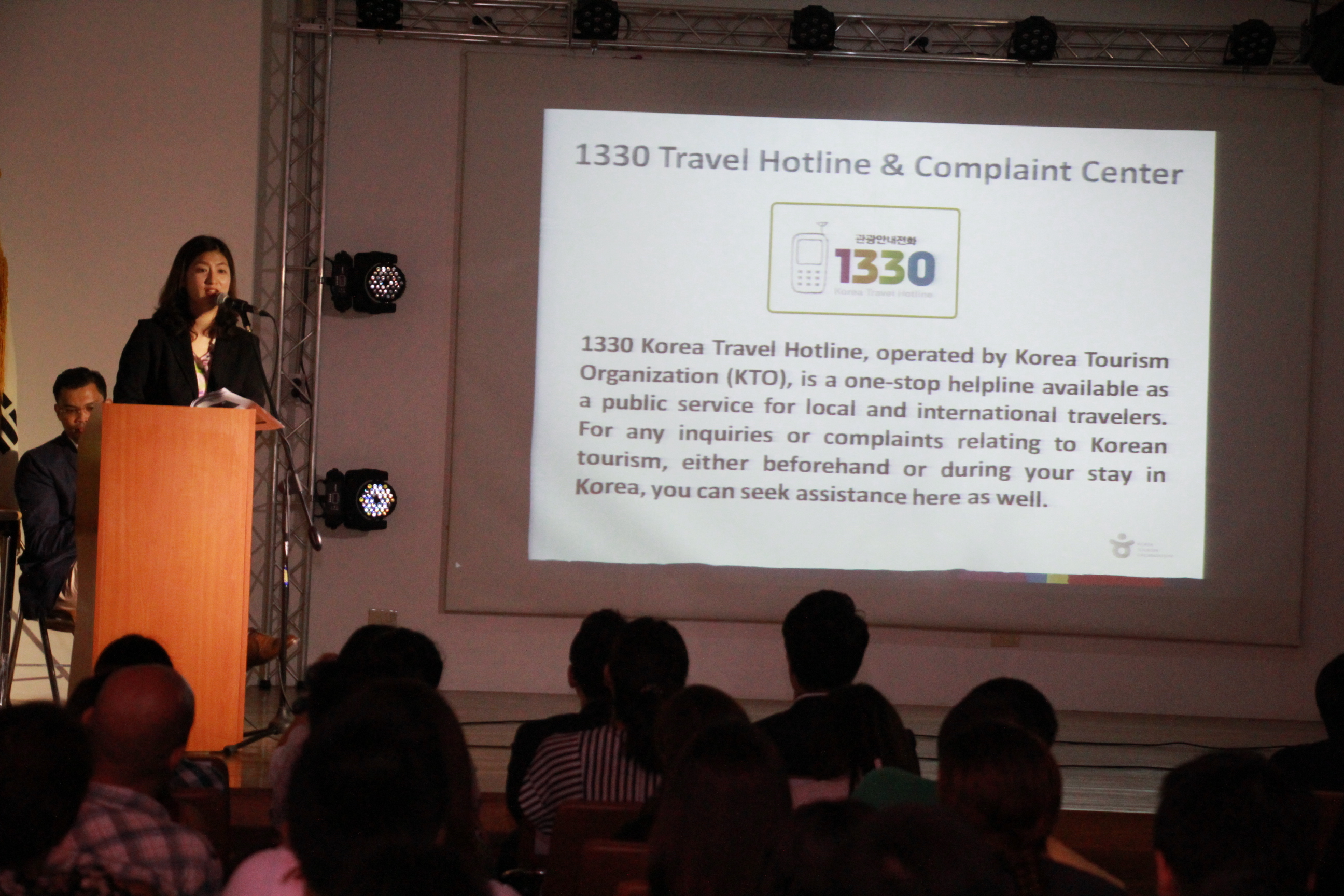 KTO also invited special guests to talk about their travel experiences in Korea through the Imagine Your Korea: My Story portion. The first guest was Ms. Gigi Yia, Editor-in-chief of Sparkling Magazine, who has been going back and forth to Korea since 2009. First, she showed a short video of her last Korea travel which gave the attendees a very interesting snapshot of what travelling to Korea would be like. She talked about her favourite cultural destinations like the Han River Park, N Seoul Tower and Invading; and Hallyu hotspots like Understand Avenue and Studio Concrete. Being a Descendants of the Sun fan, she also shared her experience in attending Song Joongki’s fan meeting and her visit to a restaurant where an episode of the drama was shot. 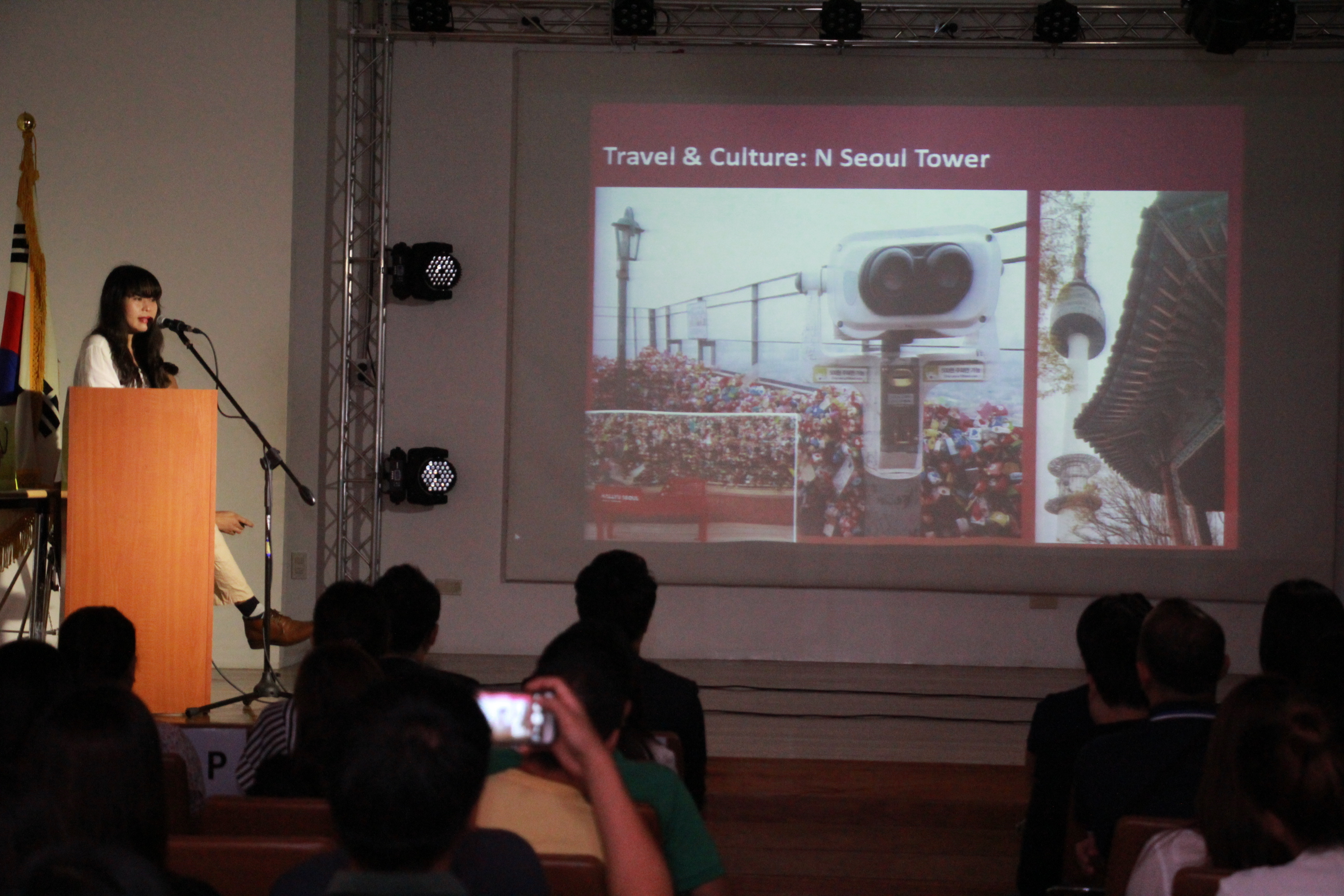 The audience also had a chance to watch a Kpop Cover Dance by none other than one of the top multi-awarded cover groups in the Philippines, Se-Eon. They showcased their amazing dance moves of BTS’ Run, I Need You and Fire. It was a real-life taste of Kpop entertainment which for sure made the audience more excited to visit Korea.

After that, Ms. Kring Elenzano-Kim, the winner of ABS-CBN’s reality show, I Do, came out to introduce and interview the next special guest of the day, the Korea Tourism Honorary Ambassador, Ms. Jessy Mendiola, who was absolutely lovely in a traditional Korean hanbok. When asked what she loves the most about Korea, she said it’s the people’s warmth and the balanced culture of tradition and modernity. During the interview, she enthusiastically shared her special experiences in Korea to the audience like putting love locks in N Seoul Tower, watching lights parade in Everland, learning how to make kimchi, and jogging by the beach in Jeju Island. In the future, she also said she wants to visit Busan, experience winter in Korea and interview her idol, Song Hye Kyo. 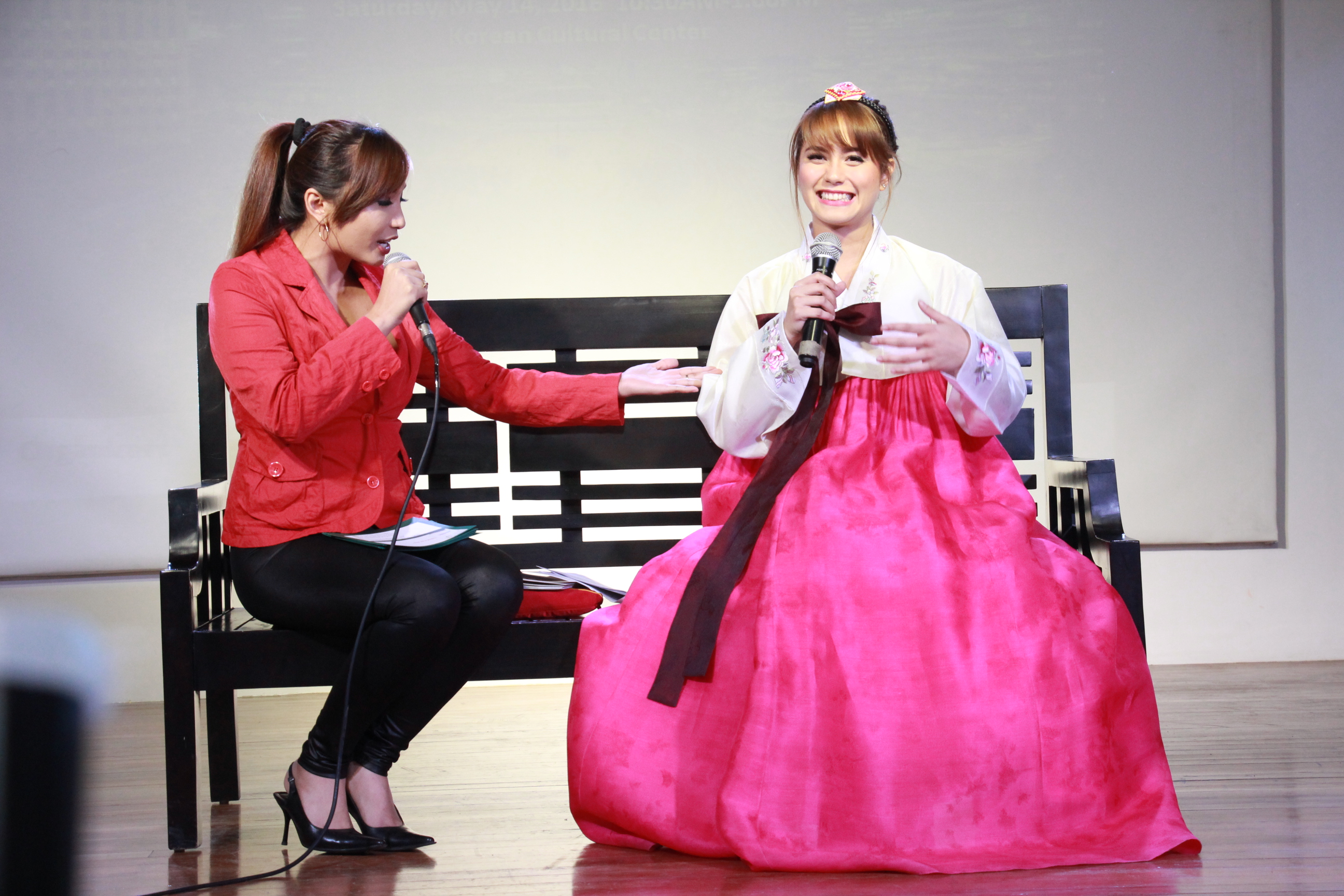 Afterwards, audience members got a chance to ask our speakers questions and win raffle prizes. There was also a photo op with Jessy as she gamely takes a group selfie with the audience. Then, of course, the Let’s Go Korea Travel Seminar ended with a sumptuous buffet of Korean cuisine which everyone enjoyed. Each of the participants went home with happy hearts (and stomachs), excited for their upcoming travels to Korea.