From Seoul to Chungju! Explore the filming locations of the drama Vincenzo 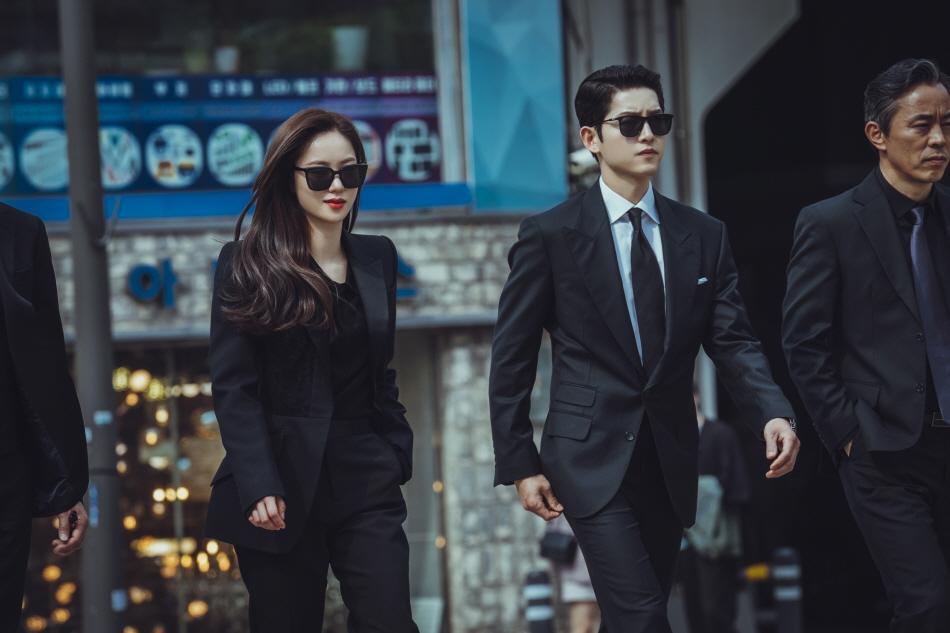 The drama “Vincenzo (2021)” was already famous even before its airing thanks to its star-studded casts, such as Song Joong-ki, Jeon Yeo-been, and Ok Taec-yeon. But nobody expected another surprise when the drama aired, which are the locations related to the seedy underbelly featured in the drama that was mostly business towns, walking trails in residential districts, and date spots, some of them are well-known even to foreigners, such as Seoul Station, Jongno, and Myeong-dong. Trace the highest highs of the drama Vincenzo with a tour of its filming locations. 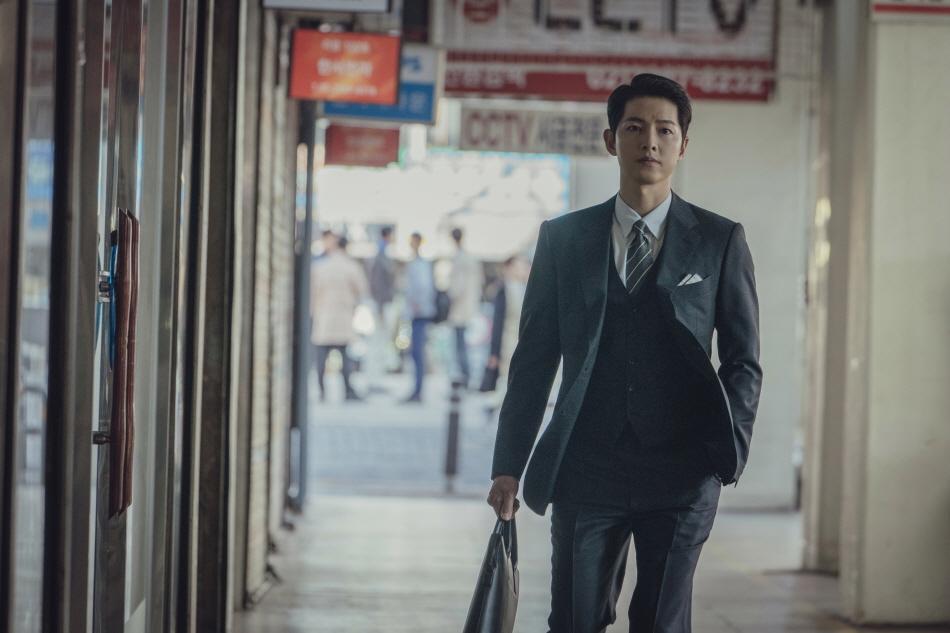 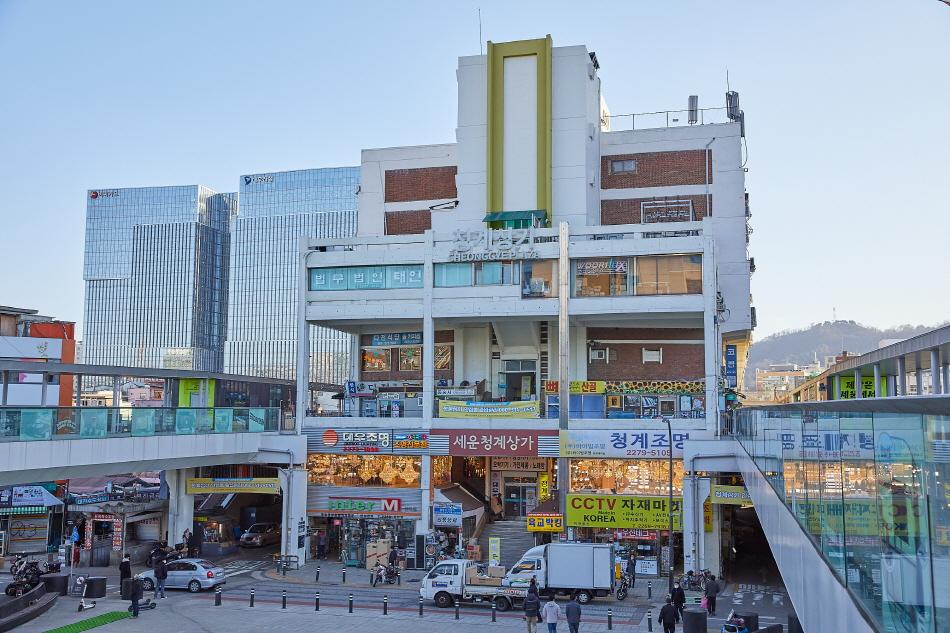 The drama’s main stage and place where the people of Geumga live is at Geumga Plaza, filmed in Sewoon Arcade. Built in 1968, this commercial arcade located near Jongno 3-ga Station is one of the oldest general commercial arcades in Jongno, together with Cheonggye Arcade and Daerim Arcade. It is also known as Makercity Sewoon, and its unique retro atmosphere and square silhouette have led to it being featured in films, such as “Haunters (2010)” and “The Thieves (2012).” Sewoon Arcade specializes in electronics and lighting, so it can certainly be recommended for people who like those things. 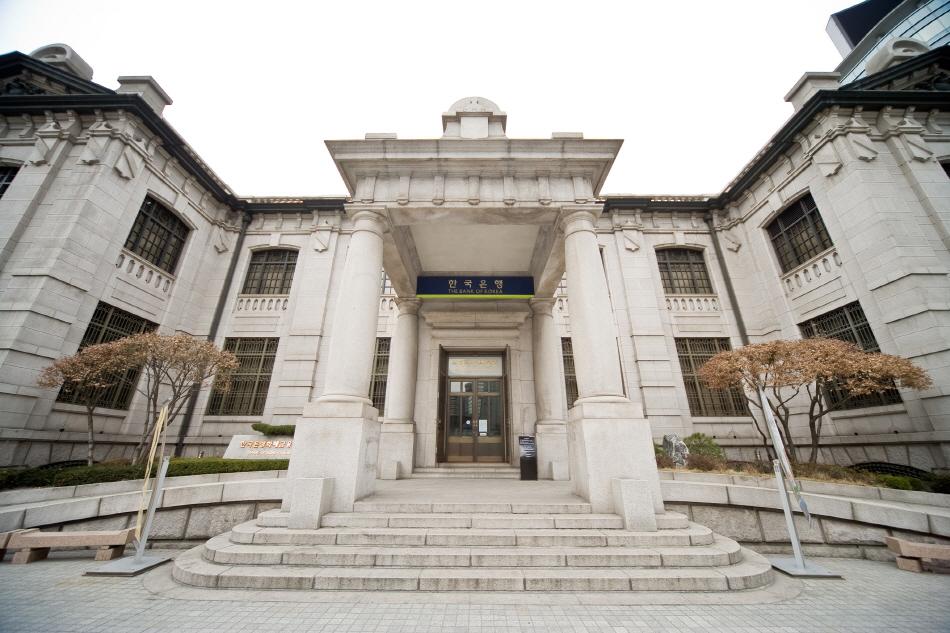 Wusang Law Firm, which acts as the show’s antagonists together with Babel Group, is located at the Bank of Korea Money Museum building. This Renaissance-style stone building was opened in 1912 and reopened as a museum in 2001 after serving as a bank for nearly a century. It hosts special exhibitions and is home to a permanent collection of money-related artifacts and art. The museum’s location near Seoul Station, Namdaemun Market, Myeong-dong, and N Seoul Tower makes it an ideal starting point for a half-day trip. 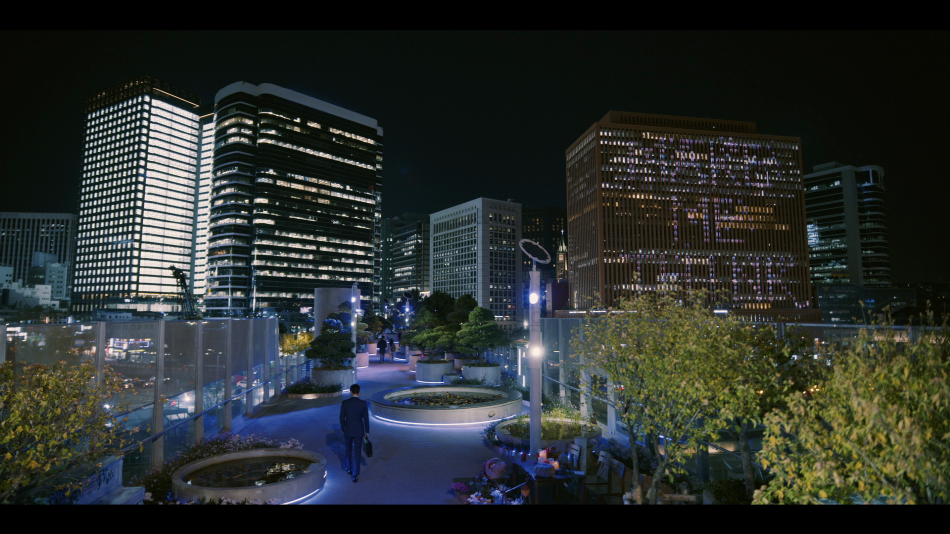 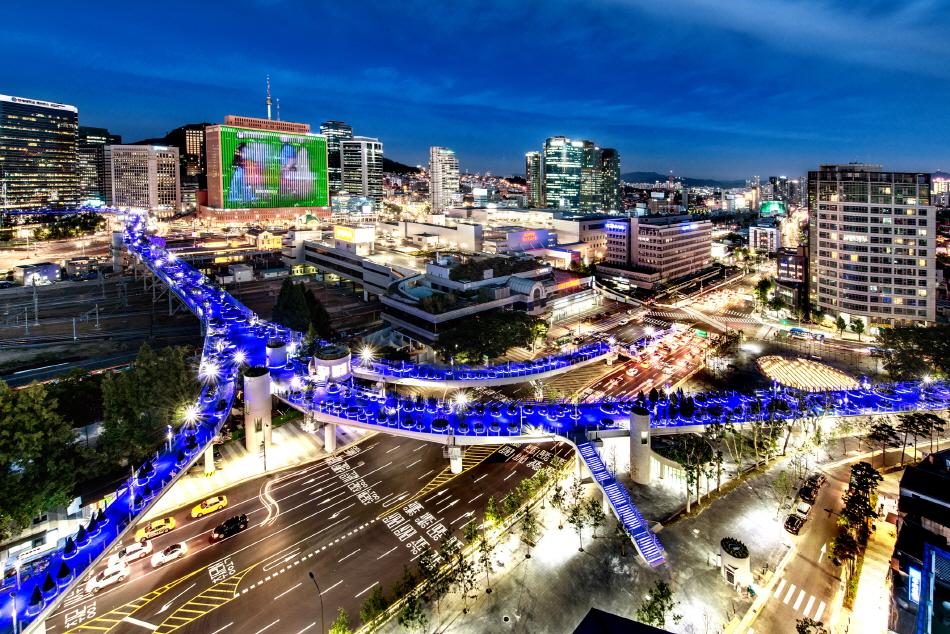 The dazzling night view that accompanied Vincenzo’s walk is the Seoullo 7017. This former pedestrian bridge near Seoul Station, now renewed as a walking trail, offers a unique view of Seoul thanks to its location near high-rise buildings close to Seoul Station, the old Seoul Station building, and the roads spread out from Seoul Station. This 17 meter-high walking trail has more than 24,000 plants, creating a floating-like, open-air garden. It is also home to several exhibitions. As you can see from the drama, Seoullo 7017 is very beautiful at night, so make sure to drop by after sunset. 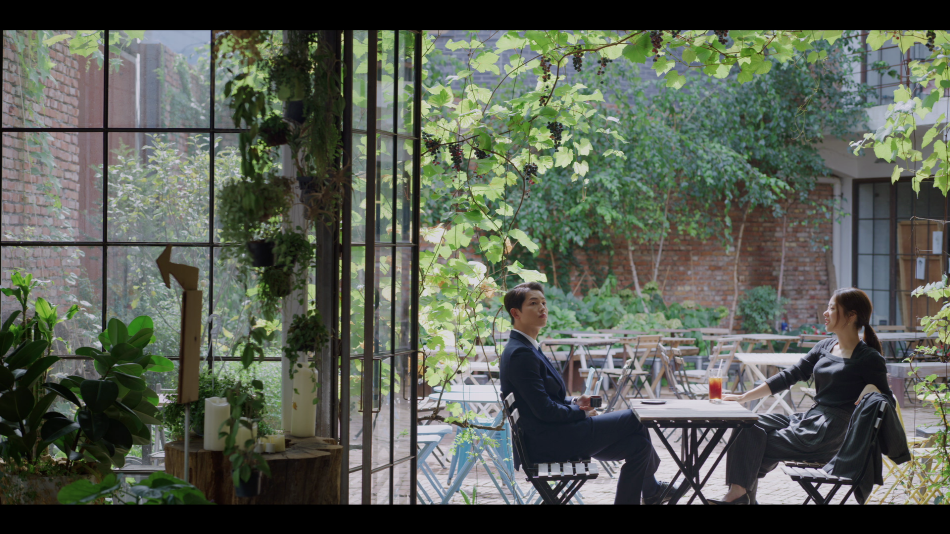 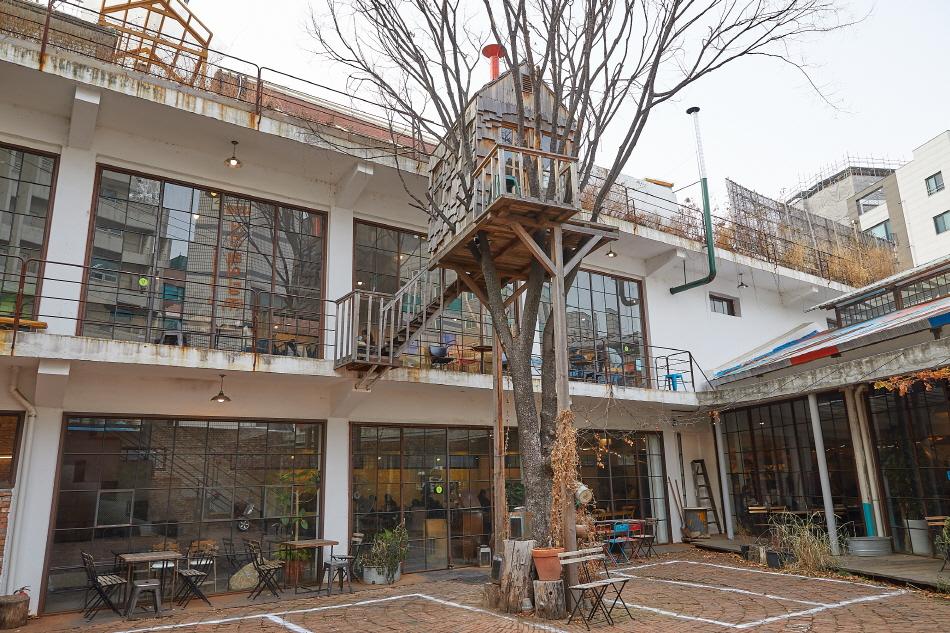 The café where Vincenzo and Hong Cha-young met is the Grandpa Factory Cafe located in Seongsu-dong, Seoul. Along with Garosu-gil and Syarosu-gil, Seongsu-dong has become quite popular among the youth of Seoul in recent years. It is especially known for its cafés that often double as art galleries, remodeled from factories and storehouses that populated the district. Grandpa Factory Café is an art gallery café where one can enjoy the works of local artists while drinking coffee or eating food, such as pasta, pizza, or steak. It is close to the filming location of another popular K-drama, “Guardian: The Lonely and Great God (2016),” so consider this if you are in this neighborhood. 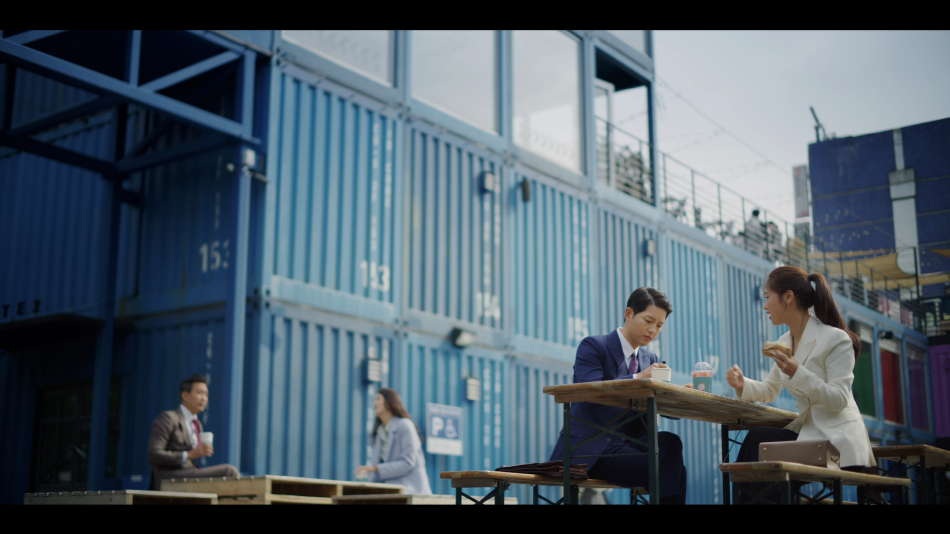 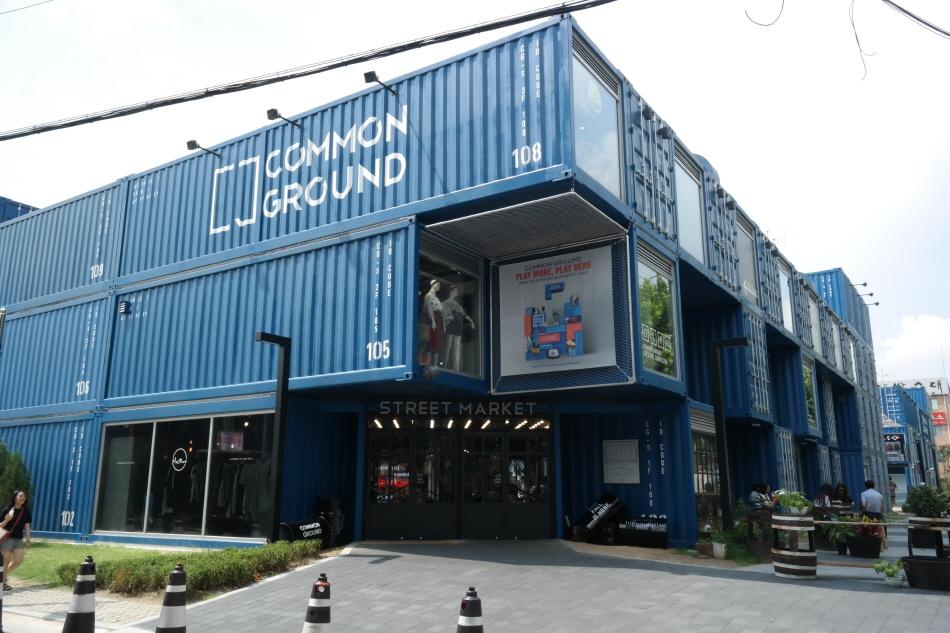 Common Ground is a unique shopping center built out of 200 shipping containers. It is home to young artisans or start-up brand shops, so it is a good place to check out the quirks and trends in Seoul. It is also a popular destination for dates thanks to some of its interesting events, such as the weekend markets, trendy exhibitions, and food trucks. Indeed, this was where the romantic tension between Vincenzo and Hong Cha-young began to bloom. Please note that the shipping container featured in the third episode of the drama is not a part of Common Ground but Understand Avenue near Seoul Forest. 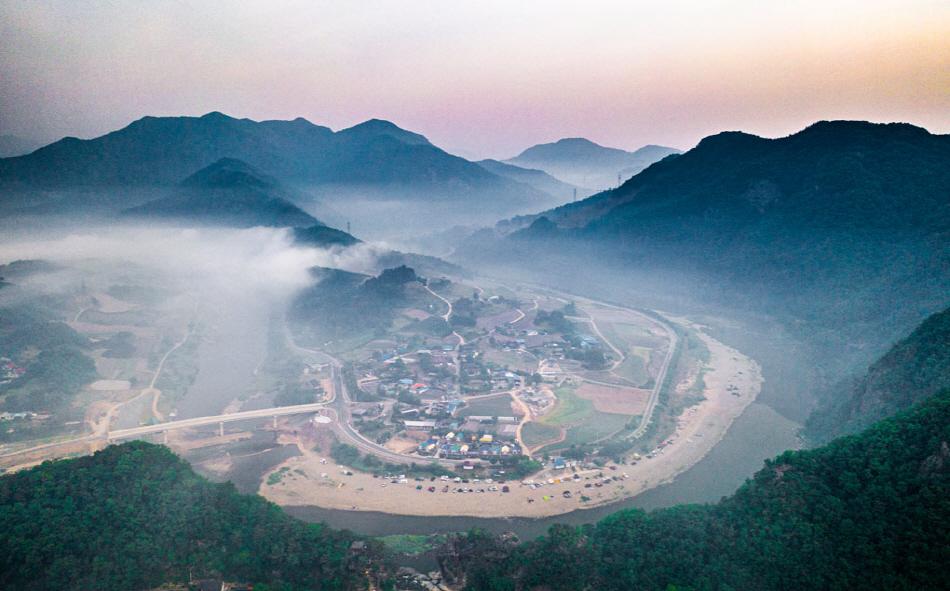 The scenes where Vincenzo and Hong Cha-young shared their emotions like ordinary lovers were mostly filmed in Chungju. Among them, the most iconic location is definitely the Sujupalbong Suspension Bridge. Sujupalbong refers to the eight peaks that unfold like a screen along the river, and the suspension bridge connects two of the peaks there. Specifically, the bridge is located at Durungsan Mountain, 400 meters above sea level, from where one has a spectacular view of the mountains and the waters, and where the Palbong Village is nestled like an island. It is also famous as a campground, so campers can take the opportunity to stay overnight here. 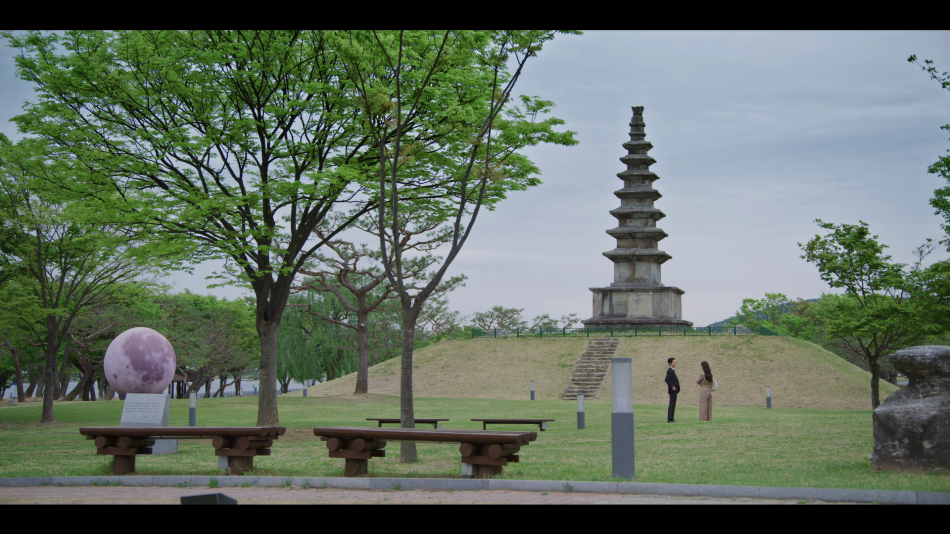 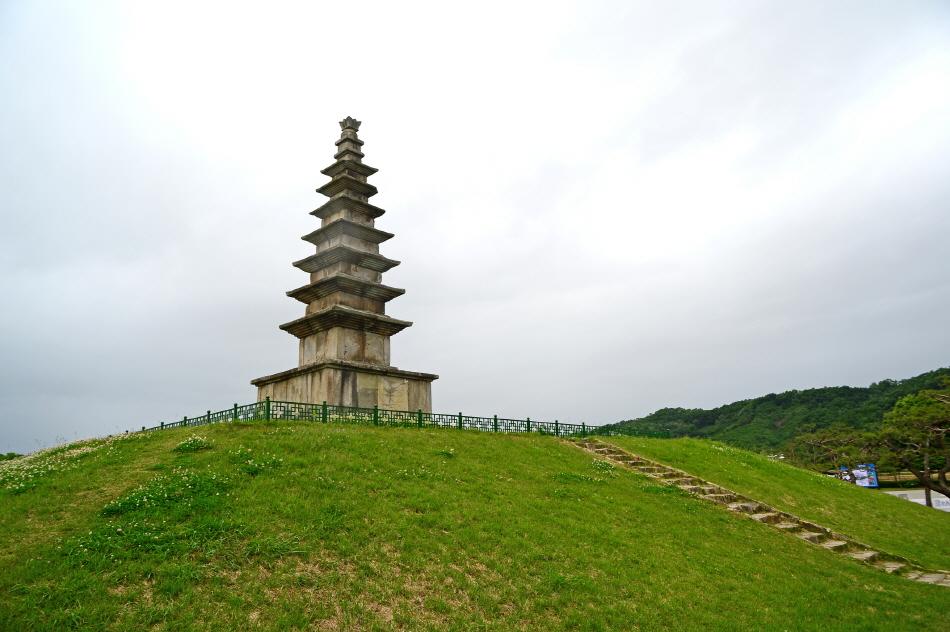 Jungangtap Historic Park is one of the most well-known historic sites in Chungju. The Seven-Story Stone Pagoda in Tappyeong-ri is an old stone pagoda built during the Unified Silla period. During the daytime, the park has a serene view of the grass fields and the Tangeumho Lake from the pagoda’s center, while at night, the area is illuminated with lights. Do not forget to pack your camera because the park is full of quirky photo spots, including the signature view of the park, the moon-shaped sculpture.

How to get the most out of your Vincenzo trip
If you have not yet moved on from the drama Vincenzo, take up the Korea Tourism Organization’s VR (virtual reality) tour program through the show’s filming locations. The VR program is conducted as a set of missions issued by Jang Han-seo to track down Vincenzo Cassano. Do not miss out on behind-the-scene stories and insider tips for visitors.