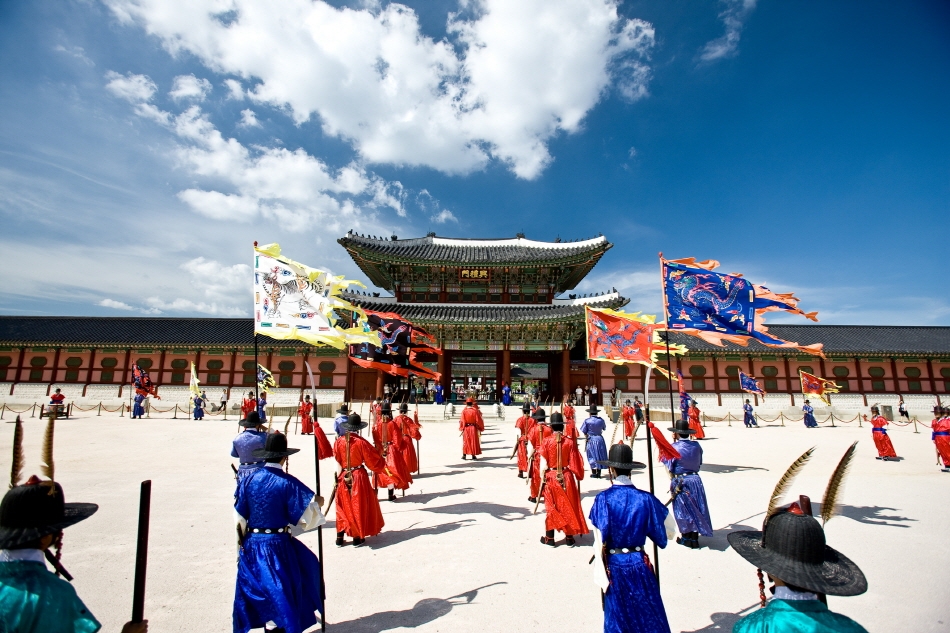 Seoul, the capital of Korea, is full of tourist attractions and things to do. As such, Seoul ranks top on the list of places to explore among first-time and repeat visitors alike. Read on to see our selection of top nine Seoul destinations, ranging from iconic attractions that represent the city to the latest trending new spots! 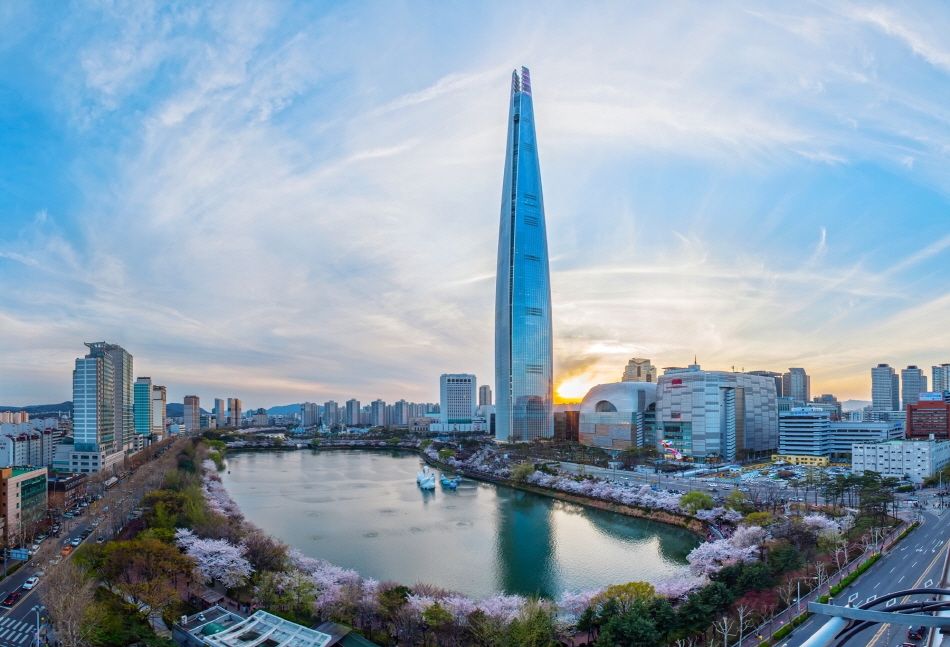 Lotte World Tower sparks an overwhelming sensation with its magnificent size to whoever looks up at its grandeur. Reaching 555 meters in height, it is the tallest building in Korea. The skyscraper’s highlight attraction SEOUL SKY on the 177th to 123rd floors allows visitors to take in a 360-degree panoramic view of the city. On the 118th floor is Sky Deck, which made the Guinness Book of World Records as the highest glass-floor observation deck in the world. Unless you are afraid of heights, the thrilling Sky Bridge tour is also great to enjoy the view of Seoul right under your feet!

Try all the cosmetics you want at AMORE Seongsu 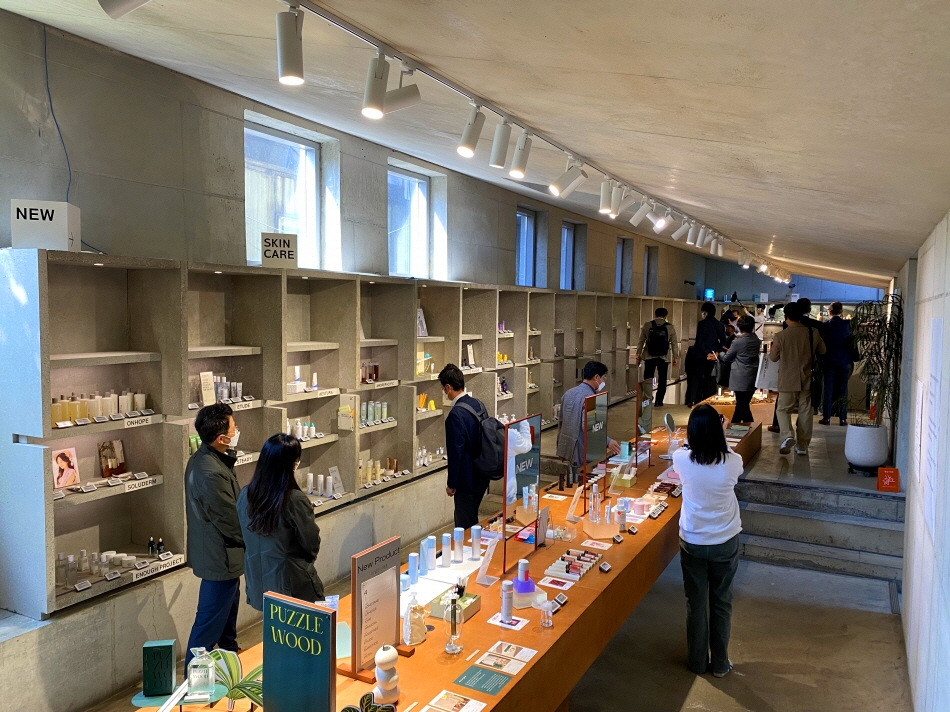 AMORE Seongsu is a flagship store owned by Korea’s largest cosmetics company AMORE Pacific. Opened in October 2019, AMORE Seongsu presents approximately 1,800 products from 40 different brands for consumers to test on their skin before making a purchase. Renovated from an old auto repair shop, the building has a simple look. The store operates “Lip Picker” and “Base Picker” as a paid program for a limited time offer to help consumers find the perfect lip tint and foundation to match their skin tone. On the 2nd floor of the building is Osulloc tea house where you can relax after a day of shopping. 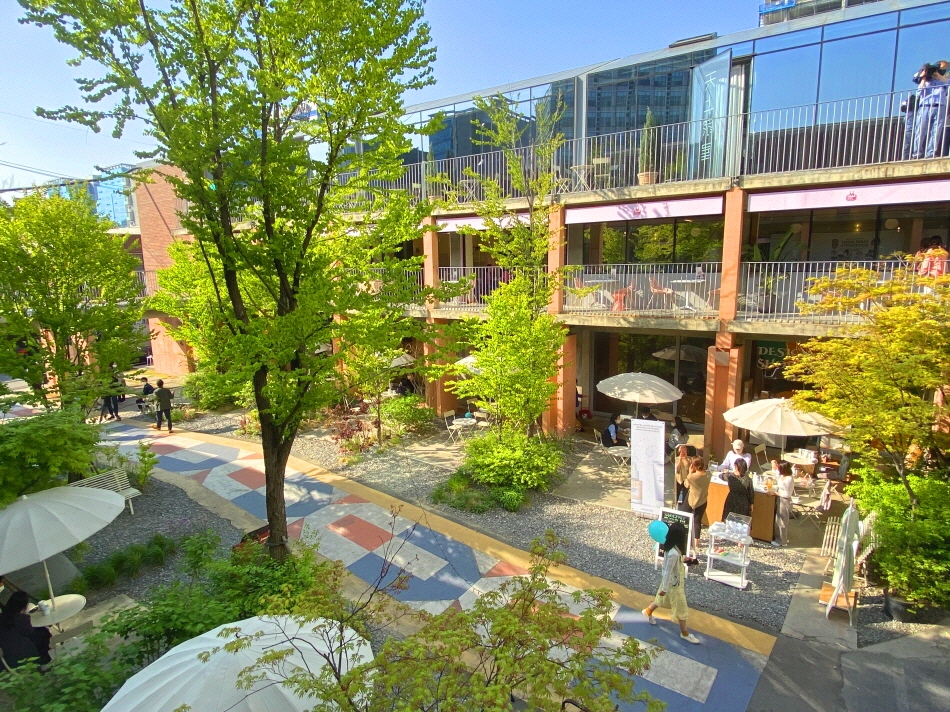 Seongsu Yeonbang opened in January 2019 as a comprehensive cultural space for small yet unique brand stores. The mall was renovated from a chemical plant and consists of two buildings with a garden in between. The mall is relatively small with only ten stores, but each store has a charm of its own. Look around the mall to find exquisite everyday products at Ddingul Store, geometric accessories at Nugemic, handmade caramels at Index Caramel Factory, and enjoy sunlight seeping through the glass roof at Chonsang Gaok café. 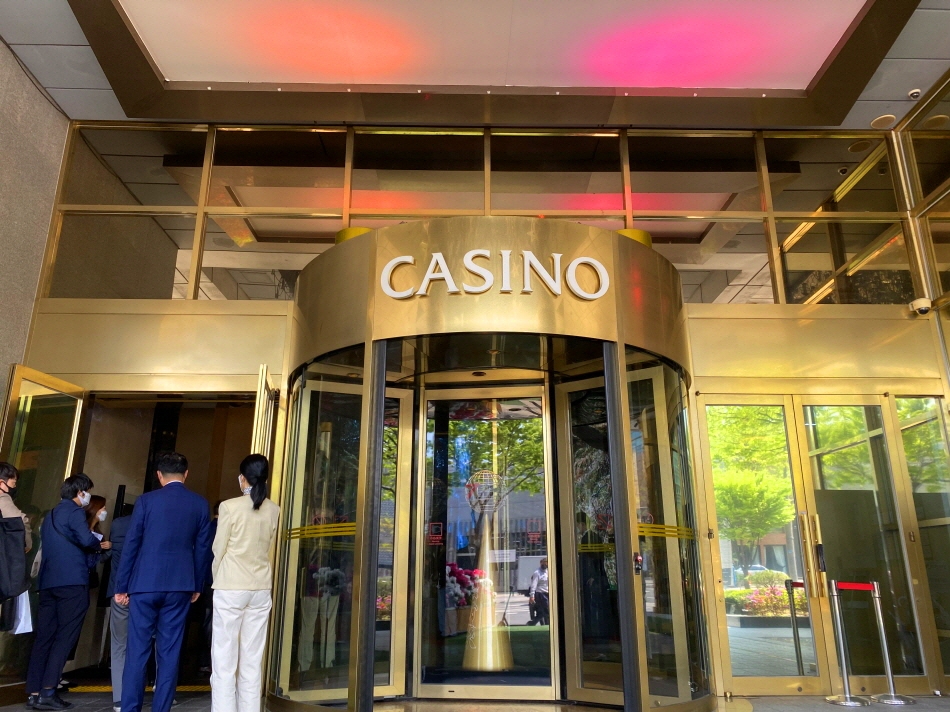 COEX Mall, the centerpiece of Gangnam, has it all from shopping malls, a hotel, and convention centers to even a casino. Seven Luck Casino Gangnam COEX Branch has an area of approximately 6,000 ㎡, designed with features that resemble Asia’s beauty. It is open only to foreigners and requires customers to present their passport upon entry. Diverse games are available, from latest machine games, Black Jack, Baccarat, roullette, Sic Bo, Caribbean Stud Poker, and slot machines. 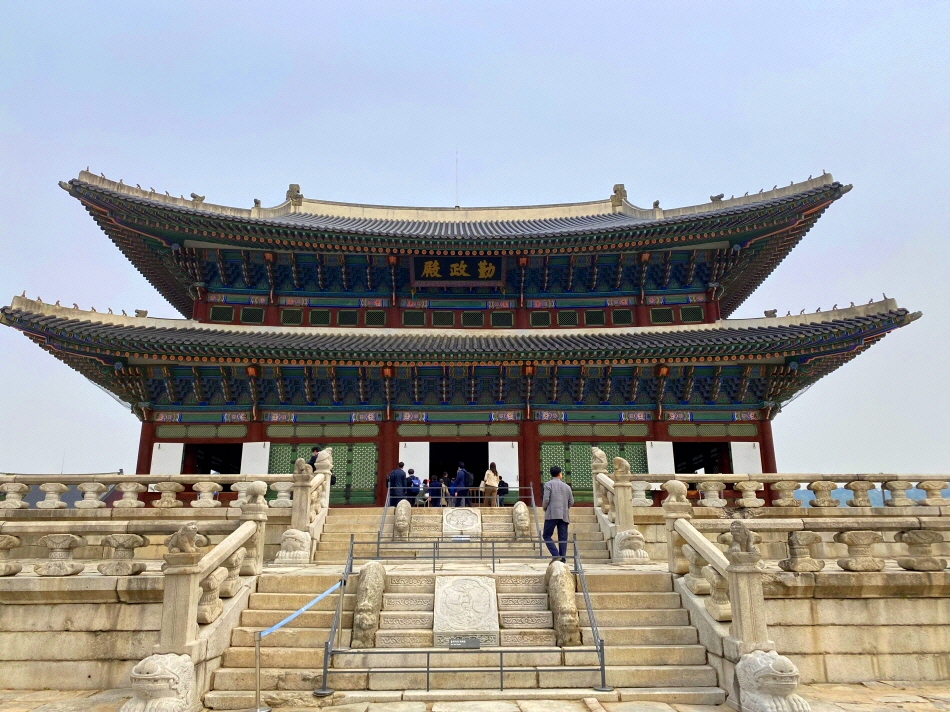 Gyeongbokgung Palace first comes to mind as Seoul’s representative tourist attraction. Built as the largest legal palace in the Joseon dynasty, Gyeongbokgung Palace is considered the greatest in terms of size and beauty. If you want to feel like as if you’ve slipped into the past, put on a hanbok (traditional Korean clothes) before you tour the palace grounds. You’ll find several hanbok rental stores near the palace.

For a limited time period, Gyeongbokgung Palace allows evening admissions and special guided tours of Gyeonghoeru Pavilion. The palace lights up in the evening, portraying a unique tranquil beauty different from that of the day. Gyeonghoeru Pavilion, which is usually off-limits, becomes open to visitors when accompanied by a guide during the special viewing period. While at the palace, don’t miss out on the reenactment of the Royal Guard-Changing Ceremony that takes place regularly during the day. 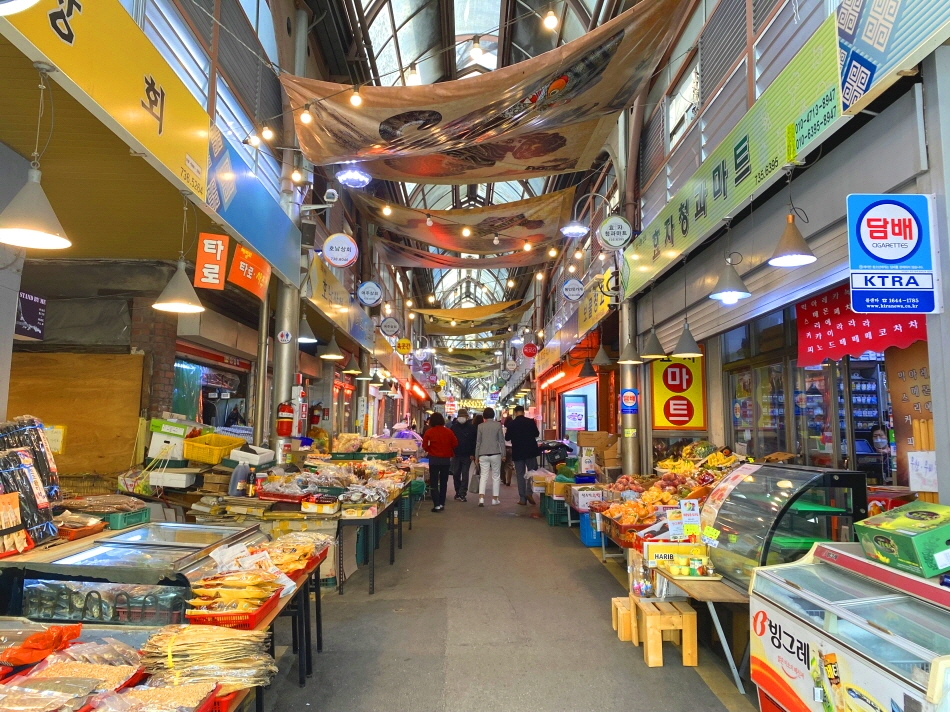 Located to the west of Gyeongbokgung Palace is Tongin Market, a public market that opened during the Japanese administration period in 1941 for Japanese residents living in Hyoja-dong. The area’s population increased after the Korean War, which led the market to grow, eventually forming a large marketplace. Today, there are approximately 70 vendors in the marketplace, ranging from restaurants to stores selling diverse goods such as side dishes, sweets, and fresh seafood.

In 2012, Tongin Market opened Dosirak Café which became a big hit. Visitors can exchange their Korean won to yeopjeon coins, brass coins that were used as the main currency during the Joseon dynasty, to buy portions of food at the market vendors and make a lunchbox meal of their own. Tables and chairs are prepared in the café. Dosirak Café is especially popular among international tourists as they can try different Korean foods in one meal. 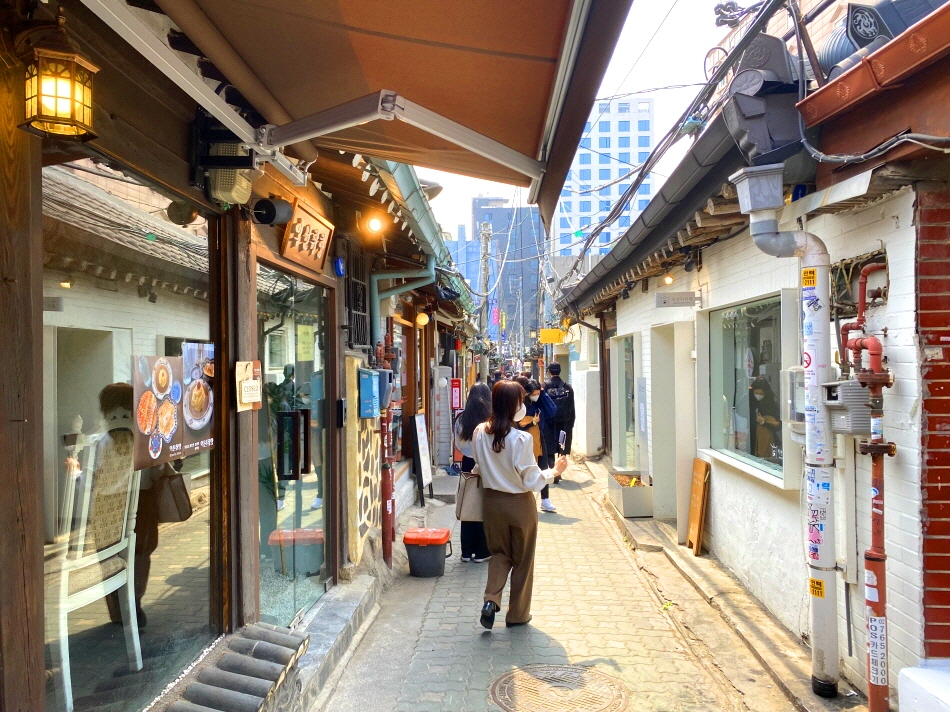 The neighborhood of Ikseon-dong is characterized by traditional hanok-style buildings and charming shops lined along narrow and winding alleyways. Ikseon-dong was formed around the 1920s and ‘30s as a residential area for commoners. In the recent years, the neighborhood became popular thanks to the newtro (portmanteau of new and retro) boom that spurred among the younger generation. The past and the present meet in Ikseon-dong, creating a unique atmosphere of its own. The streets are lined with shops, cafés, restaurants, pubs, and photo studios. Every corner of the alleyway serves as an excellent backdrop for those who love to take photos. 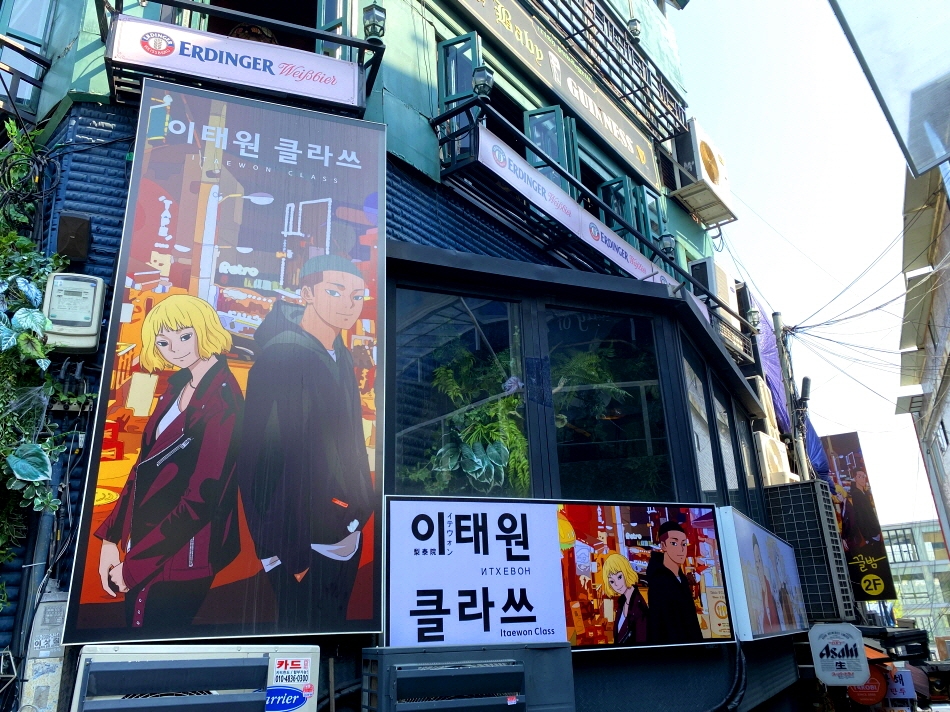 Itaewon has a reputation as the melting pot of Seoul due to the neighborhood’s multicultural diversity. It gained even more spotlight when it featured as the main setting for the drama “Itaewon Class (2020),” which starred Park Seo-jun and Kim Da-mi. In particular, the pedestrian overpass near Noksapyeong Station (Seoul Subway Line 6) and pub Danbam from the drama, located 2-minutes’ walk from the overpass, made frequent appearances in the drama. Another filming spot is G Guest House, located within a 3-minute walking distance from Itaewon Station (Seoul Subway Line 6). Fans of the drama or the original “Itaewon Class” webtoon series are also recommended to visit Kkulbam, an actual pub that replicates Danbam from the series. Kkulbam is run by the original webtoon artist and located only a 1-minute walk away from Itaewon Station. 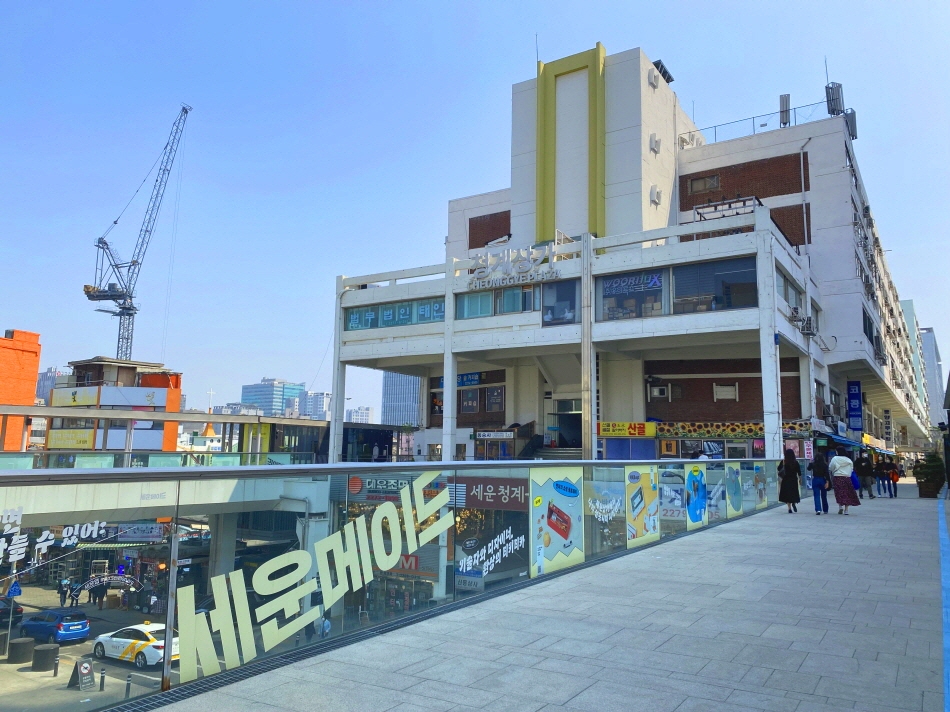 Founded in 1968 as a one-stop electronics mall, Sewoon Plaza has the genuine old-fashion vibe incomparable to that of modern-day retro-themed buildings. The mall was disguised as Geumga Plaza in “Vincenzo (2021),” a drama that starred Song Joong-ki and Jeon Yeo-been. It was also used as a filming location for the movie “The Thieves (2012),” which received much attention with casts like Kim Yun-seok, Kim Hye-soo, Lee Jung-jae, and Gianna Jun (Jeon Ji-hyun); and “Haunters (2010),” starring Gang Dong-won and Ko Soo. There are many tourist attractions nearby, such as the UNESCO-registered Jongmyo Shrine, Ikseon-dong, and Gwangjang Market.

Related content (Drama)
- From Seoul to Chungju! Explore the filming locations of the drama Vincenzo

Related content (Nearby attractions)
- Day Trip to Euljiro, a Rising Hotspot in Seoul
- City Exploration to the heart of Seoul, Jongno

* This column was last updated in April 2022, and therefore information may differ from what is presented here. We advise you to check details before visiting.