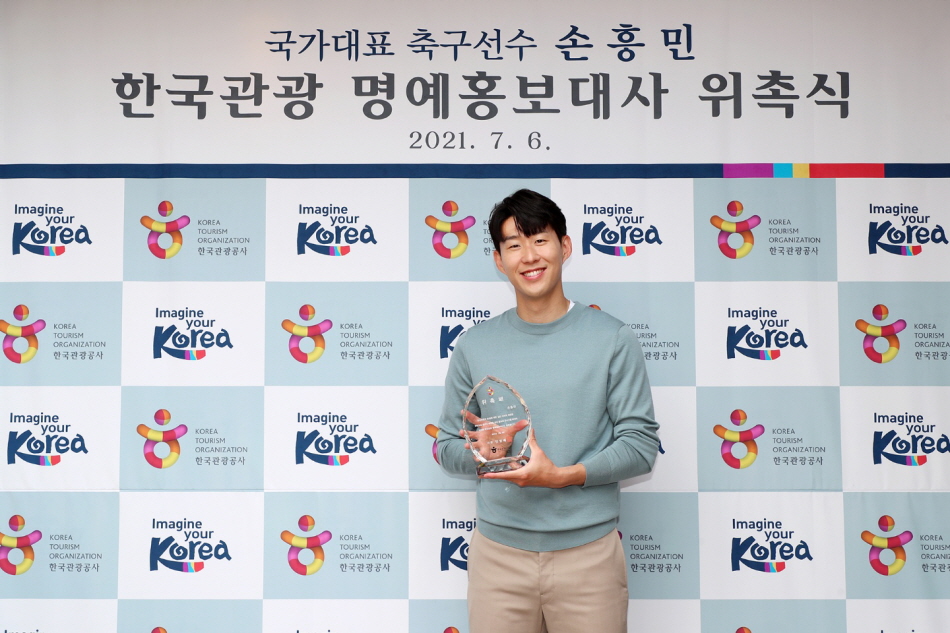 The Korea Tourism Organization is excited to announce its latest partnership with none other than world-class football player Son Heung-min, member of Tottenham Hotspur since 2015 and the first Asian player in history to score more than 50 goals in the Premier League.

In a ceremony today (July 6, 2021) in Seoul, Son was appointed Honorary Ambassador for Korea Tourism.

As international tourism begins to resume following the COVID-19 crisis, there could not be a more crucial moment to reintroduce Korea to the world as a dynamic and attractive tourist destination with Son, or “Sonny” as he is affectionately known, at the forefront.

The promotional content to be released later this year includes a 1 minute 30 second creative video advertisement with the theme ‘This is my Korea, what’s yours?’.

And it will be uploaded to the Korea Tourism Organization social media channels (including YouTube channels @VisitKorea, @ImagineyourKorea) alongside various promotional images and exclusive behind the scenes content.