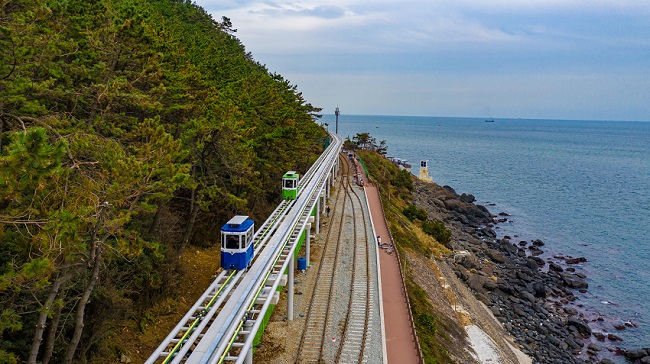 Haeundae Blueline Park was built in an effort to reuse the abandoned parts of the line while preserving nature and minimizing industrial development. Thus, the area was redeveloped into a coastal attraction with services such as the Beach Train and Sky Capsule.

The park stretches 4.8 kilometers from the closed Mipo Station to Songjeong Station, and has stunning coastal views of Haeundae Beach and Cheongsapo Port. The park also has a walking path and an ecological park.