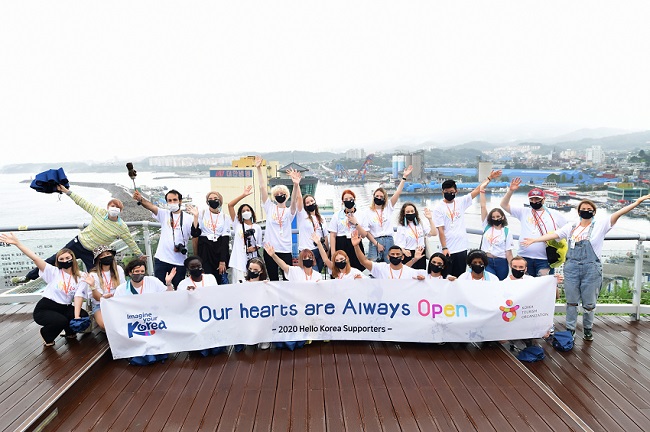 Hello Korea first began in 2016 and has produced a total of 67 supporters. This year, 28 supporters were chosen from 17 countries including the United States, England, Russia, Brazil, and Spain.

Among the supporters are power influencers such as Thais Genaro, a Brazilian YouTuber with over 250,000 subscribers, and Adrienne Hill, New York Office’s Honorary 'Korea Travel Correspondent.'

Due to the coronavirus disease, the supporters will focus on untact marketing and share the charms of traveling in Korea on their own social media platforms, as well as the official Hello Korea channel. In addition, famous figure, Daniel Lindemann, has been appointed as an honorary supporter and will share a message of hope and encouragement.