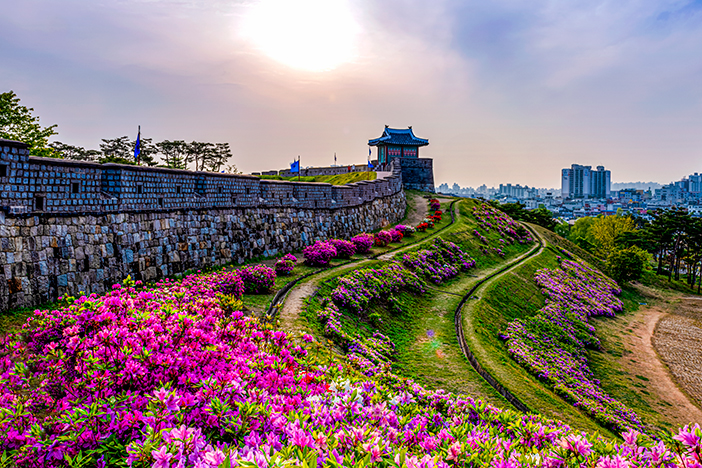 Suwon and Yongin are two popular cities near Seoul that attract many visitors due to their fun attractions and cultural heritage sites. Not only can you find historical sites such as the UNESCO World Heritage Hwaseong Fortress and Hwaseong Haenggung Palace in Suwon, the nearby city of Yongin is also home to several theme parks including Everland, Korean Folk Village, and more. Follow this itinerary to enjoy a fulfilling time in Suwon and Yongin!

Hwaseong Fortresswas constructed during the Joseon dynasty, under the reign of King Jeongjo (1752-1800). The fortress wall, with a height of 4 to 6 meters, stretches a total of 5.74 kilometers around the city, including the areas of Jangan-gu and Paldal-gu.

Hwaseong Fortress was constructed very methodically, with a combination of artistic elements and the most advanced scientific knowledge of the time. For that, the erection of the fortress was highly commended in the early modern age and was thus designated a UNESCO World Cultural Heritage Site in 1997. Currently, Hwaseong Fortress remains well-preserved in its original state, allowing visitors to appreciate and enjoy this historical site.

As much as taking a leisure stroll along Hwaseong Fortress is enjoyable, visitors who would like to tour the fortress in a more convenient way may opt for a ride on the Hwaseong Fortress Tourist Trolley. . This tourist trolley departs from Yeonmudae, allowing riders to enjoy scenic views around the fortress, such as Paldalsan and Hwaseong Haenggung Palace. The trolley’s design was inspired by the royal palanquin and the vehicle King Sunjong, the 27th king of the Joseon dynasty, used to ride. 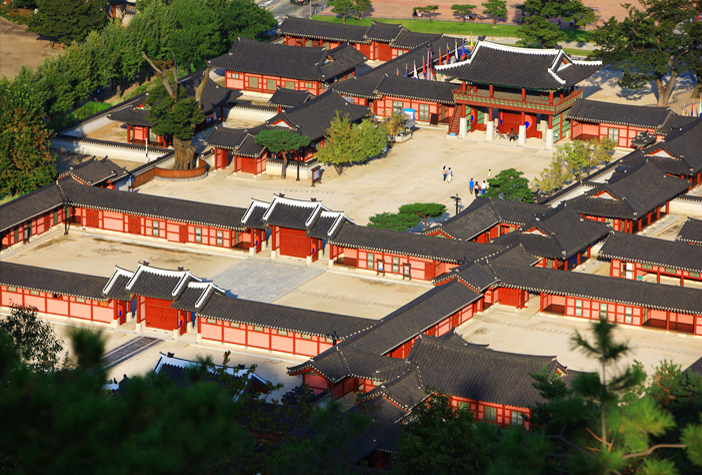 A haenggung palace refers to a temporary palace where the king and royal family could visit to enjoy a retreat. The Hwaseong Haenggung Palace, located within Hwaseong Fortress, was the largest, most beautiful and most frequented haenggung palace. It was sometimes referred to as Hwaseong’s Gyeongbokgung Palace.

Serving as the local seat of government, it transformed into a temporary residence whenever the king visited. Although the premises were nearly all destroyed during the Japanese Occupation, the palace was later restored in 1996 and reopened to the public in 2003. 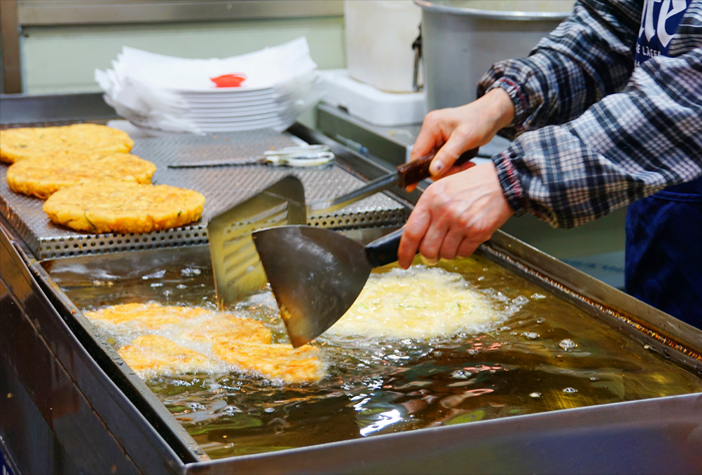 Motgol Market is one of nine markets in the vicinity of Hwaseong Fortress’ Paldalmun Gate that form the greater Nammun Traditional Market. Fresh produce as well as instant foods are sold here on a daily basis, providing visitors with the perfect opportunity to experience a typical neighborhood market. In particular, the instant food corner offers a wide assortment of food, including both fried snacks and robustly filling meals. After finishing your tour around Hwaseong Fortress, drop by Motgol Market for some delicious kalguksu (noodle soup), nokdu jeon (mung bean pancake), tteokbokki (stir-fried rice cake), and other Korean foods!

The Korean Folk Village reproduces typical scenes and daily lifestyles of people in the Joseon dynasty. The traditional houses and items in a natural environment can easily make anyone feel as if they have just traveled back in time!

The Korean Folk Village is a popular filming location for various historical movies and dramas. The historical drama yard offers a variety of hands-on programs, such as trying on traditional clothing, or riding in a palanquin. Other attractions include a folk museum and an art museum, displaying folk artifacts from around the world.

Everland is a theme park that holds fun and seasonal festivals all year round. The theme park is divided into various zones, each with a distinctive element such as American Adventure, where exhilarating thrill rides can be found; Magic Land, where a carousel, Ferris wheel and lovely decorations create a fairytale-like scene; European Adventure, where beautiful flowers bloom throughout the year; and Zootopia, where various animals can be seen. Thus, Everland makes a great amusement complex with more than enough attractions to fill an entire day.

The park is also exciting at night! Various parades take place throughout the day, but the nighttime Moonlight Parade is a must! Starting from Carnival Plaza, the parade features grand floats, and hundreds of dancers, each dressed in vibrant costumes that glitter and glow. 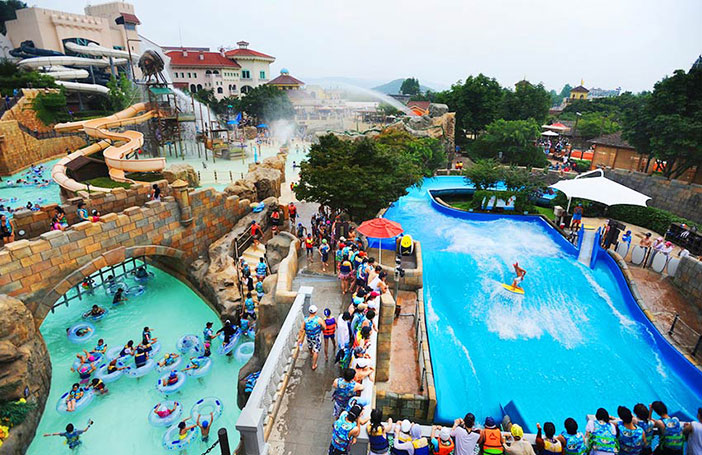 Caribbean Bay is a water theme park that has a distinctive set of thrilling water rides, facilities and a motif of a Spanish port, featuring decorations such as Spanish-style stone buildings, tropical plants and a ship wreck for an exotic atmosphere.

The water park is divided into five zones, namely Aquatic Center, Sea Wave, Fortress, Wild River and Bay Slide. A spa, sauna and other seasonal facilities can be found at the Aquatic Center, while artificially produced waves can be enjoyed at the Wave Pool in the Sea Wave area. Other attractions including Lazy River, Adventure Pool, Kids' Pool and a broad diversity of slide facilities are installed in the other zones.

Tip. A must-visit if time allows

Daejanggeum Park in Yongin is Korea's largest historical drama open filming set. In contrast to other drama sets, Daejanggeum Park has been re-created based on historical records and research, thereby accurately reflecting the structures and culture of the past.

The park has served as the filming location for hugely popular Korean historical dramas such as "Moon Embracing the Sun (2012)" featuring Kim Soo-hyun, "Gu Family Book (2013)" starring Lee Seung-gi and Suzy, and "Empress Ki (2013)" showcasing Ha Ji-won and Ji Chang-wook. The park also features much of the filming set structures for legendary drama, "Dae Jang Geum (2003)," giving the theme park its name. The park continues to be used for filming movies and commercials, and serves as a historical backdrop for international features on Korea's history.

This page was last updated on September 30, 2019, and therefore information may differ from what is presented here. We advise you to check details before visiting.
LIST