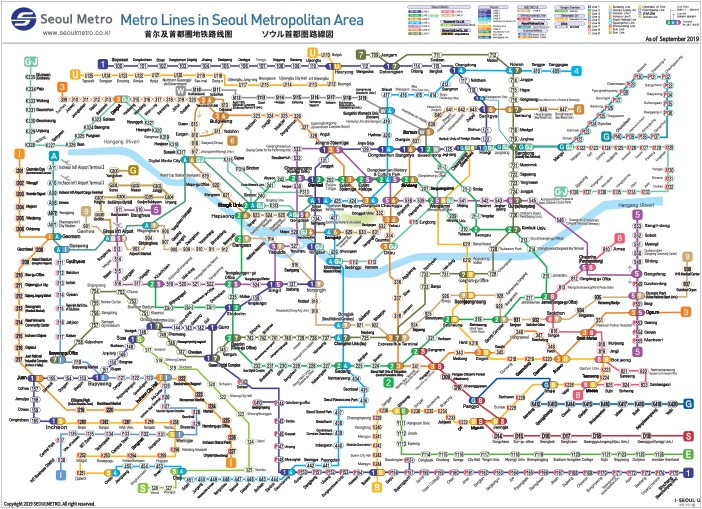 Subways serve as a convenient mean of transportation, probably the most favored public transportation by both Koreans and international visitors. Subways are currently available in five major cities consisting of the Seoul Metropolitan Area, which includes Seoul, Gyeonggi-do, and Incheon; Busan, Daegu, Gwangju and Daejeon. Seoul Metropolitan Area subway system covers an expansive area, including Line 1 to 9 with additional lines, such as Sinbundang Line, Gyeongchun Line, Gyeongui-Jungang Line, Ever Line, Uisinseol Line, and more, branching throughout the metropolitan area. Each subway line has a designated color to aid passengers in using the subway with ease. 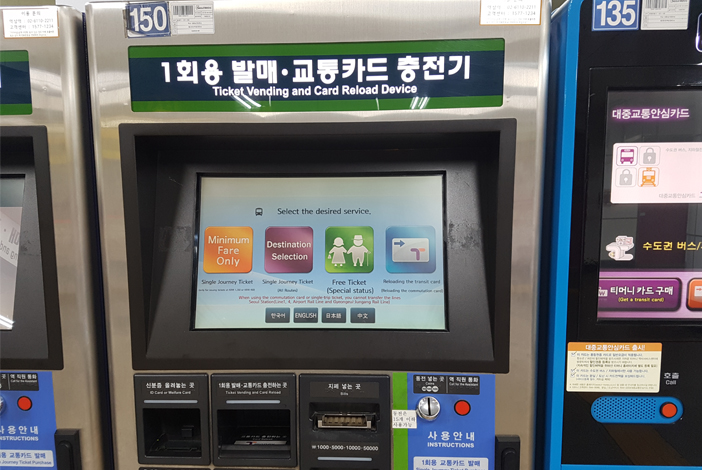 In order to use the subway, the first step is purchasing the right transportation card or ticket to meet your needs. Passengers can buy either a Single Journey Ticket or a rechargeable card like Tmoney, Cashbee or MPASS for multiple uses. Single Journey Ticket cards can be purchased using a ticket vending machine and require an additional 500 won security deposit. The deposit can be refunded when returning the card through a deposit refund machine after use.

You can receive your 500 won deposit refund for a Single Journey Ticket by returning the ticket to a deposit refund device at your destination. Simply insert the ticket into the device, and collect your refund.

【 Photo: Use the deposit refund device to receive your refund 】 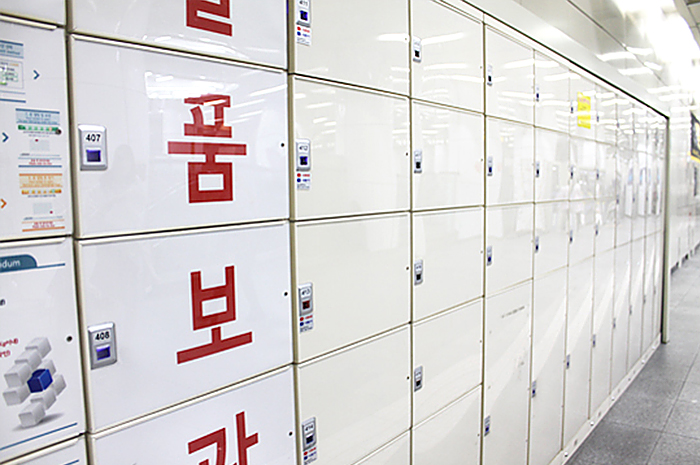 Many of the subway stations in Seoul are equipped with storage lockers. In addition, most lockers offer instructions in multiple languages. Locker fees and storage hours may vary depending on the terms and conditions of each facility.

This page was last updated on November 29, 2019, and therefore information may differ from what is presented here.