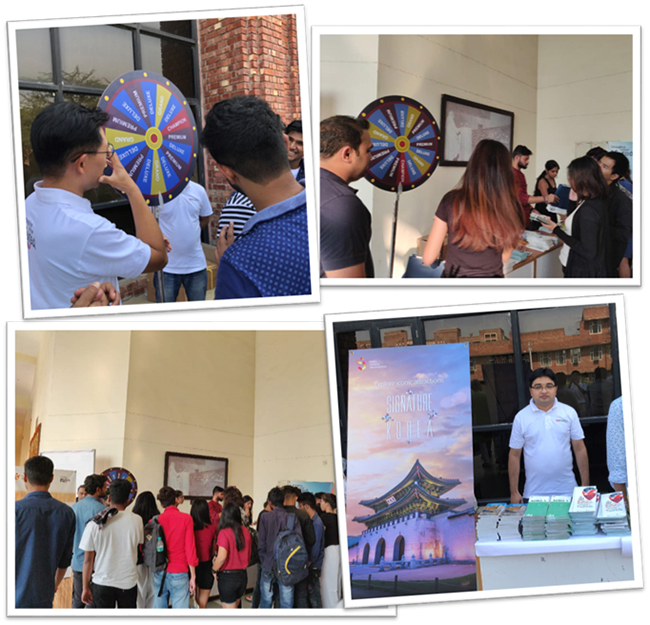 The Centre for Korean Studies at Jawaharlal Nehru University recently celebrated Hangeul Day within the JNU campus with participation from various universities. The 3-day celebrations during 9th – 11th October, 2019 was held on the occasion of “Hangeul Day”, the national Korean commemorative day marking the invention and the proclamation of Hangeul, the alphabet of the Korean language, by the 15th-century Korean monarch Sejong the Great.

KTO participated at the event with a booth dedicated to Korea Tourism, where brochures related to Korea travel were distributed. In addition, an event was also held at the booth where participants who followed KTO on social media were given the chance to win some Korean souvenirs by spinning the wheel.