City of Toronto and Ontario cheer for PyeongChang 2018 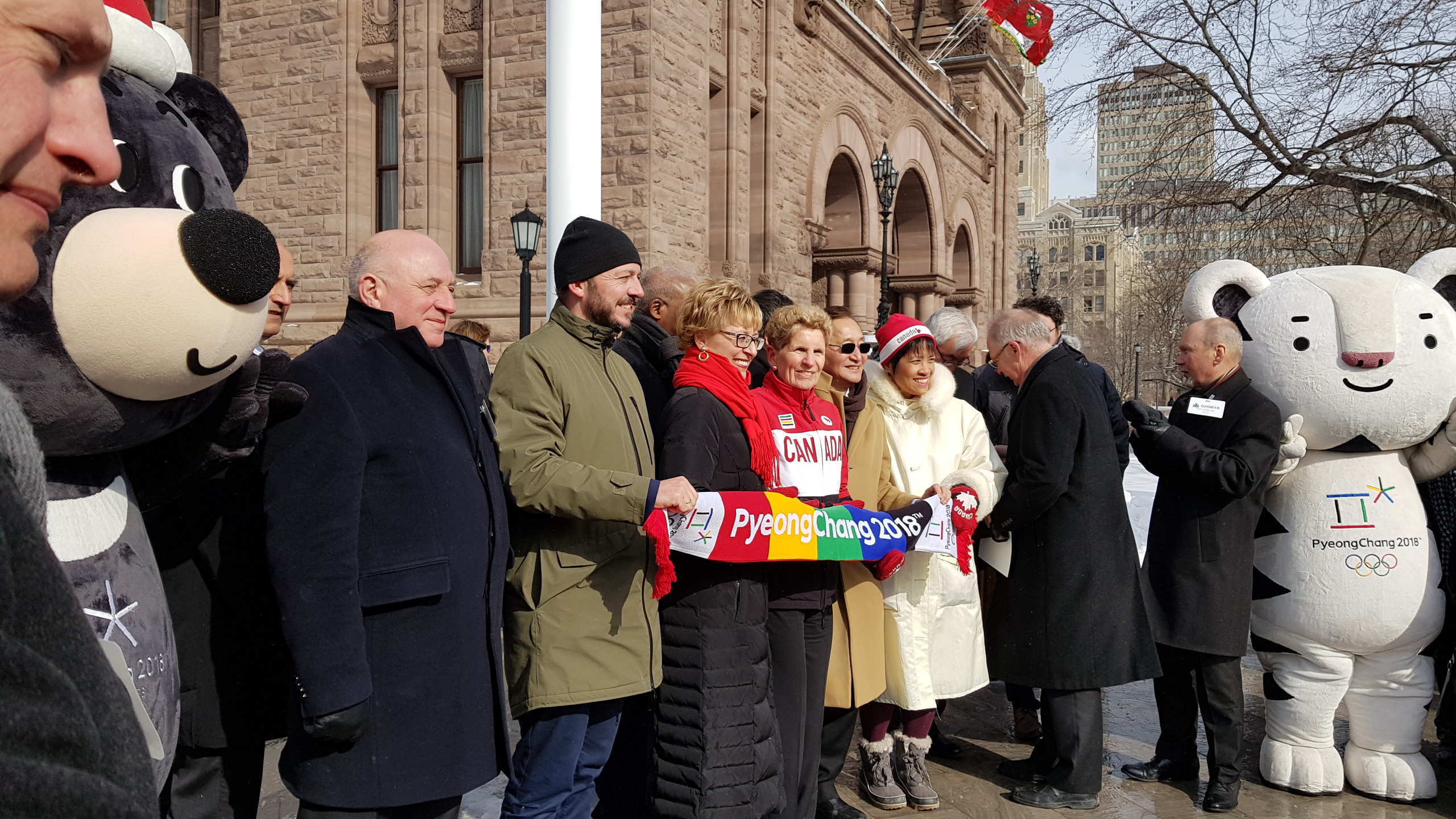 There were 2 events to cheer for PyeongChang 2018 in city of Toronto last week. Korea Tourism Toronto Office presented the official mascots of PyeongChang 2018, Soohorang and Bandabi as well as the back drop for the photo session in both events.

Second one was hosted by the National Unification Advisory Council Canada Toronto Chapter at Legislative Assembly of Ontario on Feb 8th. Premier of Ontario Kathleen Wynne came to give a speech to the Olympic flag raising ceremony.