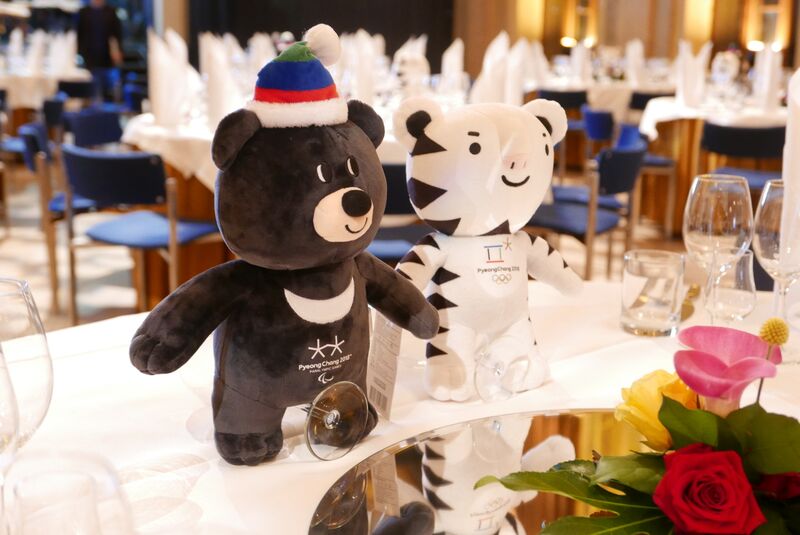 There was a great turnout by the Finnish sports press, influencers and athletes alike. The evening was hosted by Mr. André Noël Chaker and among the VIP's were Finnish IOC member Mrs. Sari Essayah, top management and board members of the Finnish Olympic Committee and top athletes such as speed skater Mika Poutala. All major Finnish media covered the event and the PyeongChang2018 games gained much attention in the Finnish TV, digital and print media. The event was one of the largest gatherings of top Finnish Sports influencers after the annual Finnish Sports Gala.

The evening gave a snap-shot of next year’s Winter Olympic Games, in terms of venues and infrastructure, the regional tourism potential of the Gangwondo region and the legacy this event will provide in the form the new rail connection between Seoul and the PyeongChang cluster. It was also the chance to introduce and connect the official Authorised Ticket Seller (ATR) ‘Elamys Group’ to the travel trade and media in Finland.

What you need to know about PyeongChang2018

·         From 9 to 25 February 2018, the city of PyeongChang will welcome nearly 5,000 athletes from nearly 100 nations for the first Winter Olympics to be held on South Korean soil. Athletes will compete for over 102 gold medals in 15 disciplines in 7 sports.

·         In total, 12 venues split between the PyeongChang Mountain cluster and neighbouring city Gangneung coastal cluster will be used during the 17 days of the Games.

·         50,000-capacity Olympic Stadium, which will host the opening and closing ceremonies, is one of six new venues being built.

·         A white tiger named "Soohorang" and an Asiatic black bear named "Bandabi" will serve as mascots for the 2018 PyeongChang Winter Olympics.