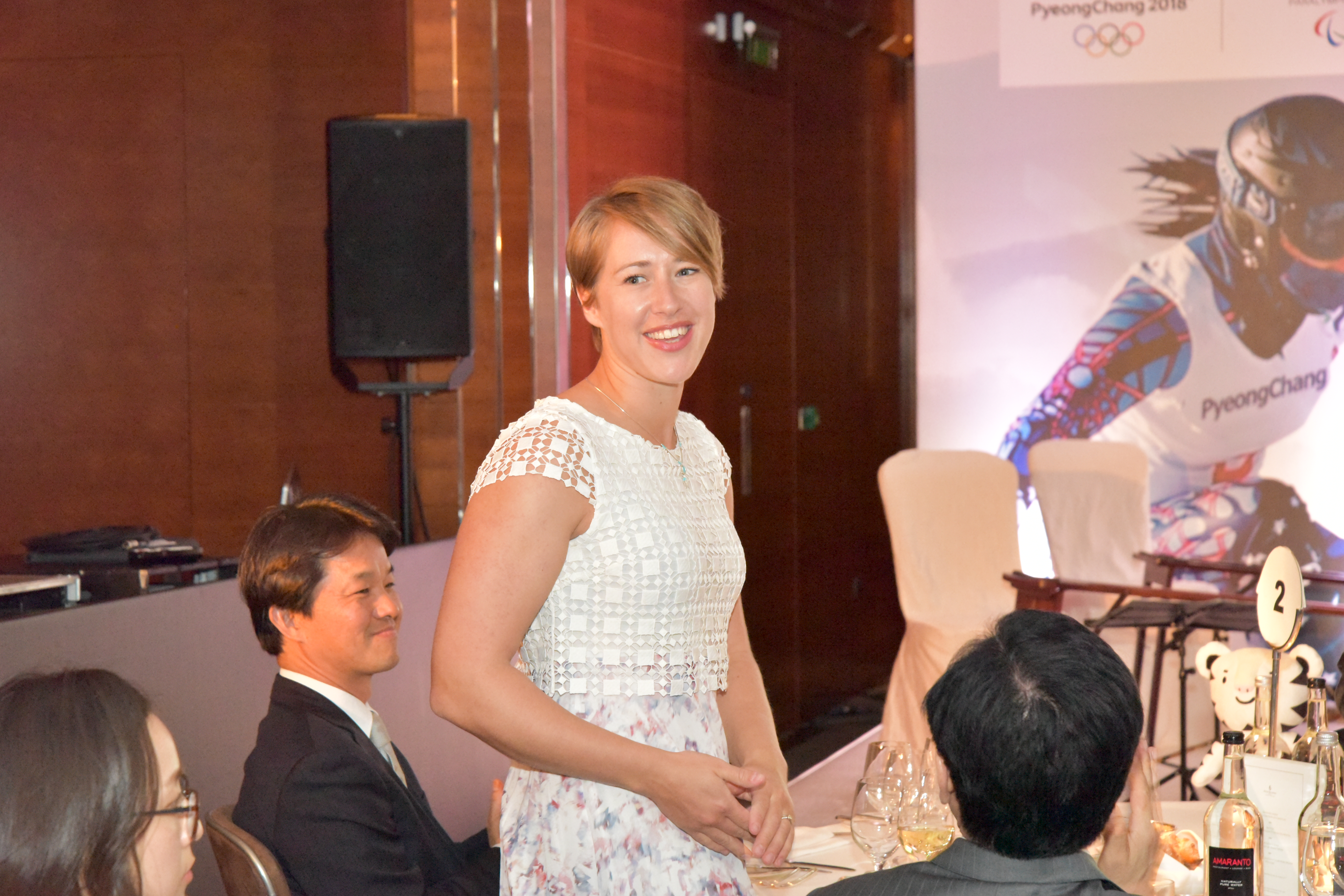 The evening gave a snap-shot of next year’s Winter Olympic Games, in terms of venues and infrastructure, the regional tourism potential of the Gangwondo region and the legacy this event will provide in the form the new rail connection between Seoul and the PyeongChang cluster. It was also the chance to introduce and connect the official Authorised Ticket Seller (ATR) ‘Sports Travel & Hospitality Group’ (STH) to the travel trade and media here in the UK. STH will soon launch Team GB Live, a platform developed in partnership with Team GB to enable those wishing to book ticket inclusive travel packages to the Games.

Members of TeamGB including the British Olympic Association Chairman, Rt Hon Sir Hugh Robertson were present and British Skeleton racer and current Olympic Gold Medallist Lizzie Yarnold MBE was the star turn at the event bringing yet more glamour to a prestigious event.

What you need to know about PyeongChang2018

·         From 9 to 25 February 2018, the city of PyeongChang will welcome nearly 5,000 athletes from nearly 100 nations for the first Winter Olympics to be held on South Korean soil. Athletes will compete for over 102 gold medals in 15 disciplines in 7 sports.

·         In total, 12 venues split between the PyeongChang Mountain cluster and neighbouring city Gangneung coastal cluster will be used during the 17 days of the Games.

·         50,000-capacity Olympic Stadium, which will host the opening and closing ceremonies, is one of six new venues being built.

·         A white tiger named "Soohorang" and an Asiatic black bear named "Bandabi" will serve as mascots for the 2018 PyeongChang Winter Olympics.