After five concert performances and with some 58,000 concert attendees in all, Big Bang has successfully concluded the North and South American leg of its global concert tour.

The Peru concert marked the group’s final show in the Americas after performing in front of sold-out crowds in L.A. on November 2 and 3 and in New Jersey on November 8 and 9.

Tickets for Big Bang′s Peru concert were heavily in demand, as additional tickets, mad available on the day of the concert, all sold out, bringing a total of some 10,000 fans to the concert. 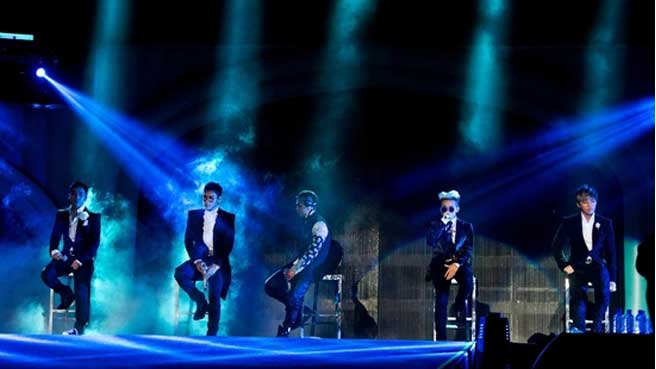 YG Entertainment added, “It wasn’t only fans from Peru but Ecuador, Mexico, Bolivia, Argentina, Brazil, Venezuela, Chile, Panama, Columbia and more who came to the concert site waving their respective country flags and enjoying the concert to make it seem like a ‘joint South American music festival’.”

Big Bang’s visit to the South American nation was also a boost for tourism in Korea and a visitor’s booth set up near the concert venue promoting tourism in Korea was highly popular with the local fans.

Big Bang will next head to Japan to kick off its Japan leg tour on November 23 and 24 at Osaka’s Kyocera Dome.

Article from CJ E&M enewsWorld(www.enewsworld.com)Any copying, republication or redistribution of enewsWorld's content other than for porsonal uses is expressly prohibited widthout prior permission from enewsWorld. Copyright infringement is subject to criminal and civil penaltles.