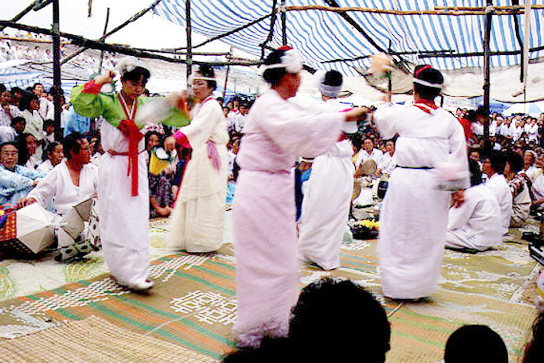 The Gangneung Danoje Festival is held the day after or before of every May, the fifth day of the fifth month of the year according to the lunar calendar. It holds a good cultural value as an Korea's Masterpieces of the Oral and Intangible Heritage of Humanity in demonstrating a confucian festive rite that harmonized well with the concepts of shamnism and Buddihsm.

Dano shamanic ritual called gut to give thanks to the nature of Gods and traditional games and performances such as a circus can be enjoyed during the festival.

Also, the national largest open market is also held for the visitors to buy local products and handcrfts.