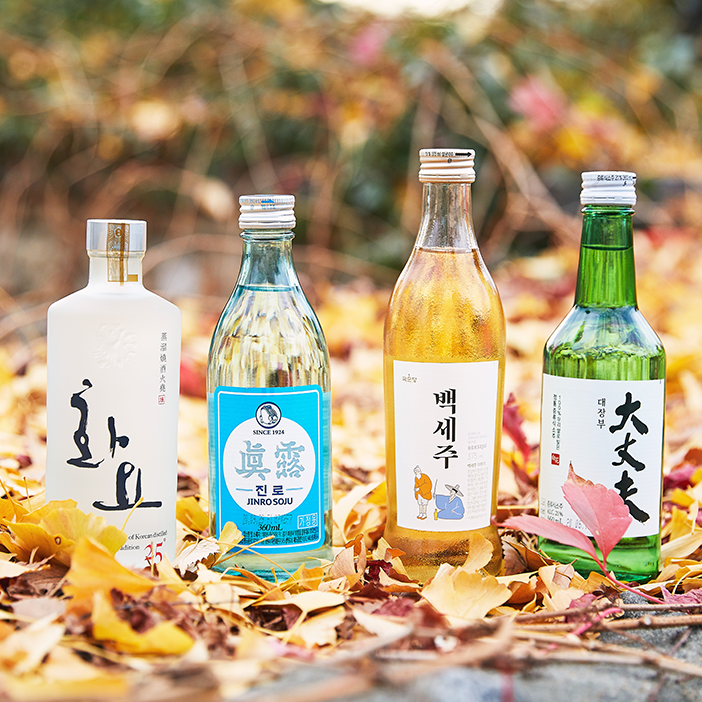 While soju is a Korean icon, it isn’t the only alcohol available! You can enjoy Korean takes on beer, or a more refined version of soju. If you really want to delve into Korean culture, check out some of the traditional alcohols. If you try something you like, buy a bottle to take home and share with friends!
* Alcohol importation allowance will vary by country and airline; please confirm before purchasing
Craft beer Convenience stores and supermarkets across Korea are selling craft beer good enough to take home as souvenirs! These beer cans are themed after attractions and regions throughout the country, from the pretty packaging to their unique names. Popular items include the Seongsan Ilchulbong Ale and Baengnokdam Ale, both from Jeju Beer Company using pure water from Jeju. For beer representing popular attractions in Seoul, we recommend Namsan Ale and Gyeongbok Ale.
Helpful tips

Premium soju Premium soju is a class above the general soju sold at restaurants. While not considered a traditional alcohol, premium soju uses traditional brewing methods for a higher-quality product. They also have a higher alcohol content, at 21~25% compared to the typical 14~16% of regular soju. They also have a smoother taste, due to there being no additives. Of course, all these selling points make premium soju a bit pricey, but they aren’t as expensive as traditional alcohols. The most popular brands are Daejangbu, Hwayo, and Jinro Soju.
Helpful tips