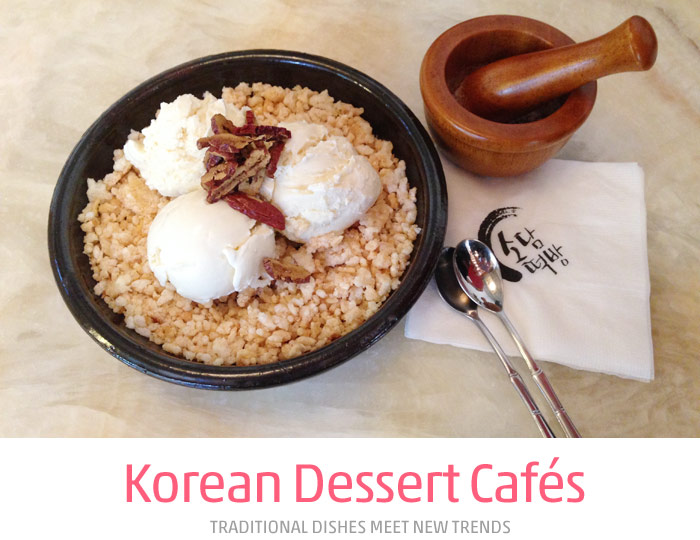 Go back to the main page of this article 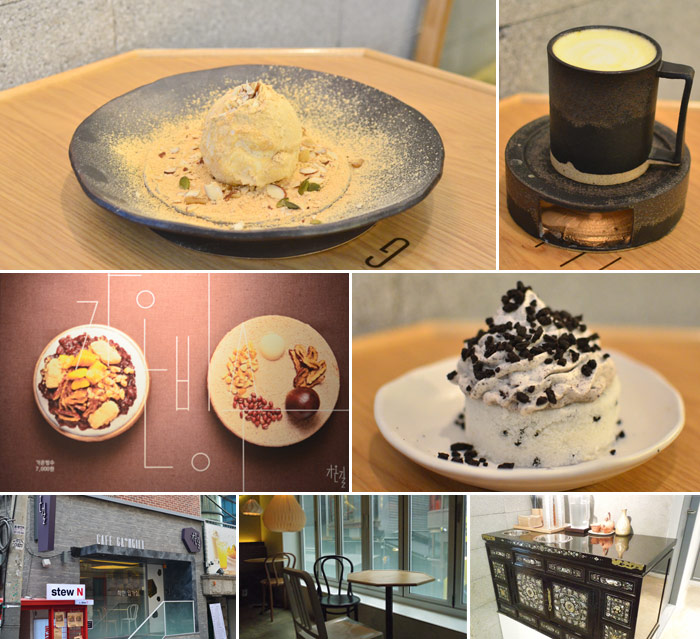 The Korean dessert café Gaongill offers many kinds of desserts including gelato, bingsu (shaved ice with various toppings), and rice cakes that are made using some of the most distinctive ingredients in Korea.

The menu items at Gaongill have the word “chakhan” (meaning nice and kind in Korean) attached to them like the chakhan latte and chakhan bingsu. This is to ensure customers that the food and drinks sold at Gaongill are made with domestic ingredients.

The items featured in the above photos are injeolmi chaltteok ice, cookies & cream seolgi cake, and sweet pumpkin latte. The injeolmi chaltteok ice is a thin, flat glutinous rice cake topped with ice cream and sprinkled with bean flour. The cookies & cream seolgi cake is steamed non-glutinous rice cake topped with sweet cookies and cream. Besides these, the café has a delightful selection of desserts made with unique ingredients like ginger, chestnut, sweet potato, black soybean, red bean, mung bean, Goryeo ginseng, mugwort, and more.

Gaongill is also popular for offering a variety of bingsu that feature unique toppings like mung bean, persimmon punch, mixed grain powdered milk, black soybean, and royal honey. If you are looking for variety in taste, try the delicious Korean desserts at Gaongill! 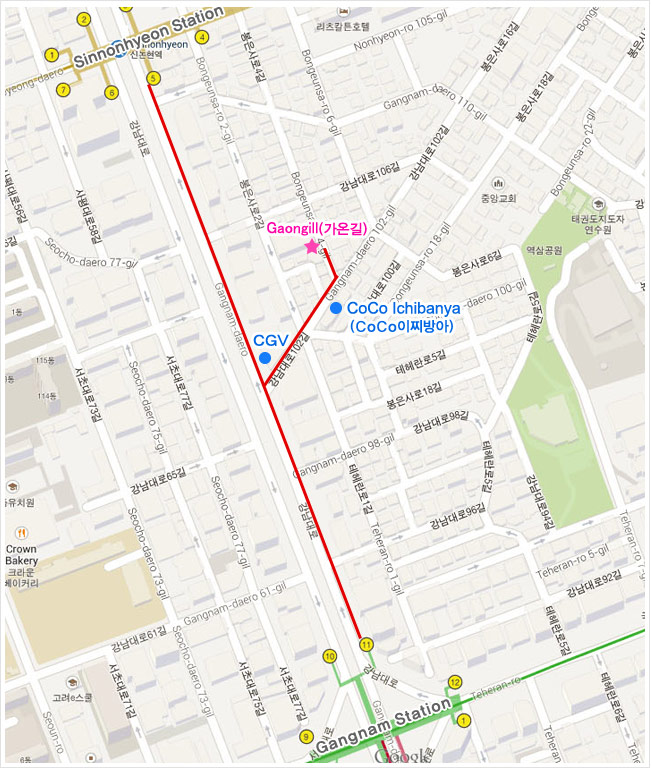