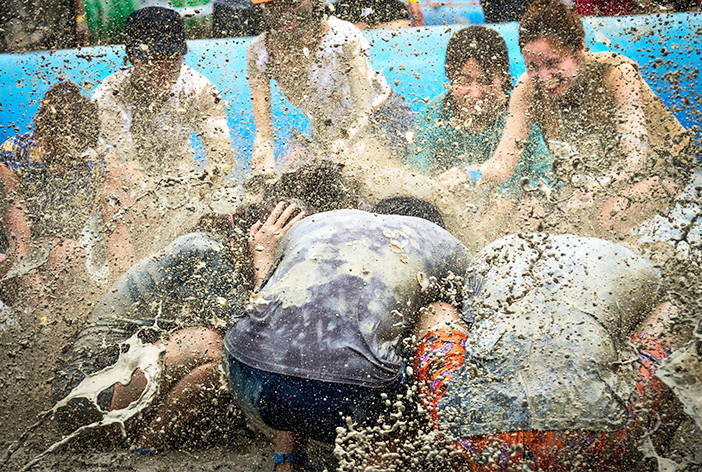 Summer is a time for fun vacations and outings with family and friends. Wherever one’s destination in Korea may be, check out some of these fascinating summer festivals to help you forget the scorching heat. 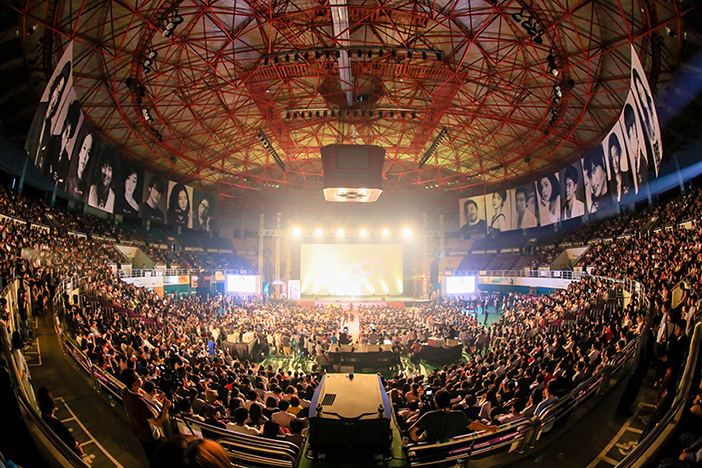 Bucheon International Film Festival screens independent movies from all over the world, and offers a chance to engage in free-style conversations with directors. The festival showcases movies from a variety of genres, including horror, mystery, thriller, and sci-fi. 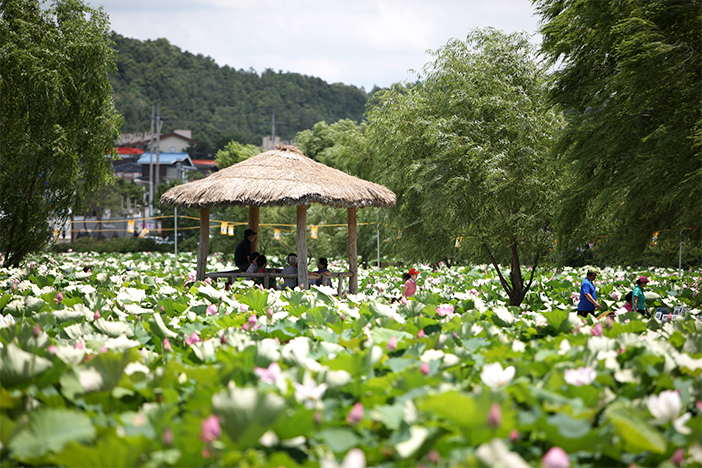 The Buyeo Seodong Lotus Festival is held at Gungnamji, the first man-made pond in the nation. Visitors can view many lotus flower varieties, including red and white lotuses as well as water lilies. At night, the pond is illuminated with LED lights and sculptures. The most popular event at the festival is the performance showcasing the love story between Prince Seodong (King Muwang’s childhood name) and Princess Seonhwa. Other programs include trying foods made with lotus and taking part in a lotus leaf tea ceremony demonstration. 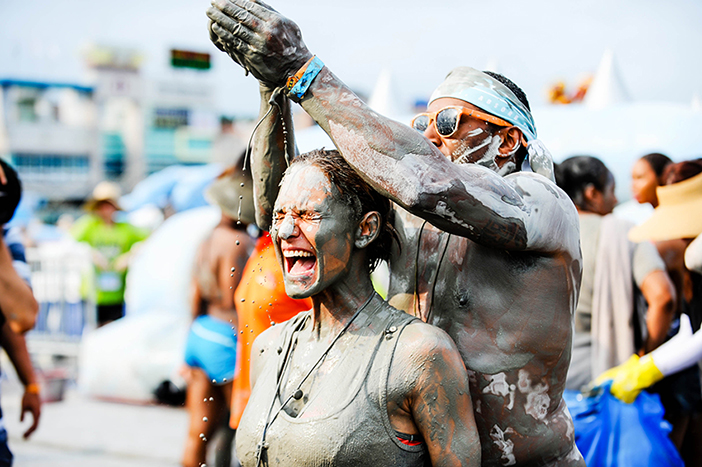 At the Boryeong Mud Festival, visitors jump into a huge pool of mud for more than just fun, as Boryeong mud is well-known for its excellent quality and efficacy. This fun, action-packed festival is popular among local and international visitors because it offers various programs such as the mud massage pack, colored-mud body painting, and mud soap-making. 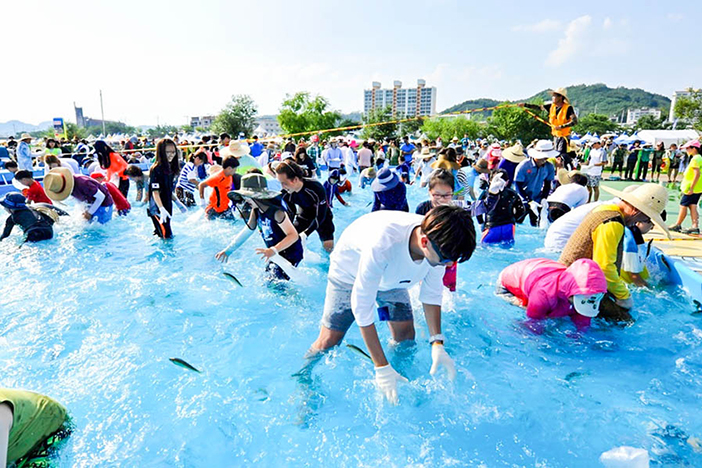 Bonghwa Sweetfish Festival is held in the pure waters of Naeseongcheon Stream in Bonghwa-gun. The festival focuses on sweetfish, small freshwater fish that have a light watermelon scent. The main programs are catching sweet fish with a net or with just one’s bare hands, and sweetfish-related exhibits. 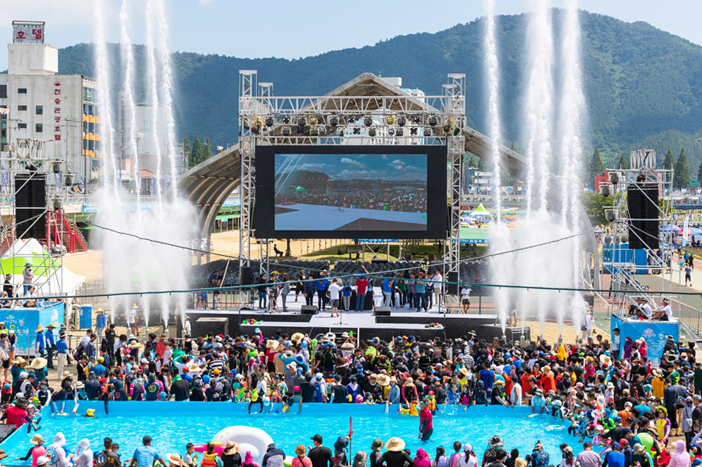 The Jeongnamjin Jangheung Water Festival has its foundations in the waters of the Tamjingang River and Jangheung Multipurpose Dam in Jangheung. The festival teaches the value of water for the environment, humans, and energy in many ways through exhibits, films, and hands-on programs. Exciting summer water programs such as riding in wooden boats, on rafts, or water cycling are popular among visitors. 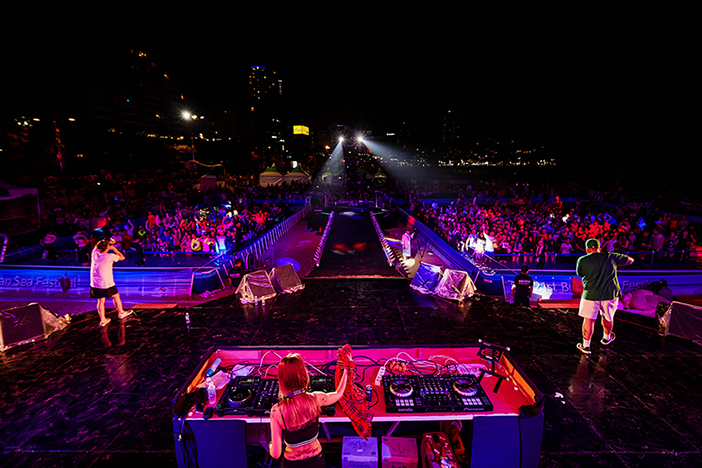 The Busan Sea Festival is a huge event that combines several events and festivals, such as a rock music festival, a beach dance festival, and a number of water sports. Concerts on the beach are a highlight of the festival, along with the night pool party, water carnival, and Gwangalli dance party. 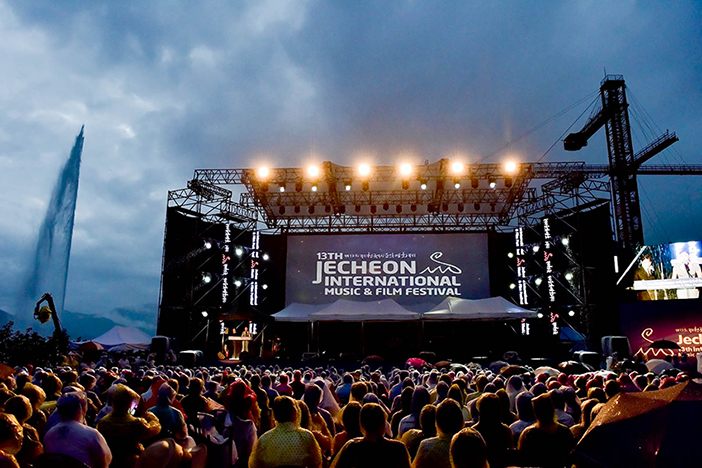 The Jecheon International Music & Film Festival showcases movies, documentaries, and animated films, focusing on the music used in the film industry. In addition to over 100 films showing during the festival period, musicians will also perform in locations all throughout the city. 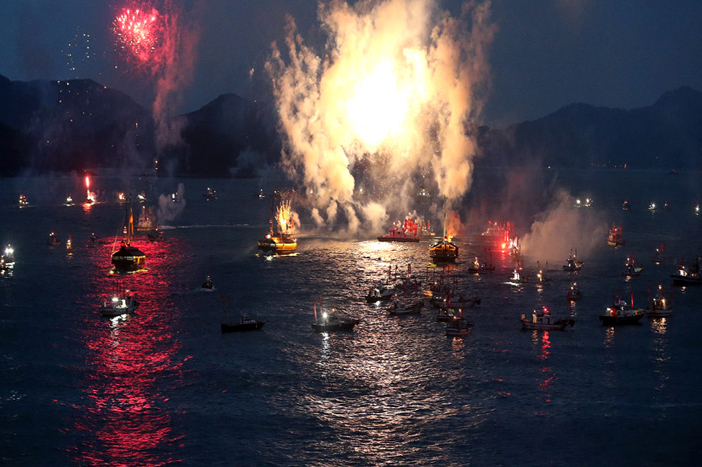 The Tongyeong Great Battle of Hansan Festival is held to commemorate the patriotism of Admiral Yi Sun-sin (1545-1598), who led his people to victory during the Imjin War (1592-1598). The festival features a parade for Yi Sun-sin and a recreation of the Great Battle of Hansan, as well as ocean sports and hands-on experiences such as making models of geobukseon (iron-clad turtle ship built by Admiral Yi during the Imjin War) and arrows.

* Festival dates and schedules are subject to change.

* This column was last updated in July 2020, and therefore information may differ from what is presented here. We advise you to check details before visiting.