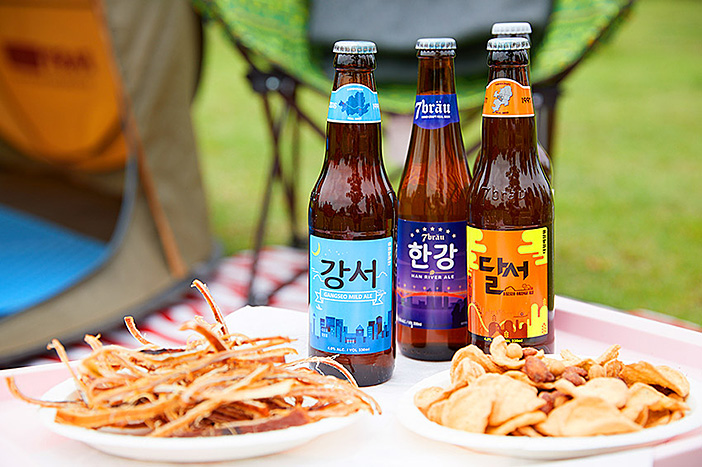 Step aside, soju! From drinking in front of convenience stores to chimaek, one of Korea’s most popular late-night snacks, beer has made it to the forefront of Korea’s modern drinking culture. Craft breweries throughout the nation have made this change possible! However, you don’t have to travel far to enjoy these refreshments; there are plenty of bars and pubs in the Seoul area serving these regional brews!

Q. What is beer made out of?
A. All beers are made from various combinations of four ingredients, namely water, malt, hops, and yeast. Additional ingredients can be added for flavoring.
Q. What types of beer are there?
A. Beer is largely classified as either ale or lager. Ale is top-fermented at high temperatures of 15 to 25 degrees Celsius, and takes around three weeks for completion. Ale typically has less carbonation and a fruitier flavor. Lager is bottom-fermented at temperatures around 5 to 15 degrees Celsius and takes up to six weeks for completion. Lager is known for its cool, crisp taste. Of course, both ale and lager can be further broken down into wheat beer, pale ale, IPA, stout, and so forth.
Q. How does the taste vary among beer types?
A. The flavor of each type of beer is based on the exact combination of the ingredients. Lighter beers include pilsener, weiss, and golden ale. Stouts and pale ales are in the middle, while IPAs (India pale ales) and porters are a heavier beer. 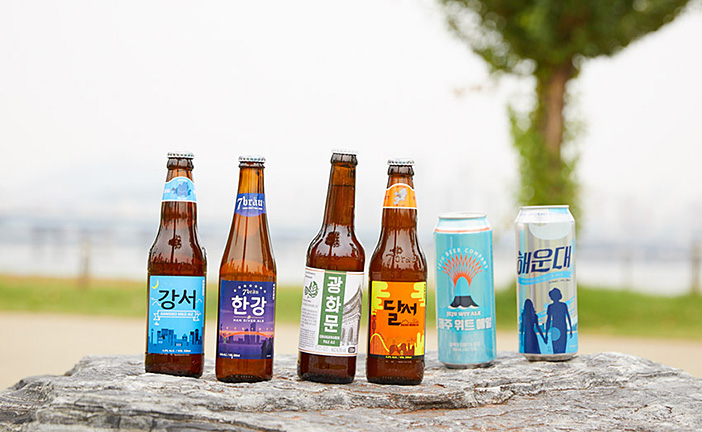 There are tons of locally produced beers, but the favorites are definitely those which have regional names attached, such as Haeundae after the popular beach, or Hangang, bringing up visions of a summer night in the city. These beers are readily available at general marts and convenience stores across the nation. Some of the breweries also operate pubs and restaurants in the capital. The bottle labels are artfully designed to match their names, making for great souvenirs and SNS photos!

- Gwanghwamun: An amber ale, Gwanghhwamun has a taste similar to a light coffee. The main ingredients for the flavor come from caramel malt and root of lily turf. The beer is produced by Korea Craft Brewery.

- Haeundae: This beer is characterized by its slight pineapple scent and smooth taste. This beer, also produced by Korea Craft Brewery, is only canned in order for it to easily be enjoyed at the beach.

- Gangseo Mild Ale: This beer, produced by 7bräu, is named after the Gangseo-gu district in Seoul. It has a strong citrus scent of orange and mango.

- Dalseo Orange Ale: This wheat beer is created from a mix of wheat and barley malt. It has a smooth wheat scent with hints of orange and vanilla. This beer is produced by 7bräu.

- Hangang Ale: This wheat beer produced by 7bräu has a foamy head. Orange peels are mixed with the malt for a crisp flavor. 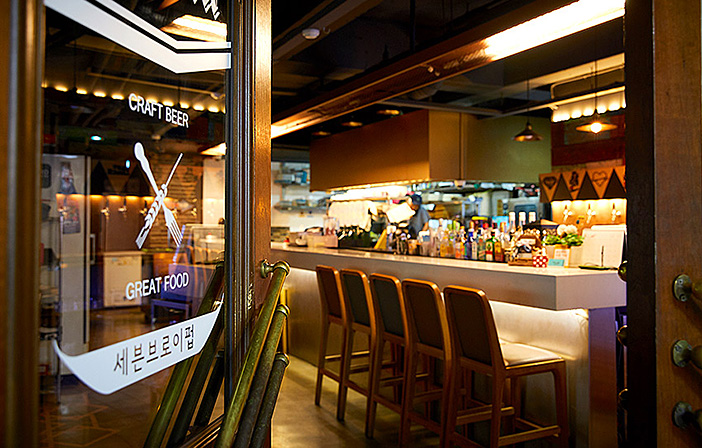 7bräu Pub is owned and operated by the 7bräu Brewery. All of the brewery’s beers are available in their freshest state, including Hangang, Gangseo, Dalseo, Jeolla, Seocho, and Seoul, all recognized as the 2017 official event beer for Cheong Wa Dae events. Try all of the beers to enjoy the many flavors, from sweet to bitter and everything in between! 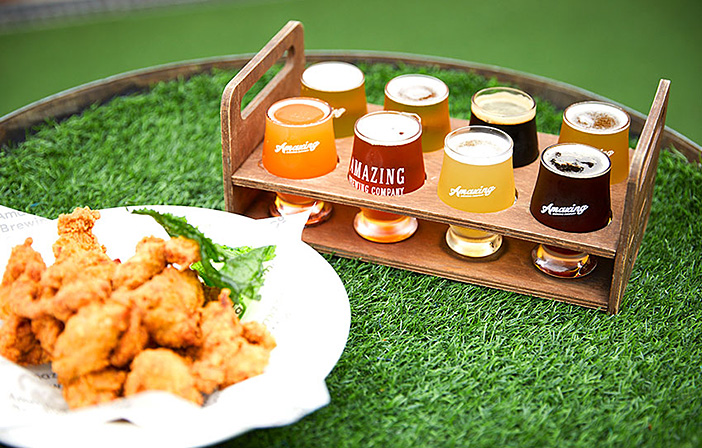 The Amazing Brewing Company has nearly 30 different craft beers on tap. This brewery is known for creating many experimental beers. Their bestseller is First Love, a New England IPA with a sweet taste of tropical fruit, created with the help of Seongsu-dong citizens; over 300,000 glasses have been sold in the past three years. Beers with regional names include Seongsu-dong Pale Ale and Seoul Forest. Check out the brewing process taking place while you enjoy the fruits of the labor! 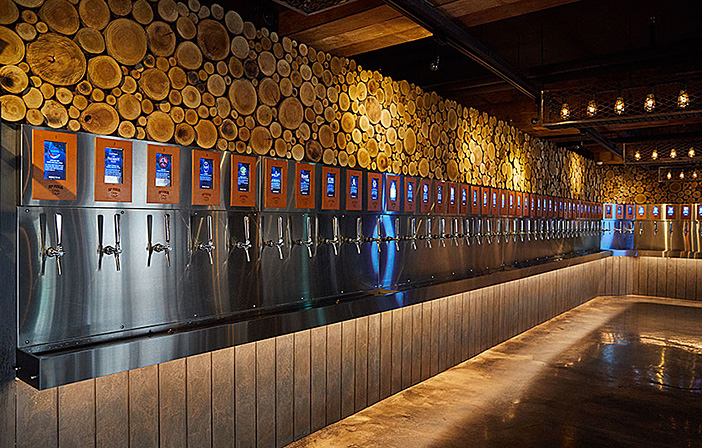 Tap Public is a unique pub restaurant that uses a wristband tag system for guests to access drinks from any of their 60 craft beers on tap. The beers change each season and with so many to choose from, be sure to take your time browsing before picking your beverage. After you have made your selection, grab a glass and hold your wristband over the “tap tap” plate. You are charged for the amount you drink, so we recommend trying just sips of beers you would like to taste before filling up on one. The pub has expanded from their original Itaewon location to include a Gwanghwamun branch as well. 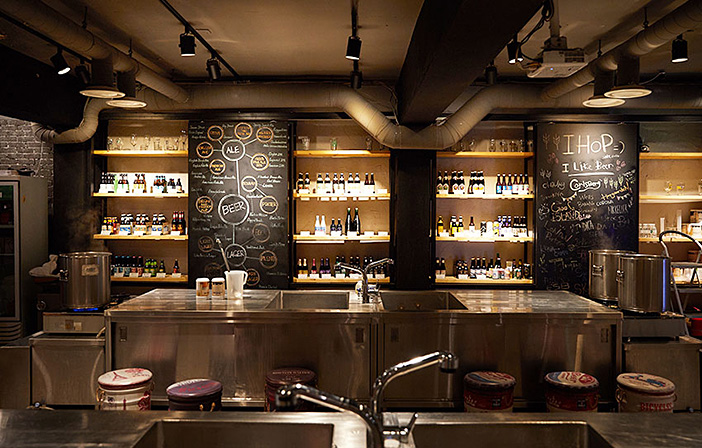 I’HOP Beer brewery opened in 2017 as the largest brewery in Seoul. The facility can make up to eight 20 liter batches with a staff of 40 people. They also offer experience programs, where visitors can get hands-on education on the beer-making process, from start to finish. The full process takes five to six hours, but the class can be shortened to just three hours with advanced reservation. 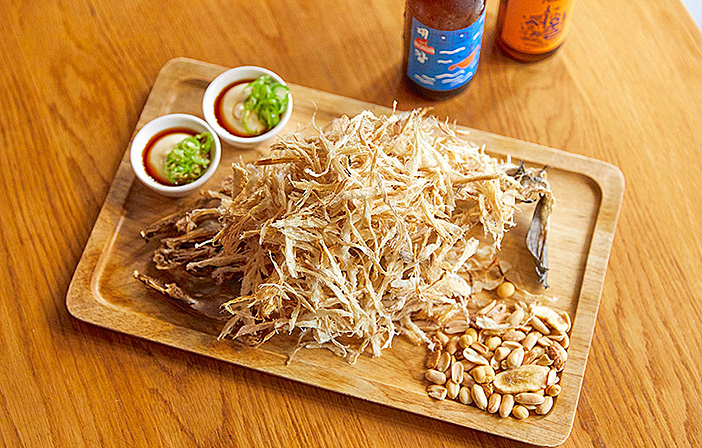 Beer is great on its own but the perfect snack can make it even better! Of course, the standard items such as chicken and pizza are also available. But since you’re in Korea, live a little and try something new! The most popular beer snack among young Koreans is dried seafood such as squid or pollack.

* This column was last updated in June 2019, and therefore information may differ from what is presented here. We advise you to check details before visiting.