On the Road in Daejeon 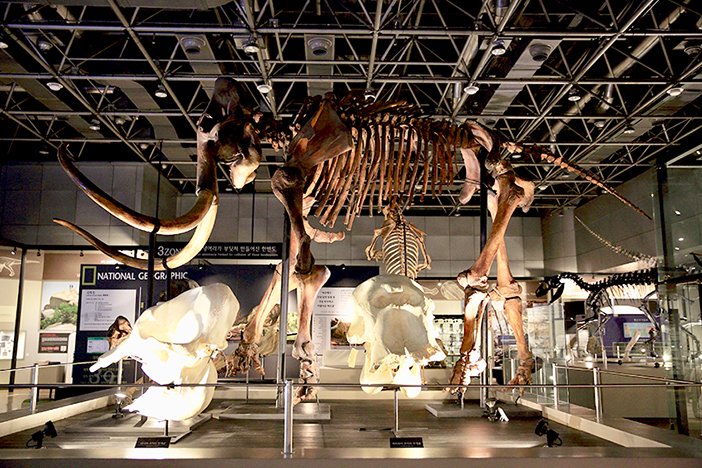 Daejeon is a largely unvisited city, despite its metropolitan designation and central location. Many people are under the misunderstanding that there is nothing unique about the city, and it is therefore unworthy of their time. However, if you do take the time to visit, you’ll quickly realize that the lack of flashy attractions is precisely what makes Daejeon special; you’ll find yourself discovering more about who you are while exploring the city. Daejeon Station began operations on January 1, 1905, with the current building operating since December 1958. According to the 2017 Yearbook of Railroad Statistics, the station came in fourth place for number of users, following Seoul, Dongdaegu, and Busan Stations. The station serves KTX, ITX-Saemaeul, Mugunghwa, and SRT Trains, with KTX trains passing through most frequently. 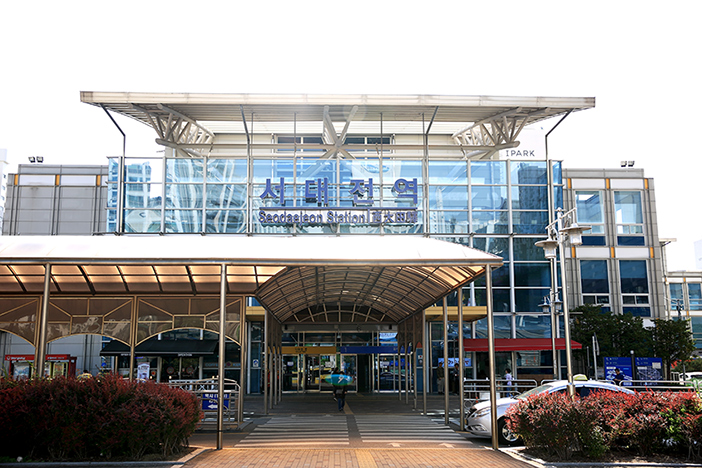 Seodaejeon Station opened in 1936, serving trains on the Honam Line. In April of 2004, KTX trains running to Mokpo and Gwangju also began stopping here. Other trains stopping here include the ITX-Saemaeul and Mugunghwa. The station is just a two-minute walk from Costco Daejeon Branch, as well as near Oryu Market and Oryu-dong Food Street, making it a popular destination for people going shopping. 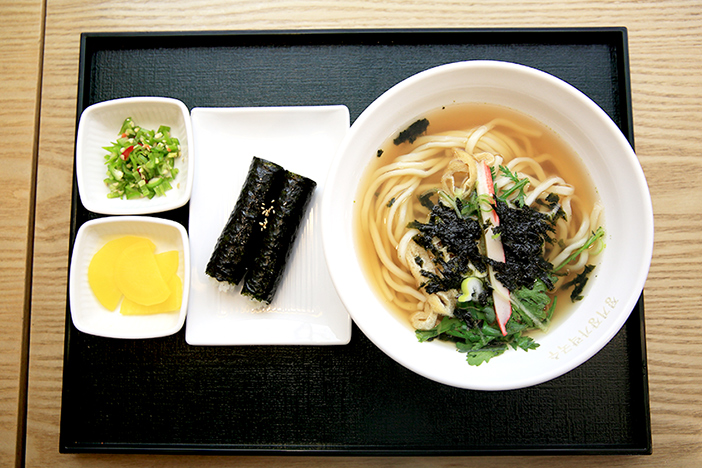 The first stop on any trip to Daejeon has to be for a bowl of garak guksu at Daejeon Station. This warm dish has been famous for decades, back to when the train would make a short stop at the station to change tracks. Passengers had just enough time to get off the train and enjoy a bowl of hearty noodles before departing again. These days the restaurant has moved out of the boarding area but it is still located within the station, with many people stopping in to eat before or after their train journey. 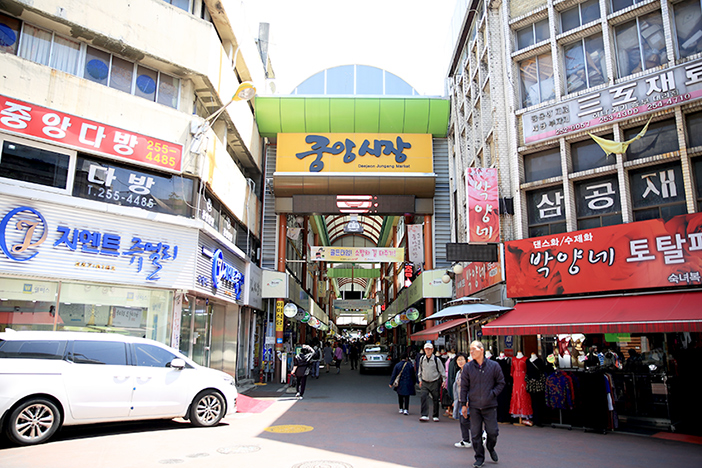 If you want to see the true character of a traditional market, look no further than Daejeon Jungang Market. A short five-minute walk from Daejeon Station, the market is the largest traditional market in the central region. The market is comprised of many specialized markets, including the Jungang General Market, Jungang Shopping District, Jayu Wholesale Market and more; you could nearly fill a whole day with exploring all the shops and stalls. For a light snack, try some of the street foods, including sundae (blood sausage), hotteok (sugar-filled griddlecake), oden (fish cake), mandu (dumplings), gimbap, janchi guksu (noodles in broth), and nurungji (scorched rice). 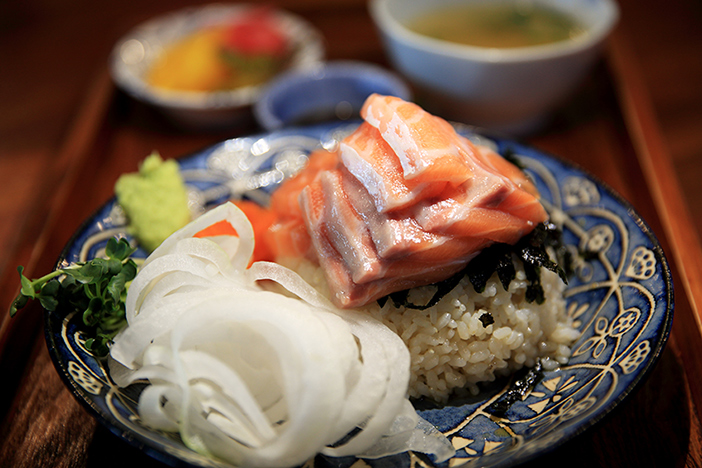 Cheongnyeongudan is a newer attraction, rising to fame after appearing in the TV program, “Baek Jong-won’s Alley Restaurant,” where Baek Jong-won, a Korean celebrity chef, helped them attract customers through menu improvement. The two main dishes are the Monkey burger and yeonppap (raw salmon over rice). The saeu hobak jeon (shrimp and sweet pumpkin pancake) is also worth trying. Using shrimp powder instead of flour, the pancake has a less viscous consistency, but this allows the full flavor of the sweet pumpkin to shine. Because Cheongnyeongudan is still in the early stages of operation, they close at 9PM, although they are often subject to early closure when ingredients sell out; if you want to try their food, be sure to arrive early! 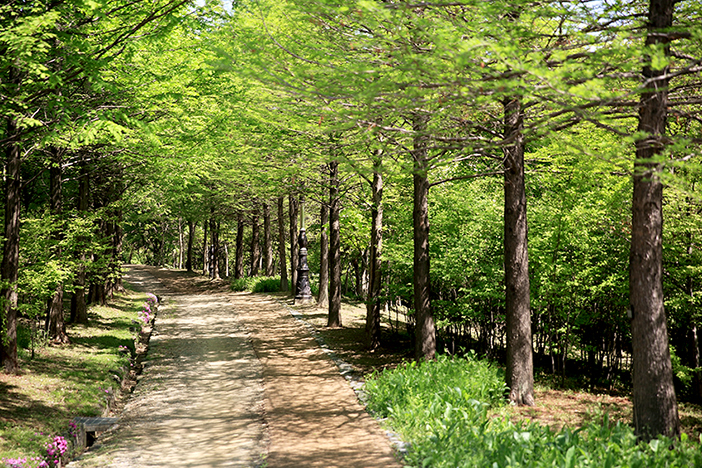 Hanbat Arboretum is a beautiful green space in the city, and is the largest man-made arboretum in the nation. The name Hanbat comes from the old name for Daejeon, meaning “a large collection of fields.” The park is divided into the East and West Gardens, with Expo Citizen’s Plaza in the middle. The West Garden focuses on pine, willow, and oak trees, as well as shrubbery. In comparison, the East Garden offers a rock garden, water garden, ground fountain, observatory and more. The park serves an important role for nature research, in addition to being a citizen’s park, drawing in over 900,000 visitors each year. 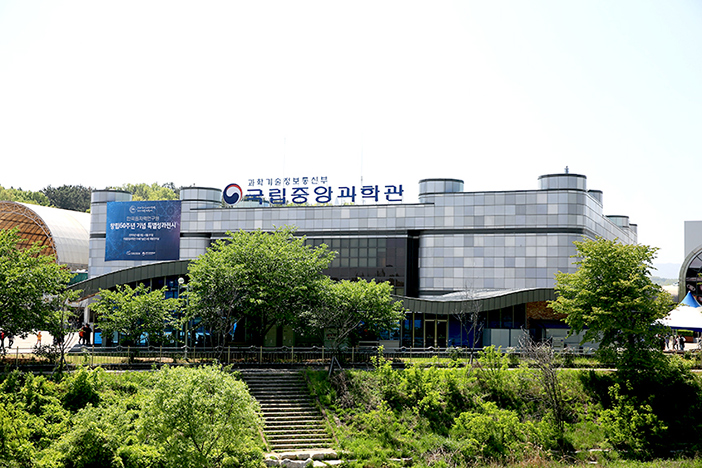 Daejeon is known as “the city of science,” so it’s only fitting that a trip here include a visit to the National Science Museum. The museum has free exhibition spaces, along with four special exhibition halls, requiring paid admission. One of the special exhibitions focuses on the science behind magnetic levitation, and visitors can actually ride on a maglev train! In the Dino Hall, visitors can come face to face with a complete triceratops skeleton! It’s easy to tell it’s a real skeleton and not a replica, due to the complex structure of wires holding the bones together. 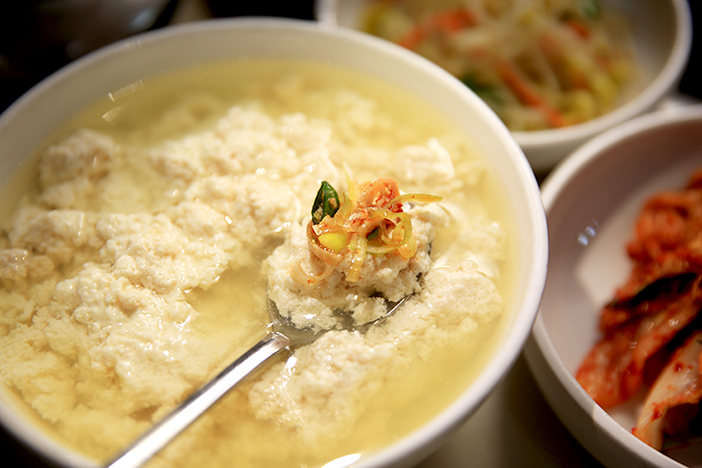 While most places have sundubu (soft tofu), Daejeon sells Pyeongyang Sumdubu! The name comes from the North Korean Hwanghae-do dialect for sundubu. The restaurant has passed through three generations of one family, holding true to the original taste.The base menu is sumdubu and rice, and guests can create the flavor they prefer by controlling the amount of seasoning. Likewise, the side dishes of oi ji (pickled cucumbers), baechu geotjeori (fresh kimchi), and kkakdugi (diced radish kimchi) seem rather simple at first, but their taste is truly addictive! 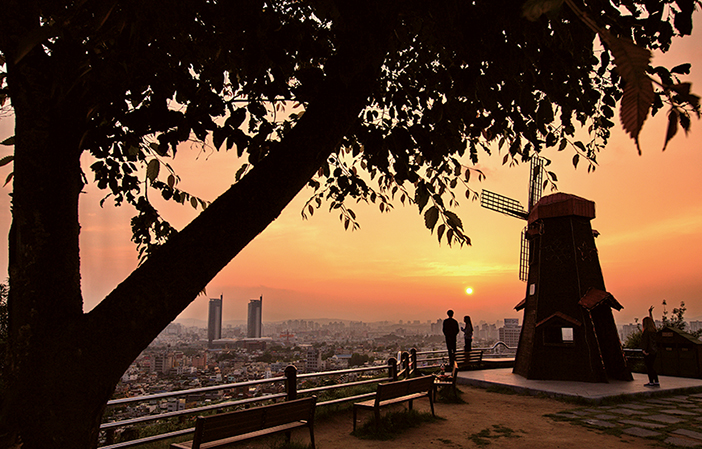 From Daedong Sky Park, you can see Gyejoksan Mountain to the southeast and Bomunsan Mountain to the northwest for a panoramic view of the city. You can see ever-changing scenery day and night, making this attraction a hidden gem of the city. There are also many things to enjoy around the park, including the Love Rock, the hilltop windmill, and coffee shops past the mural village.

* This column was last updated in September 2019, and therefore information may differ from what is presented here. We advise you to check details before visiting