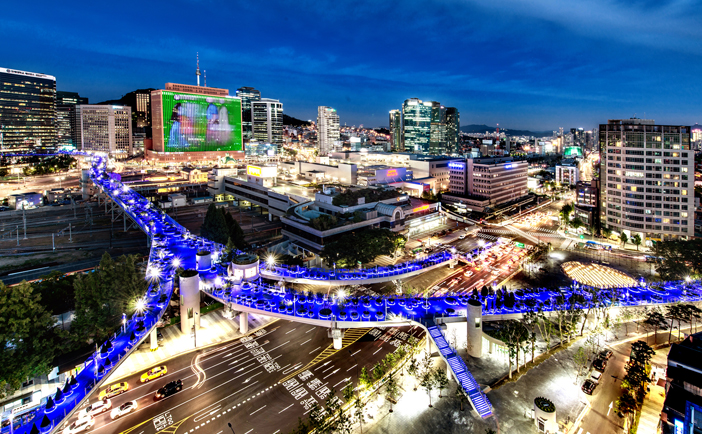 If you’re ready to take off the moment your train arrives at Seoul Station, then head out the doors to Seoullo 7017! Originally an overpass built in the area of Seoul Station in the 1970s, the space has been transformed into a pedestrian walking path, earning the romantic nickname “sky garden.” Seoullo 7017 connects Namdaemun Market with Seoul Station Square and Malli-dong, providing plenty of opportunities to see the many attractions in the surrounding area. The perfect spot to see, rest, and play, visit Seoullo 7017 to find out what all the fuss is about! 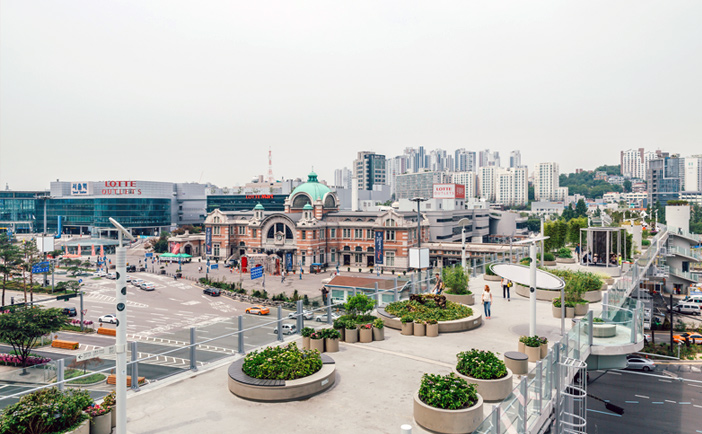 Seoullo 7017 covers a rather short distance, taking on average only 30 minutes to walk completely. However, within this concentrated area are some of Seoul’s landmark attractions, including Namdaemun Market, Seoul Station Square, Namsan Seoul Tower, Sungnyemun Gate, and Seoul Square. These attractions take on a whole new look when seen from the observation points spaced throughout Seoullo 7017, despite being only one floor higher than ground level. 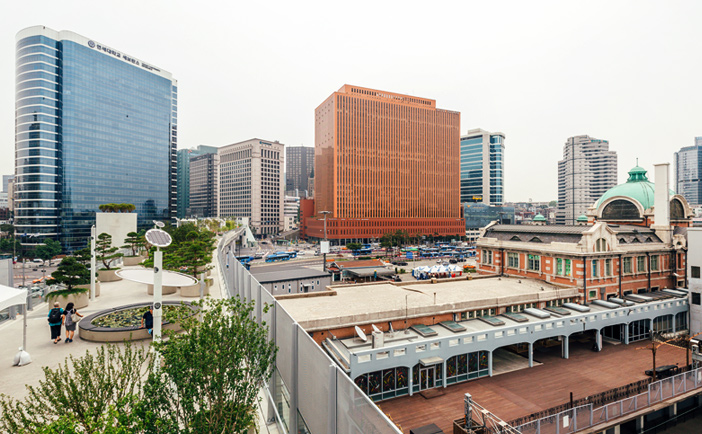 The best place to take a souvenir photo on Seoullo 7017 is Seoul Station Square, with the active hustle and bustle of Seoul Station in the background. Other popular photo spots include the observatories of the nearby Rose Square and Ivy Theater. 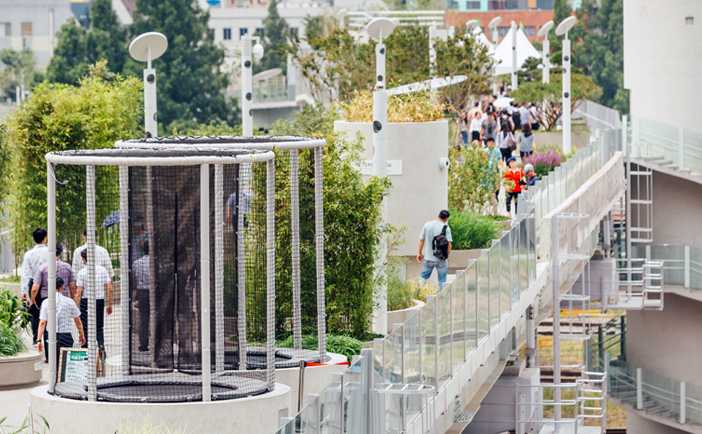 Seoullo 7017 is decorated with plants of all types along the path, arranged in the Korean alphabetical order. There are over 50 types of flowers and 228 tree species, resembling an outdoor arboretum. The vibrant roses planted at Rose Square in particular make for a romantic ambiance. 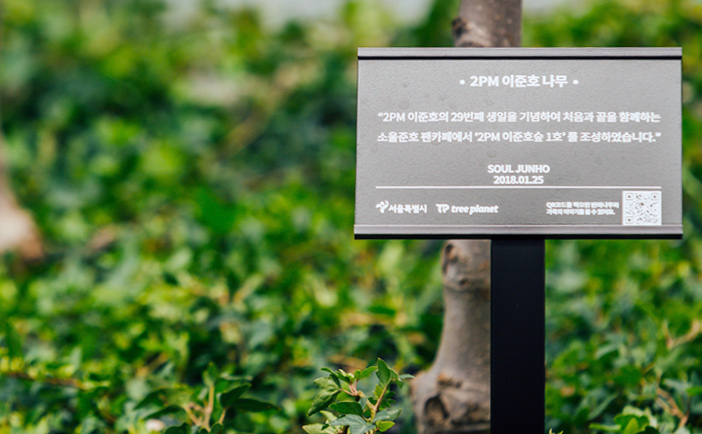 Some uniquely named trees have been planted in the direction of Namdaemun Market. By reading the small black plaques, you can find trees named after 2PM’s Junho, EXO’s Suho, Twice’s Sana and other K-pop stars. These trees were all gifted by the support of each idol’s fan club. 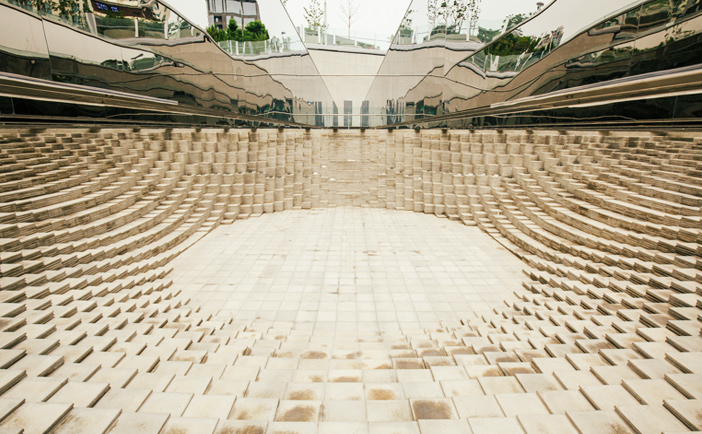 Visitors to Malli-dong Square will be delighted by the large exhibition Yunseul (top photo). This work of art uses a series of mirrored crossbeams to reflect sunlight on the uneven floor, creating an illusion of rippling waves (“yunseul” means rippling waves in Korea). Located at the halfway point of Seoullo 7017 is BangBang Playground (bottom left), featuring trampolines incased in mesh for children to freely jump in and play. Also, don’t miss out on the interesting Curiosity Treepots (bottom right), spy holes located in large pillars along Seoullo 7017. These round viewing ports offer various views of Seoul through videos in three themes. 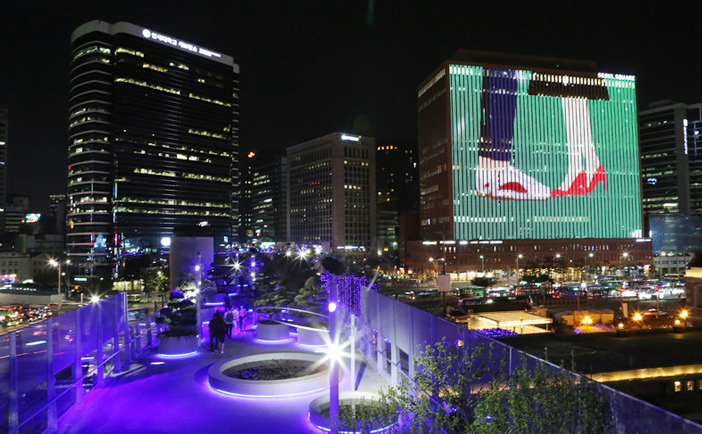 When night falls, Seoullo 7017 transforms into a beautiful imitation of the Milky Way Galaxy stretching overhead; the floor lights and street lamps become a star-filled night sky. The view is enhanced by the lights of Seoul Station, Seoul Square, and Sungnyemun Gate. Create a romantic memory walking hand-in-hand along Seoullo 7017 on a warm summer night.

* This column was last updated in May 2019, and therefore information may differ from what is presented here. We advise you to check details before visiting.