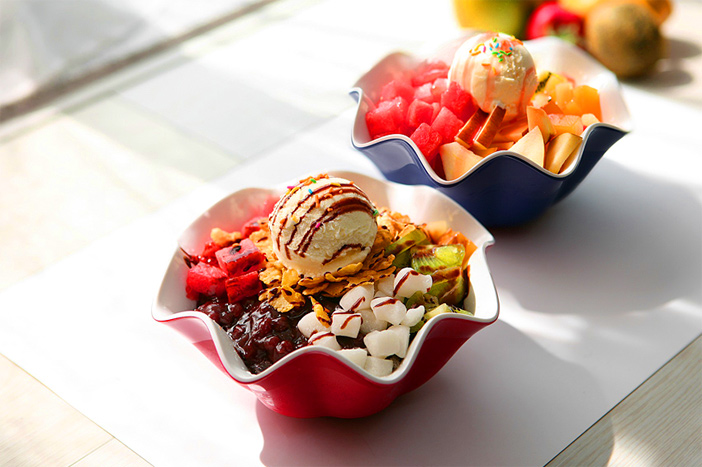 Summer in Korea is in full force by mid-June, bringing with it muggy weather and bouts of heavy rain. As temperatures rise, people try to escape the heat by heading to the beach, the swimming pool, or air-conditioned cafes and malls. In Korea, however, staying healthy and cool during the summer is all about what you eat. Many Koreans try to beat the heat and counteract summer fatigue by eating cool dishes as well as warm, healthy foods that are known for their restorative powers. Keep reading to find out exactly which foods to eat to restore your strength and refresh your spirit Korean style!

The hottest days in Korea are from early July to mid-August. This period is called ‘sambok deowi,’ or ‘the heat of sambok.’ ‘Sambok’ refers to the hottest days in Korea according to the lunar calendar and is further broken down into: chobok, the beginning period; jungbok, the middle; and malbok, the tail end of the summertime heat. Many Koreans eat hot foods full of nutrients during this period based on the idea of “yi yeol chi yeol” (fighting fire with fire).

Since samgyetang (ginseng chicken soup) is packed with nutritious ingredients, it is widely known for its restorative properties. The dish is prepared by taking a young chicken and stuffing it with rice, jujube, garlic, ginger, ginseng, and other herbs. The ingredients are then boiled together and served up in a delicious broth.

Not to be forgotten is the other favorite summertime chicken dish – jjimdak. Jjimdak is a mixture of chicken, hot peppers, mushrooms, carrots, and other vegetables along with glass noodles served in a savory, sweet-and-spicy soy sauce-based broth. Jjimdak is characterized by its spiciness, so it is often paired with a side of dongchimi (radish water kimchi), which helps neutralize some of the spice. If you’re in a restaurant that also sells scorched rice, order a side and enjoy the crunchy texture with the remaining jjimdak sauce.

Another recommendable dish for those who may have lost their appetite due to the heat is naeng kongguksu, noodles in cold soybean soup. The soup is made by soaking cooked soybeans in cold water and then grinding them up with a millstone. Noodles are added and often topped with slices of cucumber, boiled egg, and tomato. For taste, you can add some sugar or salt. Full of protein, this savory dish is particularly invigorating on hot, humid days.

Chogye guksu is a chilled noodle dish made from cooled chicken broth mixed with vinegar and mustard before adding noodles and thinly shredded chicken topping. The name comes from the Korean words for vinegar and chicken (“cho” and “gye” respectively). This dish was once a special winter treat enjoyed in the Hamgyeong-do and Pyeongan-do of North Korea. Nowadays, the dish is a popular summertime treat enjoyed by people all across the nation. Made of lean chicken, medicinal herbs, noodles, and fresh vegetables, chogye guksu boasts a simple, yet strong flavor and a distinctive smell.

Another popular food in Korea is memil guksu (buckwheat noodles), which is served either cold as makguksu or hot as jangguksu. In summer, the most popular buckwheat noodle dish is memilmakguksu, in which noodles are placed in a kimchi broth topped with cucumbers, kimchi, vegetables, meat, and red chili paste. Another favorite dish is memil soba, in which the noodles are served in a soy based-broth that is flavored with ground radish, scallion, and horseradish.

Many people may be familiar with soba, the Japanese word for buckwheat noodles, but there is a slight difference in how the memil guksu and soba are made and consumed. The broth for the Korean memil guksu is made mostly of dried anchovy, while the broth for Japanese soba is made with dried bonito flakes. 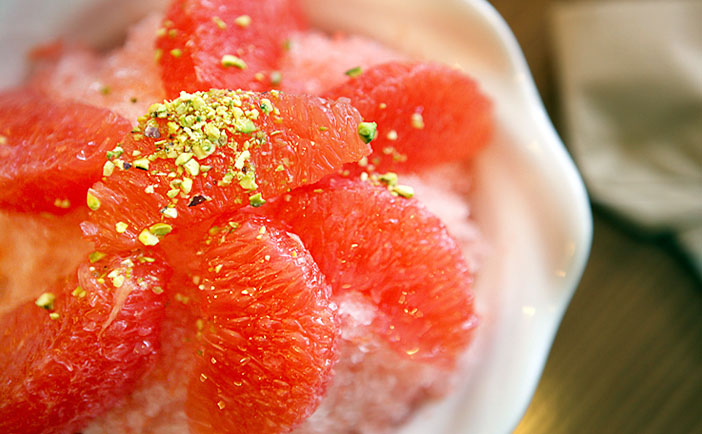 In Korea, one of the most popular summer desserts is none other than bingsu. Bingsu is a dessert made of shaved ice usually topped with red beans, fruits, rice cake pieces, sweetened milk, ice cream, and fruit syrup. While the original pat bingsu (shaved ice with sweetened red beans) is still enjoyed, a wide array of bingsu like fruit bingsu, mango bingsu, green tea bingsu, and coffee bingsu rose to popularity in the recent years. In summer, Korea becomes heaven for bingsu lovers as most cafés, bakeries and fast food restaurants sell a variety of bingsu!

* This column was last updated in June 2018, and therefore information may differ from what is presented here.