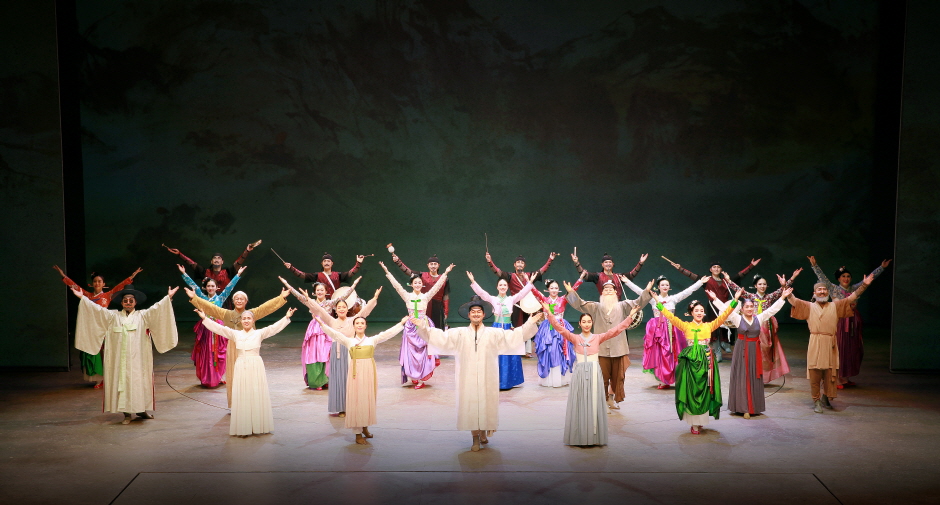 Introduction
Jeongseon Arirang, a musical performance, takes place at the Jeongseon Arirang Center in Jeongseon on days when the Jeongseon Fifth-day Market is taking place. The musical aims to preserve and promote the local cultural intangible heritage of Jeongseon Arirang. Started in 2018, the musical continues to capture the attention of its audience. The performance tells the story of a Joseon dynasty lumberjack, Gimok, who leaves his wife, Jeongseon, and daughter, Ari, behind while he goes to the capital to work on the construction of Gyeongbokgung Palace. After fifteen years of no contact, Ari heads to Hanyang in search of her father.After arriving at the palace, they realize the importance of their hometown and families. The story is told through ten musical numbers, each pleasing to the ears and the eyes. After the musical, the audience can also take pictures with the performers. As an added bonus, a 5,000 won Arirang Voucher comes with the purchase of every ticket, and can be used throughout Jeongseon.

Synopsis
A musical open to all visitors that shows a legend of Jeongseon through music, dance, and video.