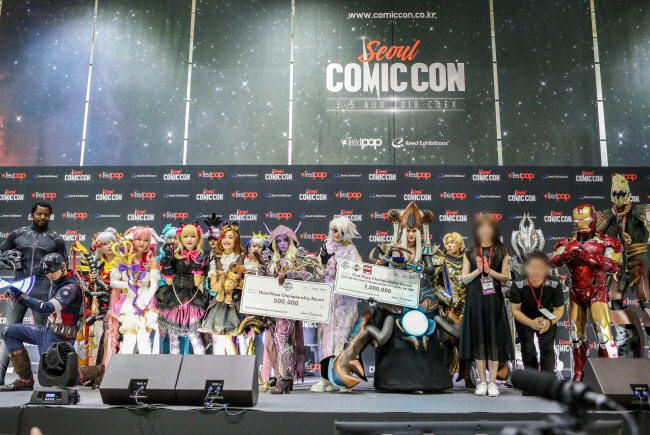 This year’s Comic Con Seoul will take place August 2-4 at COEX. Comic Con, short for Comic Convention, is an international convention not only for comic fans, but also fans of movies, games, animation, and other diverse pop culture entertainment. Comic Con is an annual event that takes place in thirty cities worldwide, namely New York, Paris, London, Sydney, and Seoul, which held its first event in 2017.

Visitors to the convention can meet their favorite characters from movies, dramas, cartoons, games, and more. In addition to showcasing exhibitions and hosting live interviews, Comic Con also has interactive event booths like the Silent Cinema and the Free Play Zone. Silent Cinema allows one to wear a headset and watch a movie or drama in peace whereas the Free Play Zone engages visitors in a competitive battle against each other. Other fun entertainment amenities include the Comic Zone and the DJ Zone.

Admission tickets can be purchased online or on-site on the day of the event. As registration is required before entering the venue, those who purchased tickets online are strongly recommended to complete the registration process ahead of time at Seoul Comic Con’s official website for expedited admission.