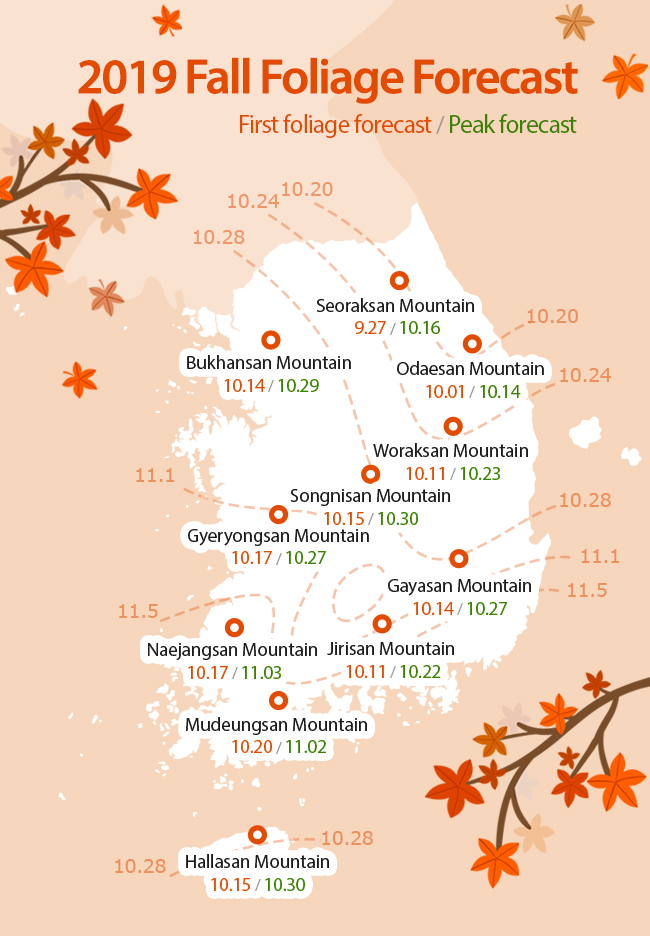 This year’s first fall foliage is estimated begin around the same time or later compared to last year. According to WeatherI Inc., the first foliage is expected be sighted sometime between late September and mid-October.

Seoraksan Mountain will be the first to change in color, estimated to show a glimpse of red and yellow leaves on September 27. The foliage will spread to the central regions between October 14 and 17, while the southern regions, including Jirisan Mountain, start changing to autumn colors from October 11 to 20.

The peak season for fall foliage in Odaesan Mountain and Seoraksan Mountain is forecasted to take place between October 14 to 16, with the central regions reaching their peak from October 27 to October 30 and the southern regions from October 22 to November 3.