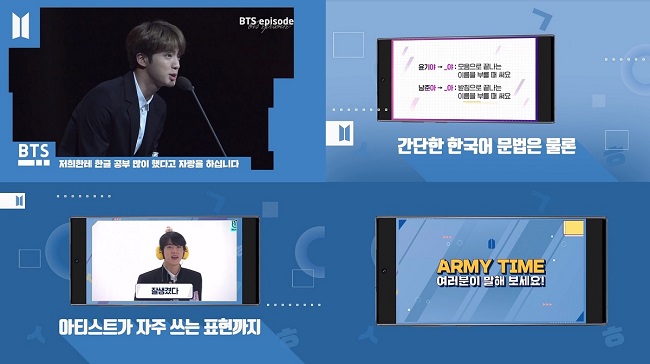 “Learn Korean with BTS” takes the group’s previous reality show and behind the scene series such as “Run BTS! (2015),” “BTS Episode,” and “BANGTAN BOMB” and turns them into an educational show. Viewers can learn Korean phrases and words commonly spoken by the members and get to know Korean culture.

With 30 in total, a new episode is released on Mondays at 9PM on Weverse. Weverse members can watch the episodes for free.