The Republic of Korea (herein after Korea) is a country that more than ten million visitors from abroad come to visit every year. With its long history in culture and tradition, the country has a lot to offer to travelers. Please continue reading to learn general information about Korea before visiting.

The Korean Peninsula is located in North-East Asia. It is surrounded by the ocean on three sides, making it a unique geographical location. With Seoul as its capital city, the landsite is roughly 1,030 km (612 miles) long and 175 km (105 miles) wide at its narrowest point. Korea's total land area is 100,033 square km, neighboring Japan to the east, China to the west, and sharing a northern border with Democratic People's Republic of Korea (North Korea). 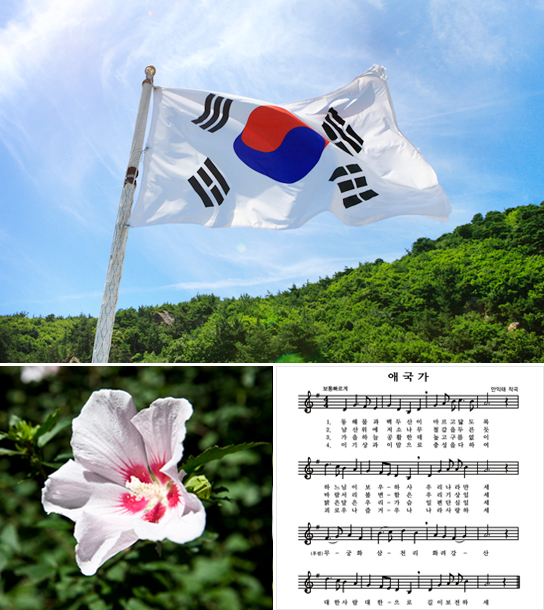 Its design symbolizes the principles of the yin and yang in Oriental philosophy. The circle in the center is divided into two equal parts, where the upper red responds to the active cosmic forces of the yang; conversely, the lower blue section represents the passive cosmic forces of the yin. The flag's background is white, representing Korean’s desire for peace and purity. The circle is surrounded by four trigrams, one in each corner, characterizing continual movement, balance and harmony. Each trigram symbolizes one of the four universal elements (heaven, earth, fire, and water).

The national flower of Korea is mugunghwa, or Rose of Sharon, which comes into bloom from July to October every year. Profusions of the blossom gracefully decorate the entire nation during that time, providing a view which has been loved by all Korean for many years. It is also favorite plant of the people as the flower’s symbolic significance stems from the Korean word ‘mugung’, meaning immortality. This word accurately reflects the enduring nature of Korean culture, and the determination and perseverance of the Korean people.

Aegukga literally means 'a song expressing one’s love towards their country' in Korean, and that was the exact reason this anthem came to be born. Since its creation, the song has undergone several versions of transition; however, it remained focused on praising the sense of loyalty to the country. 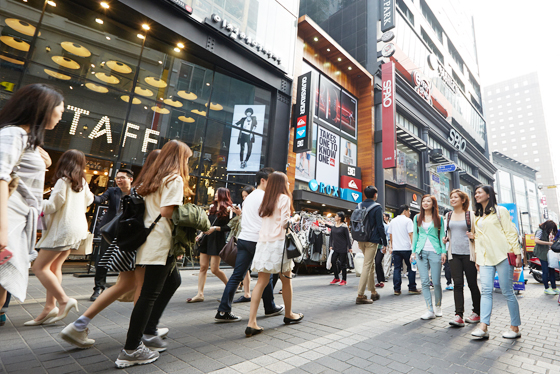 According to the Ministry of Government Administration and Home Affairs, as of July 2015, the total population of Korea is 51,448,183, ranking 26th globally by country. Out of the total population, roughly 20% live in Seoul, the capital city of Korea. Other large and economically advanced cities such as Busan, Incheon, Daegu, Daejeon, Gwangju and Ulsan have higher population densities than other cities in Korea.

* Note: The information provided above is based on the population registered with the Resident Registration System, which means there may be a discrepancy between the reported number and the actual number of people living in Korea.